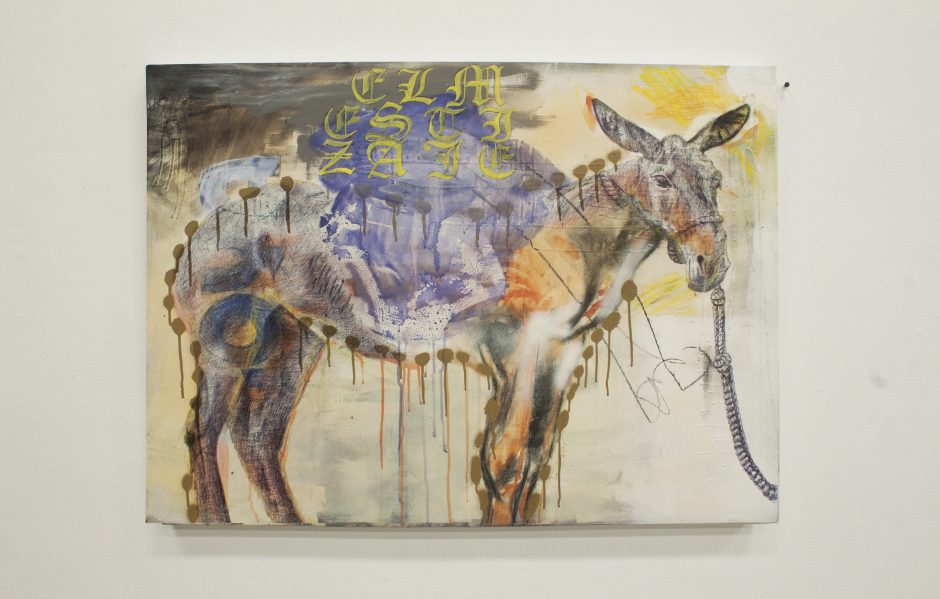 Aged in the enclosed paddock,

shivers running over the flank.

one hoof raised, longing for action

in his steady gaze.

and for a moment he is a foal, a yearling, weanling, colt,

Unlikely in this gelding’s past

that his stockings pushed his feet forcefully into the ground,

left prints like little dishes, or worked up to a full blown gait

along the path of a race track.

He never felt the spring of each frog from the ground,

or the wind that surged through his bristly mane,

strides ahead of the other thoroughbreds,

who could leap any upright

in a perfect bascule,

or balance in a levade, picturesque.

He was not a bronco, mustang, canner, cob,

one who bucked and bolted, barefoot and cold-backed, reared,

who over-reached or dished,

never to be laden with flowers,

Nor was he rosin-back, rig, a rogue,

Not an equine from the manège, but one whose shoes were caked in mud.

At the rotting fence where my fingers cling,

He blows from his nostrils, muzzle quivering, forelock falling into his

There is no space to step back into,

The dead grass is no track,

the saddle in the stable is dusty,

and I no gambler cheering in the stands.

Caroline Breitbach is a sophomore at Loras College where she is majoring in English Creative Writing and Media Studies.  She is also very involved in theatre, both at her school and in the community.  “Horse at the Zoo” first appeared in The Limestone Review.