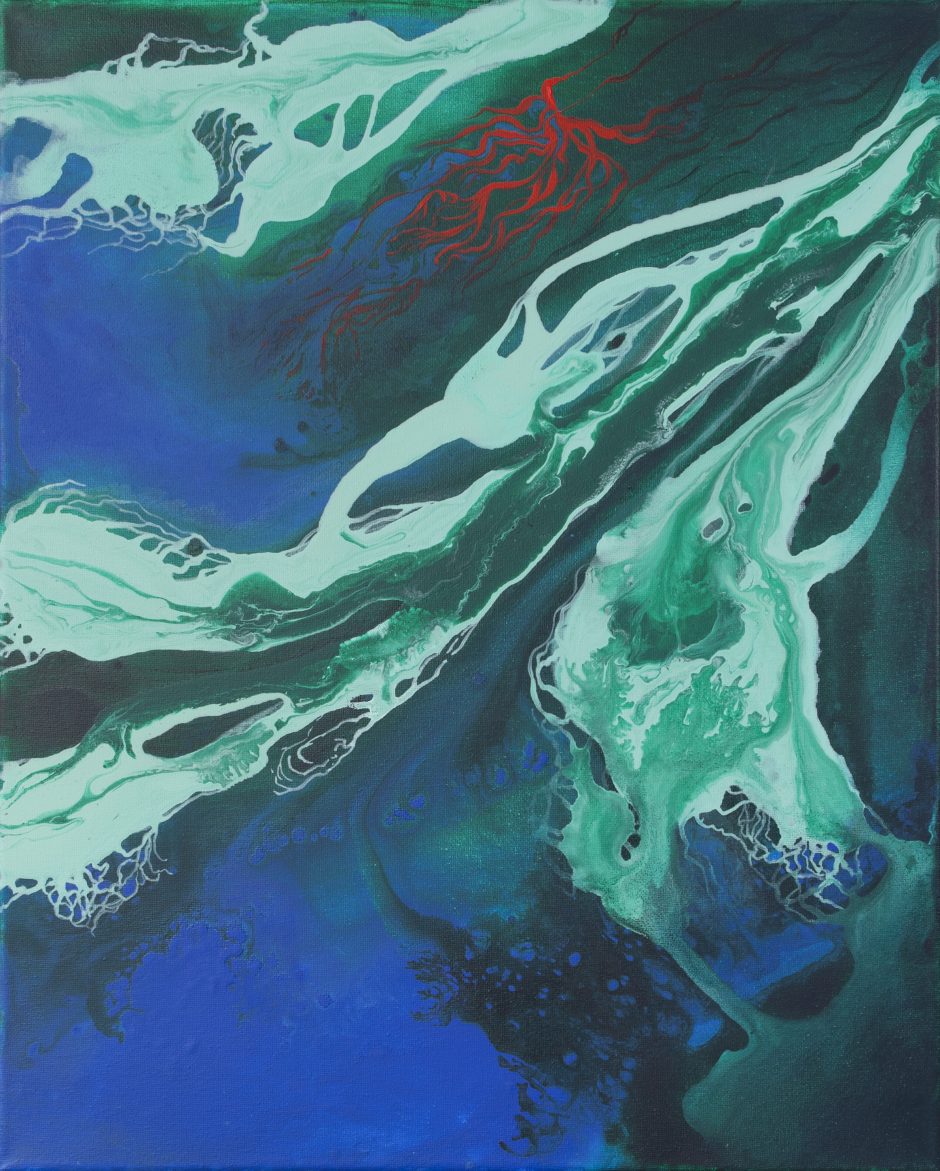 We go to the “Picasso house” today. That’s what Aeden calls it anyway. It’s his
family’s art museum, or what’s left of it. The main atrium, with the arched glass ceilings
and the Roman pillars lining the matte white walls, is the only part that remains in one
piece. There’s still art on display here, lots of dusty white statues without arms and a few
paintings on the wall.

The rest is gone. Well, not gone, but mostly ruined. There’s a lot of rubble.
Sometimes it piles up in the doorways so we can’t even get to certain wings of the
museum. It’s deadly quiet. Our voices echo a lot. Sometimes it’s weird to hear your own
voice talking back to you.

But even though the windows on the ceiling are covered in dust and some are
cracked, it’s still really sunny in the atrium. The day feels like it could last forever in
here. Maybe golden is a better word for it. It’s golden.

We come here a lot. Not just Aeden and I, but also the rest of the boys with us.
There’s a certain familiarity of our bodies spilling into the atrium, flooding into the art.

There’s this vase the boys like to throw around. It’s black with intricate bronze
carvings in it. It’s pretty morbid; the carvings are all different scenes of death. They’re
pretty abstract but from what we can make out, there’s characters dying from disease or
stab wounds or falling off cliffs.

Anyway, they like to throw it around, play catch with it, wear it atop their heads.
They make a game out of it. Dare each other to drop it and shatter it into a million pieces.
Think of how big the echo will be, someone jokes. But no one does.

I sit on the sidelines. Sometimes the entire building groans at once. The walls
shift. The glass cracks a little bit more. The shadows grab like hands. It’s like it’s waking
up.

When we went today, the glass in one of the triangular panes from the ceiling
broke. One of the shards hit Aeden’s shoulder. He said it didn’t bleed because his shirt
protected him. But his shirt was made of satin.

There’s this statue. It’s strange because it’s a full body. It has arms, swinging
from its side. It’s vague, neither a man nor a woman, and its head gazes up towards the
clear ceiling. It also has wings. Golden wings that glint in the golden sunlight. I touched
it once and it was warm. Maybe just from being in the sunlight all the time. Maybe not.

There’s an inscription at the base of it. Some language that no one knows. Maybe
Greek, or Latin, but it feels older than that. It feels unknown. Something else. Some of
the boys make fun of it, pronounce the words written there in silly voices. I see Aeden
knit his eyebrows together every time they do. I think it bothers him. After all, he grew
up in this museum. In a way, he’s closer to this art than any of us.

Aeden found it. This huge leather book that describes every single piece of art
that’s been collected in the museum. We’re all gathered around the statue when he reads
out of it. He says the inscription out loud. The words echo back and they never stop. It’s
so fluent, the way he says them. Like he knows the language. It’s otherworldly. Even
when he tells us the translation, I can still hear him saying those foreign words, except in
his mouth, they don’t sound foreign. They sound like magic, and magic doesn’t sound
real.

There is no life or death, only eternity.

Sometimes I go to the Picasso house without thinking. Sometimes I walk there in
my dreams, only to wake up and realize that I’m there. That I was never dreaming in the
first place.

There’s a quietness that I can never get used to. I’ve seen all the paintings and all
the statues but I still go around and look at them. They’re all vague. People with vague
faces. Vague, but familiar. It’s like the boys, I guess. They’re beautiful with carved
jawlines and gaunt cheekbones, but they’re all the same. They would fit right into the
paintings and sculptures, I think. They’re beautiful, but vague. Sometimes I see my own
face in the glass and I think that I am the same. Vague, vague, vague. Did I always look
this way?

The boys like to play. They have their vase game. They reenact funny scenes from
ancient plays no one else has ever heard of. They smoke. They ride bikes, weaving in
between the statues. I’ve taken to joining in with them. It’s fun. It makes me forget about
the quiet. But everything moves in a blur.

Aeden tucked the book behind the statue. The one with all the descriptions of the
art that he read out of. One day, when no one was looking, I stopped for a moment and I
picked it up. I wanted to read it. Maybe then I would finally understand all the art around
me. But when I flipped open the pages, they were blank. Every single one of them.

They want to play hide-and-seek, but I don’t. Frankly, I’m afraid of being alone in
the Picasso house. I know they’re hiding behind statues, climbing up the columns by the
walls, or squeezing into the dark corners of the room, but I’m afraid they’ll get lost
somehow. Eaten by the building.

Aeden convinces me. I think he knows that I’m scared. He says it’s just a
children’s game.

And then he gets up behind me and covers my eyes with his hands, his fingers
interlocked. I never feel his hands leaving my face. It’s strange. They’re there one
moment and then gone the next. It just feels like I’m waking up. When I open my eyes, I
am alone. The Picasso house is empty, except for the art. It’s strange. The vase is
smashed. I didn’t even hear it.

Nulla—
That’s the thing I don’t understand about this place. Am I the ghost, or are they?

Lilia Shen is a junior Biological Science and Creative Writing student at the University of Connecticut. This piece first appeared in Long River Review and has since won the Jennie Hackman Memorial Award for Short Fiction.

Yulia Kenley was born and raised in Ukraine, moving to Castle Rock, Colorado in 2013. Currently, she resides with her family in Stuttgart, Germany. Envy first appeared in Progenitor.