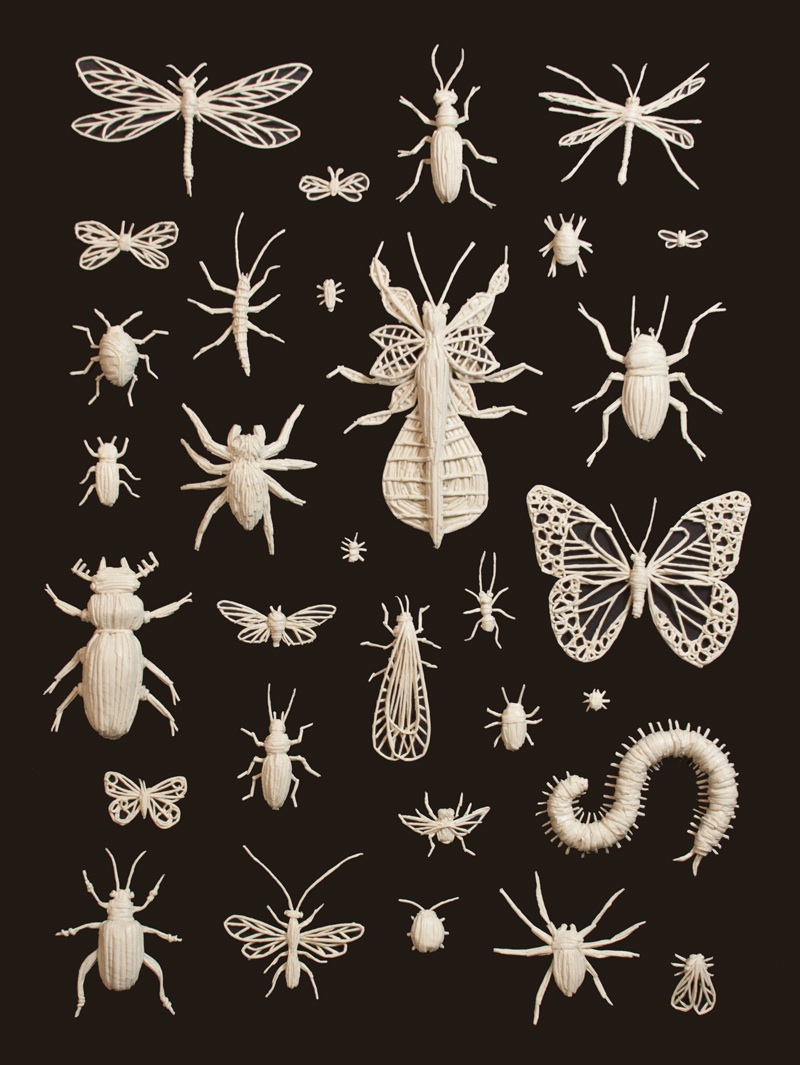 but if it were I would tell you how
they right themselves by means of
opercula fastened to their feet (foot).

How when the world threatens, they first
withdraw, then brace themselves
against the heavy sand. How this is a trait

learned (inherited) from their mothers.
My own mother used to pull them from the
nettles in her garden. Hands deep in soil, she

could forget that she was crying. Funny that
I must be 900 miles (twelve days) from her
and her beds full of green growing things

to understand that resilience is a
favorable punnett square and a woman
with a garden trowel.

Jocelyn Hawley is toying with the possibility of an English major and an art history minor. She is also learning Spanish and trying to live bravely in the world. Her poem first appeared in Swarthmore’s literary journal, Small Craft Warnings.

Ben Denzer studies architecture and visual arts. His sculpture, Bugs, is composed entirely of masking tape, and first appeared in Nassau Literary Review. To see more of his work, check out his website.