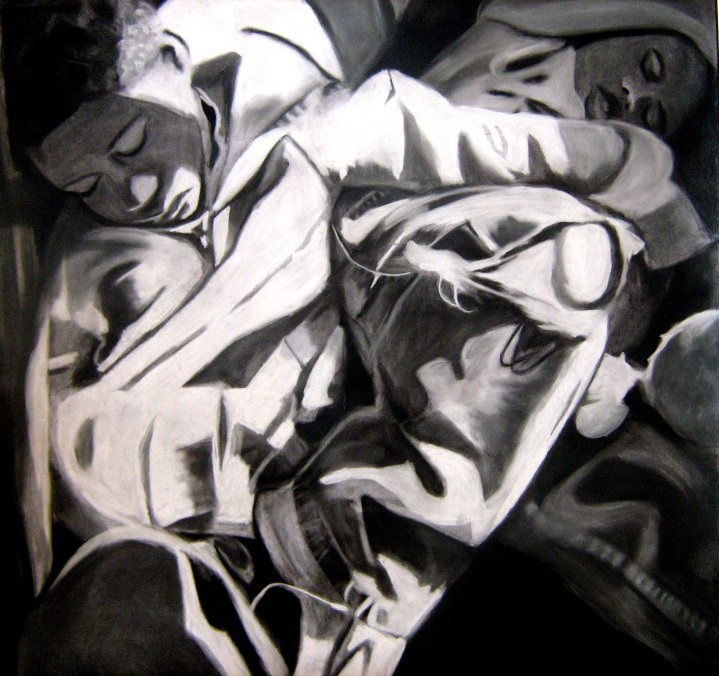 She likes a
chlorinated crime.
They say these are the early signs.

[Gazing at the
fresh smeared space.
Drown them and the kill’s erased.]

Her small palms, cupped,
hold (like a plum)
a spider, crawling towards her thumb.

And were she not
trapped by the frame,
she’d hold him up to make her claim.

Coo between puckered
lips and smash
his body, ’tween her fingers gnashed.

With every kill she has one rule:
wash its remains out in the pool.

Lilly McGee is pursuing her BA in literature at American, where she works on the editorial board of American Literary journal, in which her poem first appeared. She has previously worked as editor-in-chief of The Crest, an art and literature publication.

Christine Nicholson is a senior double majoring in theater and art education. She has been published previously in Ivory Tower, in which Brothers first appeared, and says her work is inspired by her relationship with God. This piece in particular, she says, aims to capture the idea of brotherly love.

A Place Without Floors