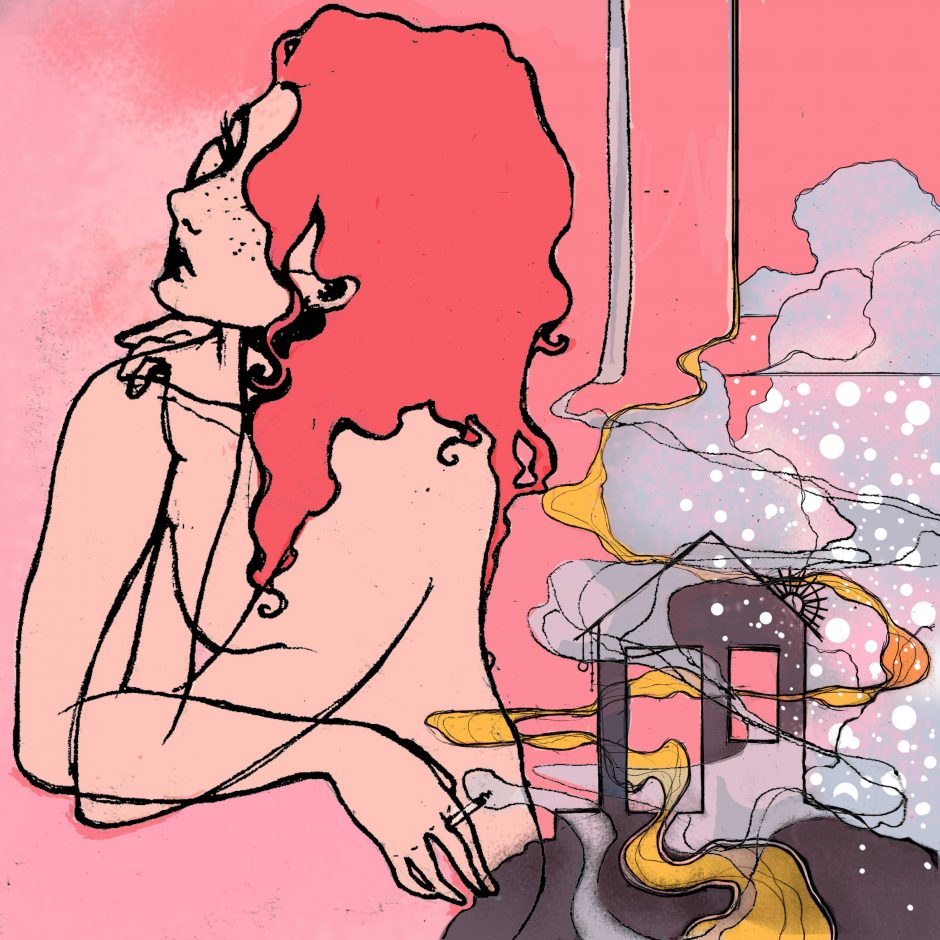 [Trigger Warning: Brief depiction of drug use and addiction]

and isn’t it crazy how cocaine ate through my family

like vultures? the powder dances in both my grandfathers’

now, the zombies tightrope the empty carcass of a city

i call second home like the second mother my father had

and hated. mr. woods disappeared and left behind only a picture

of him holding a sunrise upwards on a peddle bike. that freebase hit

and they were gone just like the unc’s in Lexington Market.

could be just a footnote in another book?

Tyrek Greene has performed in venues such as The Apollo, The New Amsterdam Theater, and numerous colleges across the country. Currently, he teaches English at the high school level in Baltimore City. In 2014, his first book,Dawn, was published by Evolution NYC. “Jonesing” first appeared in Rushlight.

Elly Call is a Richmond-based illustrator and writer.  Her work has appeared in Emanata, Poictesme, Amendment, and the webcomic Aubergine In Hell. Her image first appeared in Poictesme.