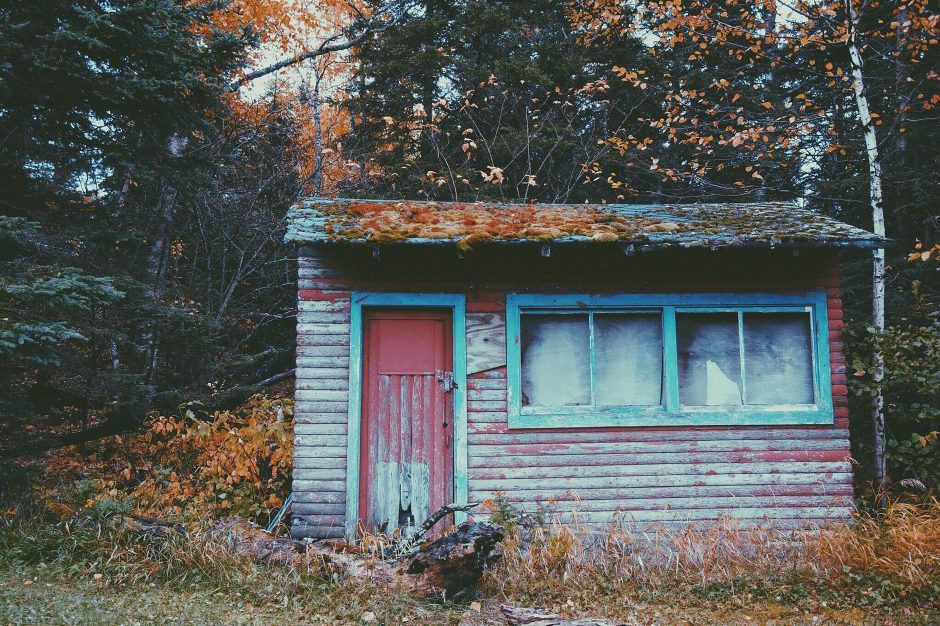 Is this what the world looks like to you after half a bottle, Ed?

Mountains raging down like drunken fathers? You’re intimately familiar with the slam

I am far from home and home is drowning. It’s two after five, Ed. The gallery is closed &

my breath is warm against your paper face. I can’t decide if you’re lost or if you take pleasure in tearing up maps.

because rain is a predator. Torrents and roars of earth. Mass wasting: a great salted wound. Dysentery, fat from the trails of oregon and tears, pricks up her ears.

My people learned their savagery from

the immense souls of herons.

The crabapple trees of America,

tightlipped in wonder, and readiness.

you lost all your women early,

in a tectonic world etched into

You had to touch your mother’s dead hand, see your sister’s face as a black curtain drew near. I want to wake you from this nightmare of stones smashing in fierce

but I can’t wake myself. Hands open in rictus. Listen, Ed (born in horror of lines inked by time) I’m not asking you for comfort.

I’m asking you to draw.

I need to see again sunny light limned by shadows of ink. Show me the voltage of the skyline, silver fish pressing mouths to silver water. My home is the great green heart

Of some watchful titan. Rage

can erupt from forested ground, burn

Look. Rescuers in their silence fan out

across sinkhole and great waste

looking for survivors. Only the whites of their palms are visible, like petals in a flooded gutter:

suffering survives. Anyone who spends more than a moment with you knows you clutch it,

We reach through wreckage shoulder to shoulder with death, a jackal

We all lose those things sweeter than us, Ed. We, all of us, stare up at a wide angle lens. You always draw a veil

and a sufferer, Munch.

As a boy, you knew the dead have as much claim to us as kin.

No one knows gold until it snaps

in the sky like a war pennant over broken pines. The mountain is a holy cup now. A scrawl of oily ink on stone.

Rage down on the world, Ed. No matter how you slash it, you spill great seething blocks of

Recent University of Iowa graduate Emma Van Dyke is a writer, artist, and vocal performer currently residing on Bainbridge Island. As a student, she worked as the lead gallery attendant at the UI Museum of Art. She is currently awaiting admissions decisions for creative writing graduate programs, and tackling several projects, including a webcomic, a novel, a screenplay, and a television pitch. “Oso Mudslide” first appeared in Earthwords.

Emily Hill is a sophomore at the University of Minnesota Twin Cities where she studies graphic design and art. Emily currently illustrates for the Wake Magazine on campus, as well as displaying her art at the Soap Factory art gallery in Minneapolis. “Small House Near Somewhere” first appeared in Ivory Tower.