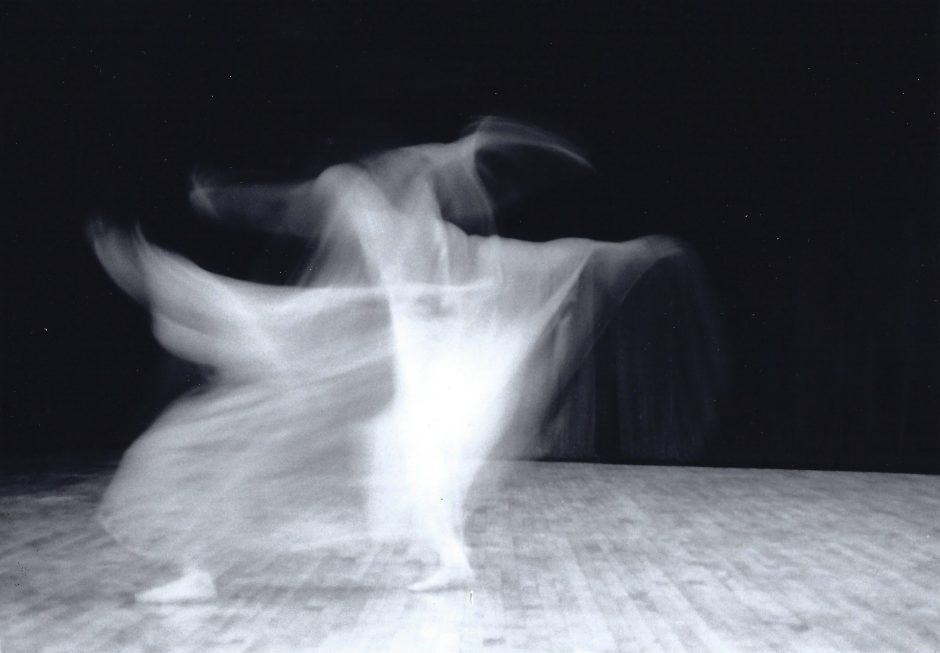 is the way my grandfather thinks about jesus

his hands are hard as stone

when water hits them in the sink

my grandmother left him

what i believe is he believes in god

and he tells me on sundays

it is just my grandfather

talking and the cathedral

is built in front of me

water falling from them

Courtney Bush is from Gulfport, Mississippi. A recent graduate of NYU, she lives and works in New York City. Her poem first appeared in West 10th Review.

Julia Sub studies social media and visual arts. Untitled came out of a study on how to demonstrate movement exploration on still film. The aesthetic was inspired partially by the physically active meditation that originated among Sufis. This spinning ritual was performed by Islamic Sufi poets in order to reach a level of perfection, releasing all personal desires and abandoning the ego. Her photograph first appeared in Silo, Bennington’s literary journal.