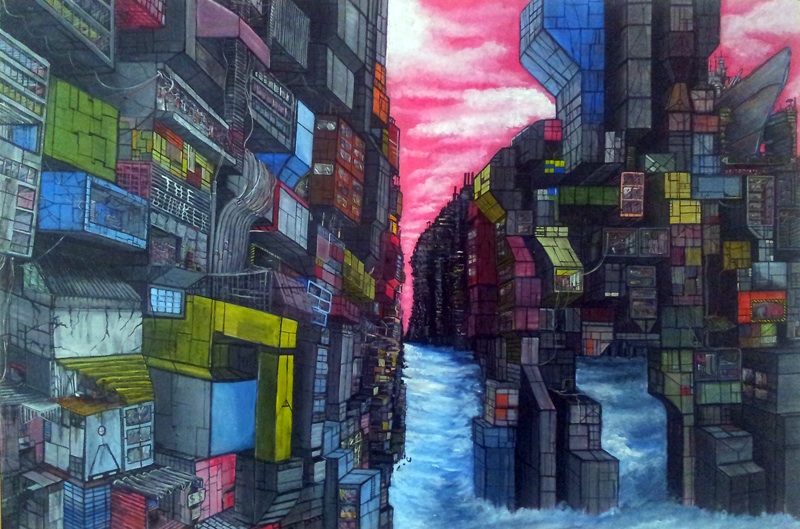 For three days, the city has been on fire.

Flames so hot the streets of gold are beginning to run,

bringing pillagers and housewives with their prayer-lined tongues

to their knees at abandoned intersections,

armed with buckets, the collection plates for

The effects of tragedy on a person are often unbecoming.

I will have to pretend that I have always been this way,

as a desperate search for the gilded fossils of

Caesar’s sandals commences outside my window.

No one knows how

or has even attempted

to put these fires out

and a fourth day of heat

has charred the bottoms

of my already blistering feet.

Mausoleum is a word

that dresses up a tomb,

In a moment of weakness, or strength, I press the urn

of Augustus against my breast

and fasten the buttons of my coat.

I have stolen the emperor’s ashes, and am thus far

When the rain finally comes,

I remove the urn from my coat

to the rhythm of their own relief.

The fires have all gone out.

I have stopped pretending.

On the wet street, Augustus sits next to me, a glorified jar of mud.

I find the only building left whose walls are still erect,

dip my finger in his soot, and tell the story of our collapse:

“we have done this to ourselves”

“this isn’t worth repeating”

Jordan Peterson hails from all over the country, having spent most of her childhood in Michigan with brief stints in Florida and Texas. She now calls Boston home. A left-handed senior, Jordan studies English with a concentration in writing and psychology with a minor in special education. She has been writing for as long as she has known how. “Augustus” was first published in Simmons’ literary journal, Sidelines.

Aspiring artist Harrison Carpenter is an undergraduate at the University of Alaska. Having been raised in interior Alaska, he has always been fascinated by the contrast between rural country and urban sprawl. He explores the intensity of this contrast in his art. Low Tide Shanty District first appeared in Outrageous Fortune, MCB’s literary journal.