The Day It Happened 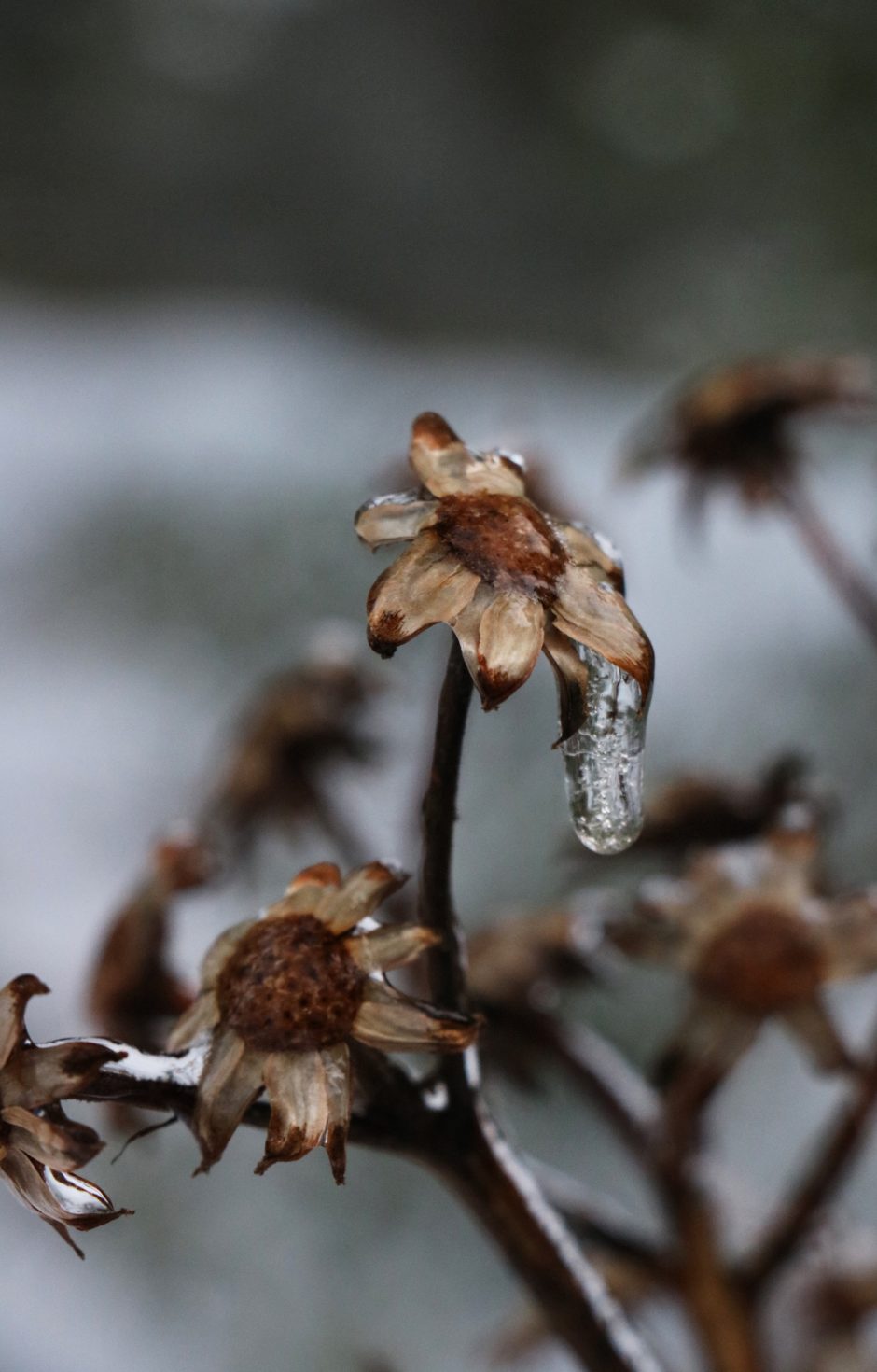 There came a winter that was not a winter, but the winter—the winter for which all the other winters had been waiting. The temperatures dropped to levels that broke every record and threatened to shatter the insides of every car and bus. Snow, nature’s most obstinate army, laid siege to house after house, piling up to the upper windows and refusing to melt. Ice covered the streets, sidewalks, fields, yards, and rivers, and walking anywhere became a dangerous game of chance.

And yet the people could not restrain themselves from stepping outside of their warm dens. The ice made sheets and ripples like diamonds beaten and spread out over the surface of the Earth. When the sun shone, the ice refracted rainbows everywhere until the whole world looked like the inside of a prism. Bundled up in all their clothes, the adults began to whisper over their coffee when the little children were not listening, “Is this the winter? Is this it?” But they could not be sure.

Despite the beliefs of the people, spring did come—and what a glorious spring! This spring, like the winter, was the child of all the previous springs’ pregnant expectations. All of a sudden, warm breezes swirled around the piles of snow and whisked them away to the north. Torrents of water threatened to submerge the Earth as the leftovers melted, but, reminded of the promise of the rainbow, they drained off into the already-swollen seas. With the benefit of four months’ sustained moisture, the grass emerged in a shock of new green. One second, all the grass was brown and dead. The next, it was three inches high and as soft as a new baby’s hair.

The flowers, too, all exploded at once, from the forsythias to the chrysanthemums. Children tore from their houses to marvel at the unexpected wash of colors and to weave them into garish crowns or garlands or bouquets or victory laurels. Their parents surveyed the same growth and were filled with a horror that confirmed the latent sense of doom that had been lurking since the winter. This was the spring that all the springs had prepared for.

In its time, the summer arrived, too, but it was not magnificent like the spring. The rain did not come. The heat burned the skin of anyone who touched an outdoor surface. The flowers which had bloomed so early scorched under the fading sun, never again to bear seeds for the future. Trees tried to grow leaves, but the hopeful buds failed. Few could survive until the onset of fall.

The adults spoke of topics that could no longer be restrained to whispers; would there be enough water, and what were they to tell their children? The children, being children, knew much more than their parents thought. They too wondered what waited for them after fall, if indeed they could survive until then.

Just when the people thought they must surely die, the cooling rains of fall came. The scarcity of leaves was more than made up for with the explosion of color that popped out on each tree as the last remnants of chlorophyll were devoured. The people began talking freely about what was to come with their children and parents and neighbors. They strolled on the brown grass or yellow sand, softened by the temperatures and rainfall but still with deadened appearances. There was no need to save food or festivities for the winter holidays, so each night they stayed up late talking with each other and toasting the past with cider and tea, wine and beer. They greeted the fading sunrises with reminiscing and joking and crying and wondering…wondering…about the day that was to come.

And when that day did come, when the fall ended and did not become winter, when the sky turned red and the earth began to melt, they held each other and knew that the waiting was done. It was over, and it was very good.

Adriana Barker is a creative writing and communication double major and a proud member of the Hope College class of 2023. She is currently the Opus Literary Magazine Poetry Editor and an intern with the Visiting Writers Series (VWS) at Hope College. See more of her photography work on her Instagram @adrianabarkerphotography, and more of her written work on her website https://adrianarosebarker.wixsite.com/myportfolio. “This Ain’t Belle’s Rose” first appeared in Opus Literary Magazine.