Reminiscing in the Land of Maple Syrup 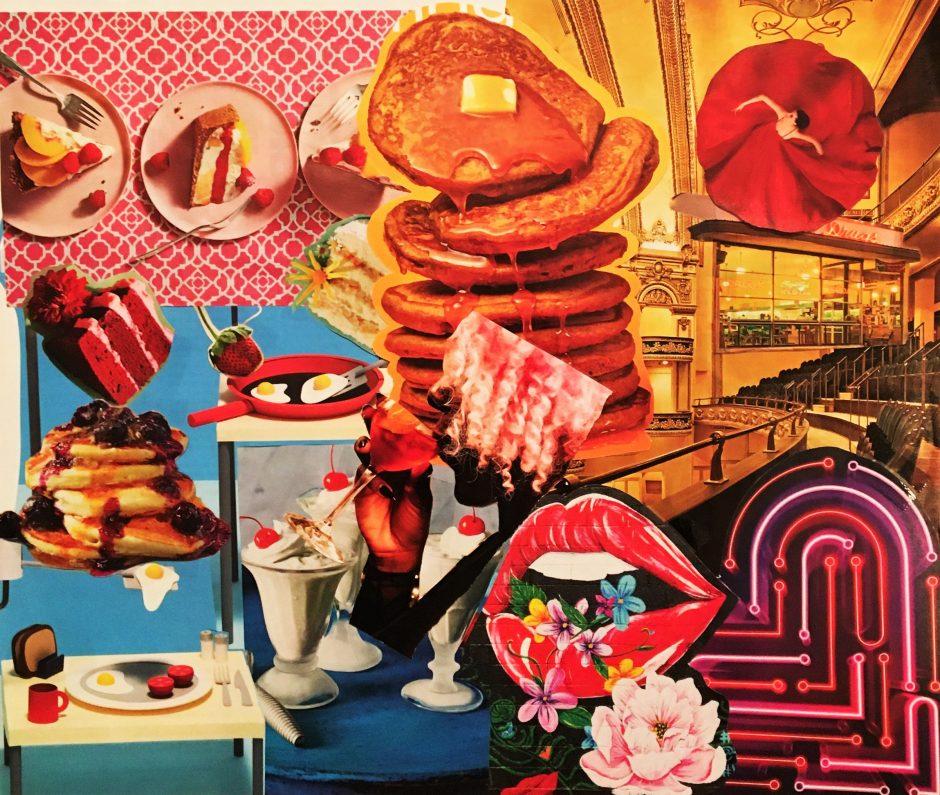 An Ode to Breakfast, Emma Lassiter

I was scared, that day.

The last time I had been scared in that house was when I was seven, and my big sister and I
were sleeping over; but a thunderstorm woke me up, and the ensuing hysterics summoned my
parents to fetch me at one in the morning, and the next day my sister bragged to me about the
delicious french toast I missed for breakfast.

But now I was eleven, and thunder still scared me but I was too old to say so. I was starting to
think that maybe, I could sleep over for real, and maybe you would make me french toast too,
with Challah and Auntie Anne’s syrup and chocolate chips sprinkled on top, the way you taught
my mom to make it. I thought about it every time I walked into that kitchen, so I must have
thought about it that day, too.

We came to the house, and dad parked in the driveway, and mom dropped her purse on the
beige leather couch, and I thought about french toast. Usually, I ran ahead of the others so I
could be the first to see you, and usually, you would be standing there taller than I could hope to
grow, always ready to bend down and give me a hug. That day, I was clinging to my mom with
both hands, squeezing against her side in the narrow front hallway, and when we emerged into
the kitchen, no one was there.

I dragged behind my mom as she strode to the couch, and put down her bag, and turned back
towards my dad and sister. No one had set out any snacks for me. There were no deer outside
of the windows and my sister didn’t stop on the way in to pick flowers. I thought, Maybe we can
make the french toast together.

Maybe you’ll be tired ‘cause you’ve been sick, but when you get better I’ll make you french toast
to celebrate, but I can’t do it myself so you’ll help me, and we’ll make it together. And I’ll put
chocolate chips on mine and you won’t put any on yours ‘cause you’re not supposed to have
them, but I’ll help you steal some from my plate anyway.

And I wasn’t scared yet but the air felt like it does before a thunderstorm, like everything’s loud
without making any sound. Maybe we spoke to my grandma first. Maybe I dawdled around on
the squeaky linoleum tiles. It was too loud to hear, so I don’t remember. I think my dad probably
said “You guys go ahead”, and my mom probably sighed and my sister probably whispered “It’s
okay” in my ear before she grabbed my mom’s free hand.

And then suddenly we were in your room, and I still couldn’t hear anything, and I turned to ask
my mom where you were, but she smiled at me with her mouth and nothing else so I didn’t say
anything. The three of us shuffled over to the corner near the window, and that’s when I became
scared.

I don’t think I really knew what it meant that you were sick. I thought it’d be like when I had a
cold, and you’d be all huddled up in blankets and I’d bring you juice with a squiggly straw and
then you’d start to get better. I expected you to be sitting with your newspaper and a pen in your
mouth and a couple of pills on your nightstand.

But when I looked at you I had to look away because I didn’t think it was you. I looked at the
hand that my mom pushed me towards—she told me to hold it so I did, but I was terrified. I
didn’t want to touch it. You could hold a soccer ball in just one of your warm, browning
hands—this hand had all sorts of crisscrossing lines, and felt like a crumbled tissue. I thought
that maybe I could just cling to it really tightly, like I always do with my mom when I’m scared,
but as soon as I touched it I felt that even my normal mannerisms were too clumsy, too rough,
too likely to make things worse. I focused all of my attention on holding that hand—I didn’t want
to send you back to the hospital by doing it wrong.

And suddenly, my ears flipped a switch and I could hear everything—the creak of the machine
next to the bed when you moved, that soft way of breathing my sister used to do when she was
nervous, and just how raspy your voice had gotten. You spoke in much shorter bursts than
usual, so I did too. Mom smiled and nodded when I spoke, so I keep trying, but it felt like I was
so loud, and that maybe my voice would hurt you too. And maybe I was a little worried that I
would accidentally say that I was scared, because I was more scared than I’d ever been in my
life so I didn’t understand why my mom was making me do this.

When mom said, “I think that’s enough for today”, it echoed over and over so that I almost
missed the next part. But I heard it. I heard it when she said, “Give him a kiss goodbye.” I heard
it, and I didn’t, because I was scared and part of me didn’t even think it was really you, so I just
said goodbye and walked out.

It was the last time I ever saw you, but I didn’t kiss you and I didn’t look at you when I left.

Lauren Sky is a recent graduate of the University of Vermont with a degree in English and a minor in Japanese. Her life is best described as a whirlwind of underground punk shows, unfinished video games, jokes that turn into extensive literary analysis, and copious amounts of apple juice. She first began writing at the age of four; intelligence pertaining to all known operations to stop her are, unfortunately, strictly classified.

Emma Lassiter is a senior studying creative writing at the University of Central Arkansas where she is the Editor-in-Chief of The Vortex Magazine of Literature and Fine Art. She has interned with Et Alia Press and The Oxford American, and her photography has previously been published in Salmon Creek Journal. This piece first appeared in The Vortex.