The Lady of the Butterflies 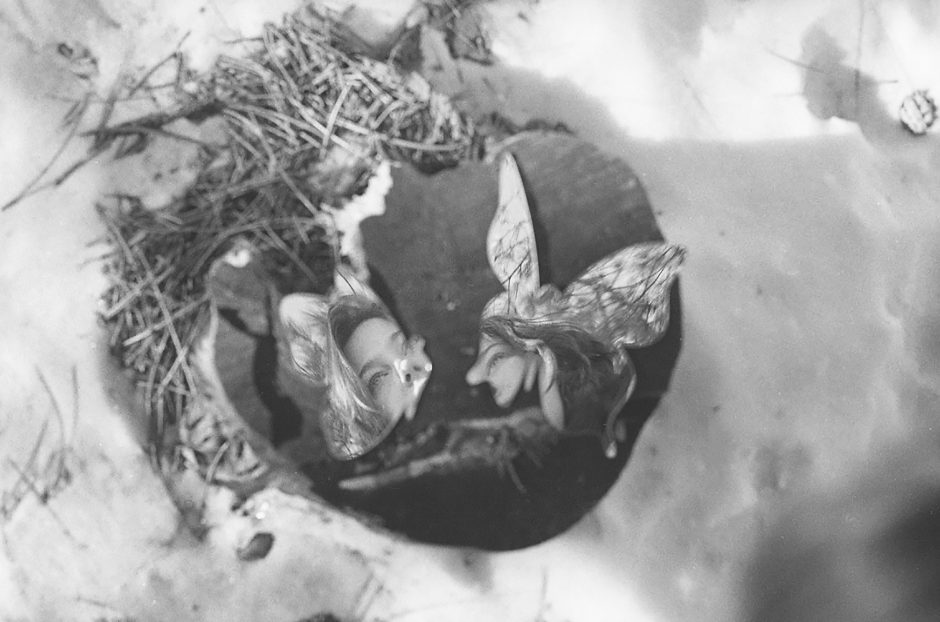 The slow heat of summer was just beginning to roll in when the Lady arrived in Kittery.

Our town was small so everyone, especially us kids, noticed when the low cabin in the middle of the woods — the one that was supposed to be abandoned — was suddenly occupied. Occupied by a woman, old but not yet wrinkled, with eyes that cut us like knives when we tried to peer in through her windows.

For weeks we skirted the woodland around her house, dragging our bikes through the dirt as we speculated in hushed voices.

“She’s probably some sort of criminal,” My older brother, Jacob, said. “And that cabin is her safehouse. She’s probably murdered at least fifteen people!”

“Maybe she’s a secret agent from Russia,” I ventured. “Maybe this is her base, and she’s spying on the government.”

The other kids laughed at that. Jacob looped an arm around my neck and rubbed his knuckles against my head, saying, “If she were a spy, she wouldn’t have come to Kittery. This is the middle of nowhere.”

I flushed, ducking out of his grasp. “She looks Russian.”

“She’s probably a witch,” Malcolm said. Malcolm was big but quiet, so when he talked, people listened. “I think she knows magic.”

All of us, even Jacob, nodded. And because Malcolm had said it, it became true: The Lady of the woods was a witch.

The summer dragged on as we spent our days as kids did, languid yet restless. One day, someone dared Jenny to knock on the witch’s door. We all watched, ducked behind the drooping juniper, as she rapped twice on the wood.

The door opened, and Jenny disappeared inside.

The shadows stretched as we waited with bated breath. Our whispers carried on even as the sun dipped low and our curfews loomed closer. Surely if Jenny were in trouble, we would have heard something?

Then she emerged, beaming. As she skipped toward us, a little blue butterfly hovered around her right ear.

Jenny said, smiling, “She can do magic! She can!”

We all crowded around her, begging her to share. Jenny told us that the Lady didn’t like being called a witch, but she had one special trick. She could take a memory, whatever memory you wanted, and turn it into a butterfly.

We all looked at the butterfly, now seated on Jenny’s shoulder. It flapped its brilliant blue wings.

“So that thing is a memory?” Jacob asked, reaching out to prod the butterfly carefully. It shuddered under his touch but stayed on Jenny’s shoulder. It must have been magical; any real butterfly would have flown away by now.

“The Lady said when I’m ready, I can have the memory back. But until then, it will stay outside my head, like this,” said Jenny.

“What’s the memory?” asked little Ben, his eyes round as saucers.

“I dunno,” Jenny shrugged. “I just remember it was something embarrassing.”

We all looked at each other, stunned. Real magic. It seemed impossible.

I tried to think of something I wanted to forget, but nothing came to mind. We were just kids. I looked at Malcolm, whose eyes were latched onto the beautiful butterfly. His father had drowned last year in a boating accident. Maybe he wanted to forget the funeral, or maybe it was the good memories that hurt more.

During the rest of the summer, the other kids eventually made their way into the cabin and came out with a little butterfly hovering around their head. The colors, shapes, and sizes of the butterflies varied, but they always stayed next to their person, never straying. The day Jacob went in, I wanted to follow him. What did he want to forget? Was it the time I spilled ice cream on him in front of Clara at the fair, just before he had planned to ask her out? Was it when he broke his bike and Dad yelled at him so hard, he started crying on the street?

When Jacob came out, his butterfly was brown-flecked white. “You should try it,” he told me. “I don’t know how to describe it, but I feel really free.”

By the end of the summer, everyone had a butterfly but me. We met up by the lake, our bike tires dragging through the slick mud. We all looked around at each other.

“I think it’s time,” said Malcolm. For the first time since his orange butterfly had appeared, he sounded truly sad.

The others nodded, though I didn’t understand. One by one, they sat down in the dirt and opened their mouths. The butterflies, as if waiting for the cue, crawled in. I watched them, flapping their wings as they wriggled down my friends’ throats. I gagged.

And one by one, I saw my friends change — or rather, unchange. Become themselves again. Jenny’s aloofness, Clara’s shyness, little Ben’s curiosity, Jacob’s familiar scowl. The sadness in Malcolm’s eyes was back, too; I hated that I was happy to see it.

Years passed, and most of us left Kittery behind. It was a tiny town, without much room for anyone with dreams bigger than owning a fishing boat. We stretched our limbs and stretched out across the country, losing touch. I hadn’t spoken to anyone but Jacob in years.

The Lady of the woods became a bedtime story I told my daughter, Ruby. She took it as seriously as she took the Tooth Fairy or Santa Claus, which is to say not at all. She was always a precocious child. When I told her the story of my friends and their beautiful butterflies, she laughed like windchimes, and it was easy to think it was all just make-believe.

When I lost Ruby, the worst part was how senseless it was. A car accident; the other driver was drunk. Logically, I knew there was nothing I could have done. But my heart just thumped with fury, with agony, with memories.

Years and years after that fateful summer, I still remembered the serenity in Malcolm’s eyes. I couldn’t stop thinking of the woman, the witch, who was able to turn his pain into something so beautiful. The possibility of her taking Ruby away was both unbearable and tantalizing. The thought was incessantly in my mind.

For the first time in years, I returned to Kittery. It was almost on autopilot; I didn’t want to think because thinking became remembering became grieving. All I wanted now was to forget.

Even now, I knew the way through the woods well. I stomped through the ivy, ignoring the way that the brambles tore through my clothes. The cabin was the same as I remembered it, and I knocked twice on the door. Thump, thump.

The door opened, and there she was. She hadn’t changed since my childhood, but somehow that didn’t surprise me.

“You are here for help,” she said, her voice soft. Her accent was unfamiliar (not Russian, I thought, near hysterically) but somehow soothing.

She led me inside, gesturing for me to sit in a chair at the nearby kitchen table. Her furniture was humble, cozy even. Not what my childhood imagination had pictured a witch’s house would look like. “I can do that. I can turn your memory into something easier to handle, until you’re ready to face it again.”

She gave me a look with her sharp-dark eyes. “You will know.”

She made a gesture that was almost a shrug. “Then you will know that, too.”

I leaned back in the chair, sucking in a breath. I thought of Ruby and her bright smile, the smile I would never see again; my heart mourned in response. Relief was so, so close, and yet—

The Lady leaned in close. “What is the memory?”

Ruby’s laugh rang in my ears.

She drew back, her brow furrowed. “Of me?”

“Yes,” I closed my eyes. “As long as I know you’re here, I’ll be tempted to make things easier.” I thought of Ruby’s bright eyes, blinking up at me, and my chest ached. “I don’t want easy.”

I stumbled through the woods, dizzy. I couldn’t remember how I had ended up back in Kittery. Perhaps I had come out here to find some peace after Ruby’s death. Yes, that seemed right.

Something feather-light brushed past my ear — a wing. I reached up and a butterfly, black and red, rested on my hand.

Instinctively, I knew exactly what this creature was, although I didn’t know how. It was a memory. My memory. I didn’t know of what; all I knew was that it was dangerous.

I curled my fingers over it, crushing its body against my palm. I felt it struggle, thin wings tearing, until it was finally, mercifully still.

Sanjana Ramanathan is an undergraduate student at Drexel University pursuing a B.A. in English. Her work has been published in They Say/I Say, Front Porch Review, and Horse Egg Literary, among others. Her hobbies include reading, playing video games, and daydreaming. She is currently the president of Drexel’s own literary magazine, Maya.

Savanah Tebeau-Sherry is a graduating Studio Art major at the University of Vermont. She has been passionate about art all her life and over the years have persisted to explore as many aspects of the subject as she could through both traditional and digital media. She particularly enjoys exploring the human figure and still lifes in drawing, painting, and photography.

National Holiday and a Parade