National Holiday and a Parade 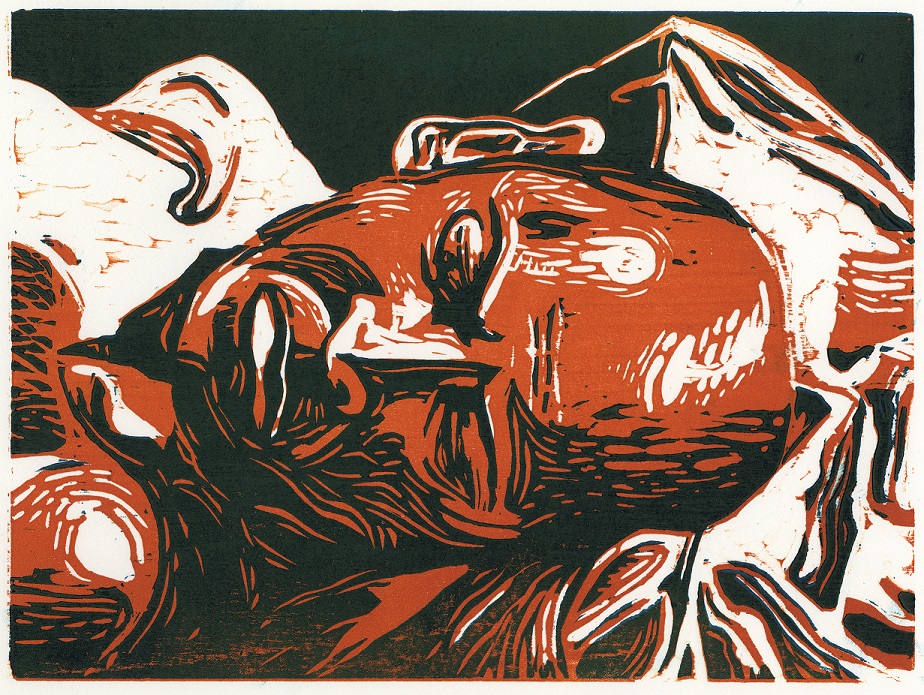 him. Every time we would return, we could see him from

the driveway, right where we left him a year ago. A concrete

image of my first seven summers. He would smoke hookah

most summer evenings. Maybe I made that up. Rey and I

would spare him a few lines before running inside. A

pre-requisite to everything that would come after. The ghosts

in my family always come back for our minds. All the threads

were untangling on their own whims, a play only they had

losing, old and new, परदादा would spill the dal and cry for his

father as he held his son’s hand. He would repeat his stories,

all loosely-weaved and well-loved to anyone who would listen.

We, with our familial ghosts and tricky minds, know that the

stories are how you keep all of us alive. Give us the threads –

the good and the bad– we will weave another generation out

of it. Some histories do not allow for sugar-coating. Through

all that losing, old and new, परदादा would look at my brother

and me, and see us for who we are. He held onto our names

till it bled from his palms. He taught us how to converse with

the dog and swim among the fishes. When we had been

especially good, he would allow the tamarind tree to indulge

us in its generosity. He would feed us mangoes from the

orchard, never complaining about the mess we made. Maybe

I made that up as well. This is what it means to cherish. It was

Republic Day when the flight attendant asked if we were going

home to celebrate. परदादा would have liked that. A national

holiday and a parade felt suitable for his passing. I had not

learned to speak in loss yet. The dance of sensitivity escaped

me. I remember washing all the bitter with the sweets I kept

stealing from the dining room and complaining about the itchy

blue blouse my mother had packed for me. Later, I told दादी

about seeing परदादा under the neem tree. He was asking me to

look after the dog. She said I should tell him not to worry.

When the rocking chair squeaks, the tamarind tree bends down

Anu Vitasta is a poet living in Indiana, where she studies Creative Writing and English Literature at Purdue University. She is a 2020 Bucknell Seminar for Undergraduate Poets fellow.

Robert McGrady is a multidisciplinary performer and visual artist, working in drawing, printmaking, and theatre. His work often explores the relationship between gender, intimacy, and power. He graduated from the University of Minnesota Twin Cities, where he received a Bachelor of Arts in Visual Art, and a Bachelor of Arts in Theatre. This piece first appeared in The Tower.

The Lady of the Butterflies