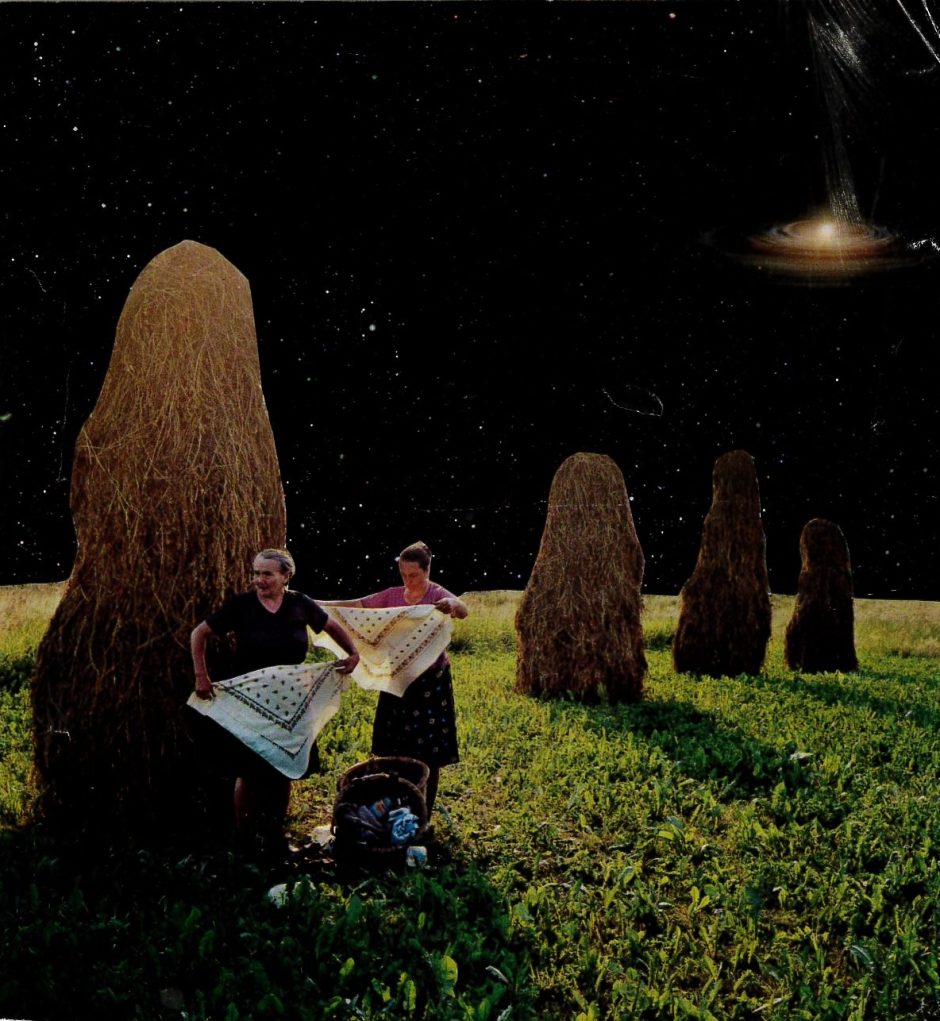 I Believe in Laundry, Julia Tasho

When Vera had got litters before she had been in the woods and she had made little canopies out of leaves with her snout to keep the pups safe and hid in the dirt and wet.  But she didn’t have any leaves here, just piss rags and towels barbed with vinegar over country tiles. So she crowded them under her black fur rimmed with hot guilty lamplight while they sucked on her teats.  She had one more coming but not coming out the whole way so she curled around and pulled it out with her mouth and half the pups fell off and got back on again. The mother came into the room and saw Vera’s new pup and shouted to the family that there was another one and it was still alive.  She held it under Vera’s mouth and Vera licked it till it had warmed up. She put it up to Vera’s teat and it held on just a moment before falling off as if dead. So she picked it up and set it there again and it held on, grimy and light as a mouse in her hands. She watched over it a little while and then Vera started growling at her so she turned out the lamp and left them together.  The puppy would survive the night and the mother would give them all names and Vera would bury them under the towels and suffocate them one by one while the family tried to figure out how to get her to stop it.

Brady Achterberg is a senior Creative Writing and Computer Science student at Susquehanna University. His work is also featured in Spilled Milk Magazine. This piece first appeared in Rivercraft.

Julia Tasho recently graduated from Guilford College with a degree in Philosophy. She makes collages in her spare time and tries to prepare an elaborate breakfast for herself every day. “I Believe in Laundry” was originally published as “Untitled” in Guilford’s campus literary magazine, The Greenleaf Review.