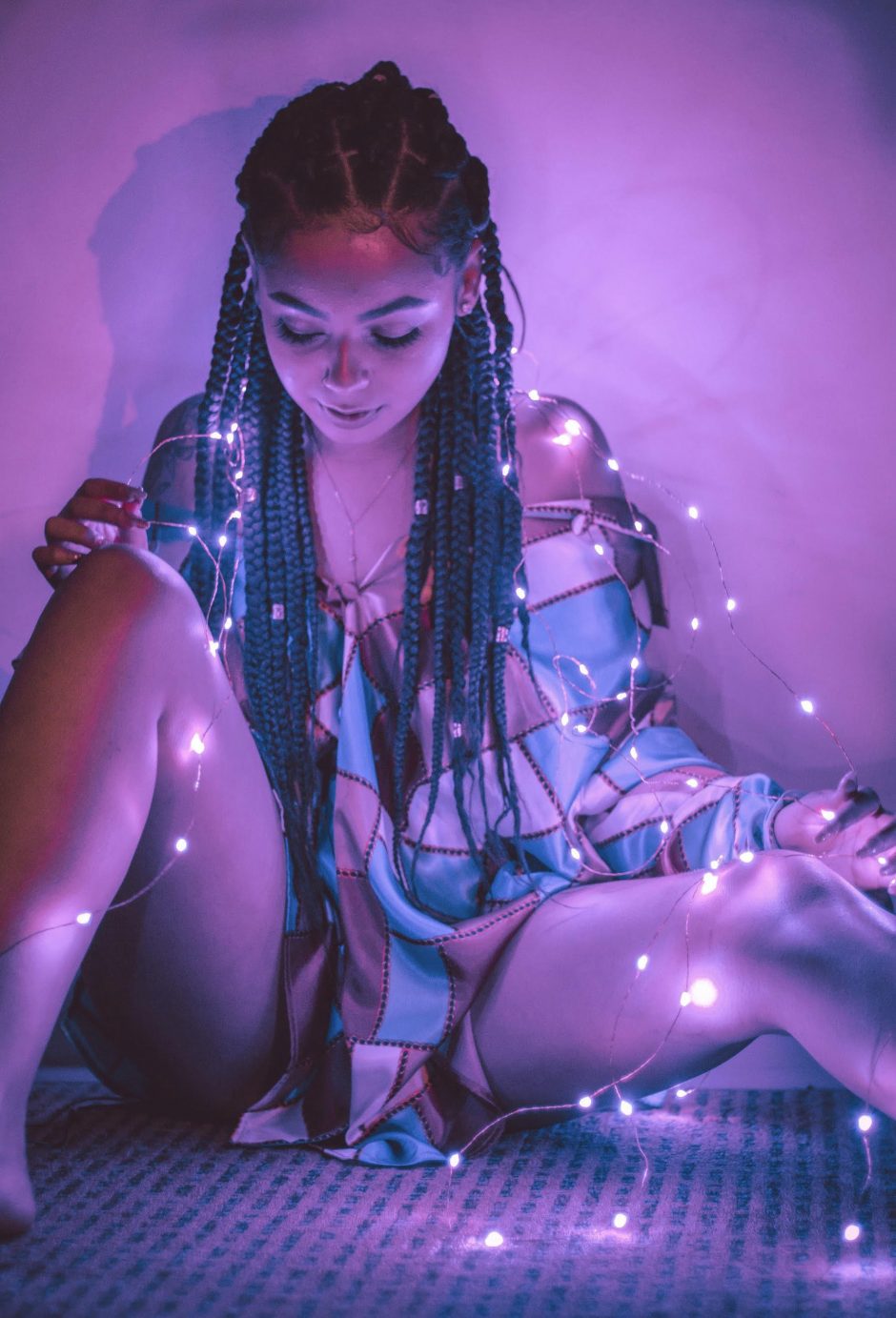 I love you the most watching you get pushed around in a crowd of people while a band plays— Your hair glued to your sweaty face. I watch your mouth contort as you sing along and I think: this is what desire feels like. After the concert, we stand outside and I stare at you, because I can, because I want to, because there is something in your face that is meant only for me. Even though I like to look, I’m afraid to touch. You glance up and catch me staring. Shame washes over me and I suddenly remember all of the times I’ve thought of you fucking me. In attempts to recover, I look down, but your hands catch my eye and all I can think about is how they would feel in my mouth. I can’t look up from the ground, but I wonder if you’re watching me.

Light is both a wave and a particle. When I look at you, I rock back and forth between delight and shame.

Sight is a continuous miracle. Light bounces off of every object in its path, then pours into my eyes. Particles of light become a site of a constant conversation between me and my surroundings. I know that no one else sees exactly the way I do, or at least there is no way to confirm that they do; the conversation between my eyes and my environment takes place in solitude. That is to say: sight connects, but it also isolates.

Light encompasses your entire body, which is how I’m able to see you.

We’re all on the bus heading back to my place. You are sitting across from me and we lock eyes for far too long. By now, I know that this will be my last month in Illinois, I know that we won’t be friends once I leave. After I’ve moved back to Minnesota, I replay this scene, but I can’t remember what color your eyes are. I remember only the softness of your face, only of the muteness of desire.

I read somewhere that we never actually touch anything. Something in our atoms repel each other, so there is always some space in between the our self and the object we wish to touch. There is an uncrossable rift in between us. Even if there was a way to bridge it, I’m not sure I would want to. I have infinite tenderness for you, even more so for the space in between us. What I mean: I love to reach for you.

Lizz Fong is a senior at the University of Minnesota. “On Light” first appeared in The Tower.

Paul Knight is a digital arts major at Canisius College, focusing on photography, videography and graphic design. “Flickering Strings of Love” first appeared in Quadrangle. More of his work can be seen on Instagram at @paullknight.

In the Index of My Days