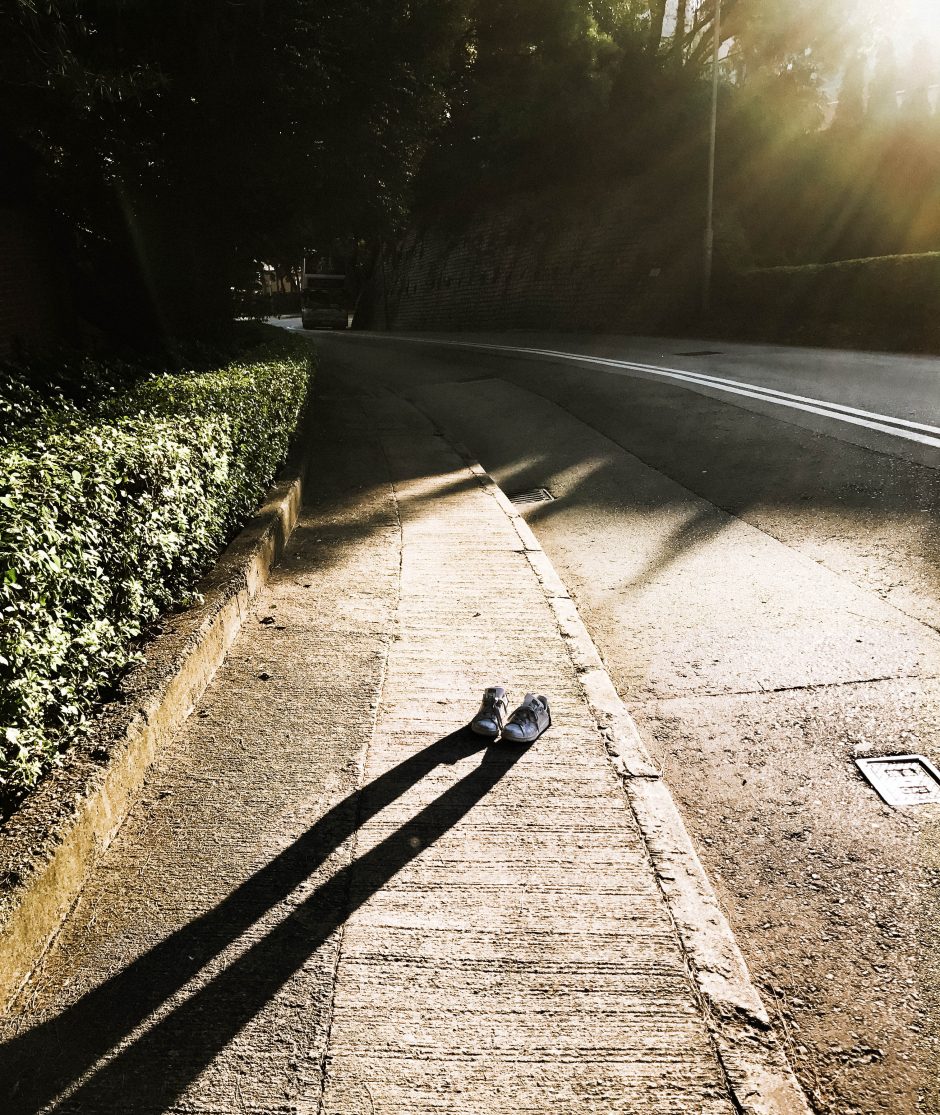 The crowd shuffles along, their suits and black dresses a stark contrast against the bright blue sky and beaming sun. Your wife walks beside you, her face empty and her fingers clenched around sodden tissues. There are thick circles under her eyes; her lips are in a thin line. You turn to her, begging for her to acknowledge you, to share your sadness, but she just lifts her chin higher and quickens her stride.

Your friends and family enclose you, no words said among them, no smiles exchanged. Your baby niece cries out in her stuffy black dress, and your sister shushes her with a quick “no, honey,” her face turning red with embarrassment. You remember when the baby was born, when she came screaming into the world, and feel great grief well up in your chest. Your eyes are pulled to the coffin being carried up ahead, to the six men with their heads bent down, the weight of the world on their shoulders.

Blocks of stone rise up in rows on either side of the black parade, looking like solid soldiers, guarding the bodies of the souls that lay beneath the grassy hills. You cannot hear the blue bird that chirps above or the shuffle of the feet. You feel detached from everything, like you’re simply observing everything in mute horror. And your son still isn’t crying.

The procession crowds around the open grave; your childhood priest stands by the stone. He calls for prayer, and the crowd bows their heads as one, all except for your son. He stares at the head stone, his ginger hair, your hair, like a flame among black embers. His head is held high in protest. Part of you wants to scold him, to throw out a harsh word and shame him into bowing his head, to pray for the living because the dead are already gone. He embarrasses you, in front of your loved ones, but they are too stricken to notice, too miserable to see one rebellious young boy.

The priest prays over the casket, saying “O God, by Your mercy rest is given to the souls of the faithful, be please to bless this grave.” Words mean nothing now, just flimsy pieces of paper given out to the crowd, as if they will undo the cancer. As if they will make the memories hurt less. Your wife breaks down, her shoulders crumpling under a great weight. You try to wrap your arms around her, to keep her steady like you always did, but she ignores you, completely isolated in her mourning.

The baby cries again as the coffin is lowered into the grave, and your sister joins her, crushing the baby against her chest like that could keep her together. The priest tosses some dirt into the grave, asking for peace, and the parade converges, tossing in dirt and flowers, laments for the dead. Your wife struggles to the edge of the hole, looking like she wants to throw herself in, to be buried with the casket, but she just drops in a white carnation. Your mother comes up beside her and ushers her away, letting her sob into her shoulder even though it ruins her favorite black dress.

The crowd moves away, back down from where they came, looking like lost souls among the graves. You stand by your son at the edge of the grave. His eyes are locked on the granite headstone, the one that you picked out when you were diagnosed with pancreatic cancer a half a year ago, a disease that slowly ate you alive without you knowing it. His face is screwed up in anger, in loneliness, in terror. You drop a hand onto his shoulder, but he can’t feel it.

He drops his head and turns away, moving to follow his mother and his family.

He can’t see the tears rolling down your face, or hear you as you repeat to him that you love him. He can’t hear your apologies or your hopes for his futures.

Hannah Sincavage is a senior at Georgia Southern University, majoring in Writing and Linguistics and minoring in Economics. While she prefers to rhetorically analyze pieces for her concentration in Rhetoric and Composition, she also enjoys writing poems about her cats and short stories about her classmates. “Lament for the Dead” first appeared Red Cedar Review.

Amanda Wisbeck is a sophomore at Canisius College double-majoring in International Business and Environmental Studies. She is also on the women’s soccer team for Canisius. When she isn’t playing soccer, she is traveling. Amanda was born in Sweden but grew up in different countries around Asia. “Shadows” first appeared in Quadrangle.