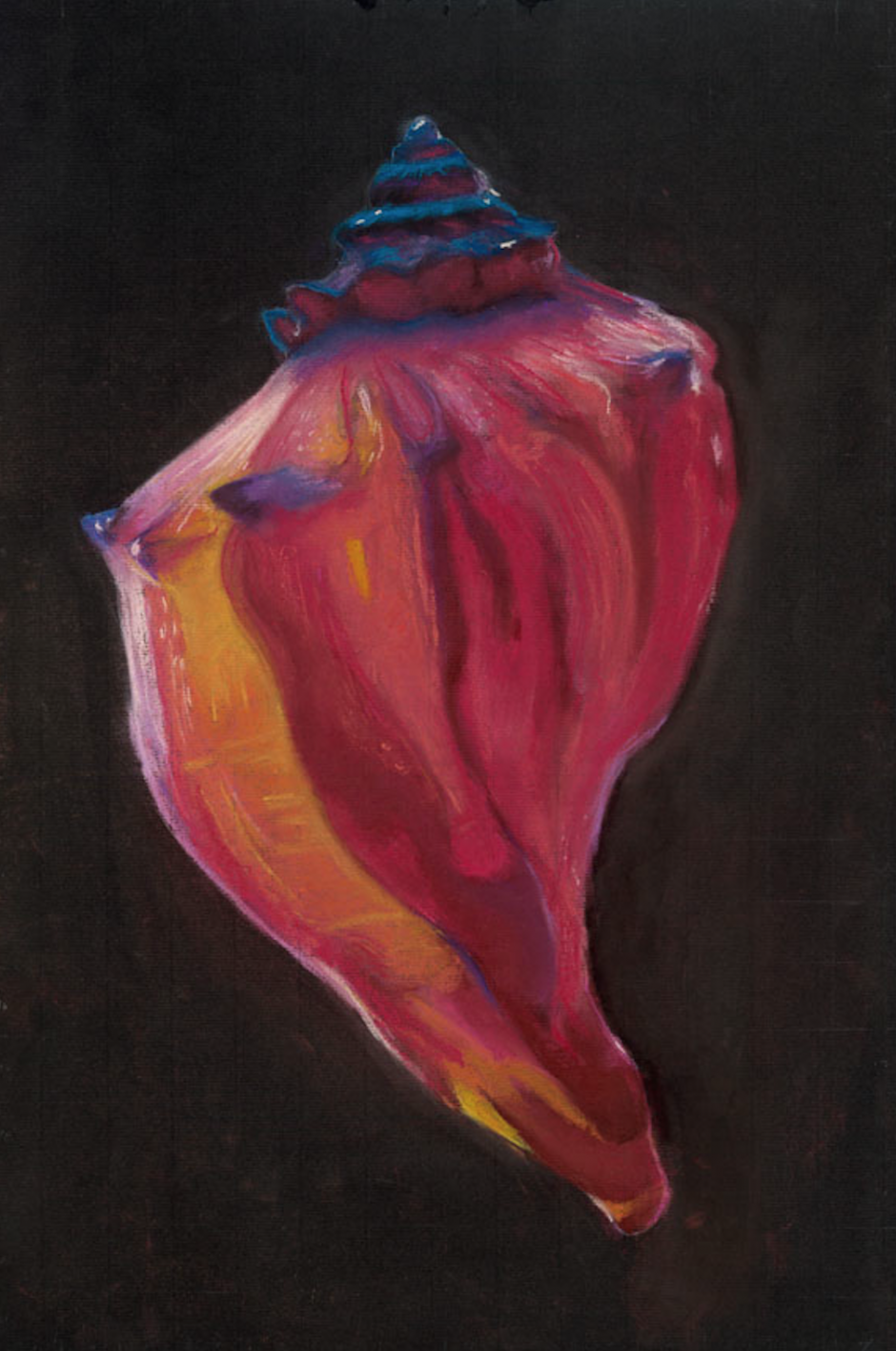 I’m a firm believer that it shouldn’t be cold without snow. There is no reason for the air outside to freeze in my lungs as I open the window and clamber out onto the fire escape in the blue-grey of the predawn morning. The metal railings burn my palms as I make my way to the roof, four floors up. When I reach the top, pulling myself over the last rungs of the ladder, gasping, I see her. She’s wrapped in a down comforter holding a mug of hot chocolate. The steam curls up, ephemeral. I can’t feel the cold at all anymore, not when her face unfolds like a flower blooming in high speed when she sees me, red-faced and out of breath.

“Hi,” she says, a breath that freezes as it leaves her mouth, suspended in the air between us.

I walk over and sit next to her, stealing half of her blue and white polka dot comforter. The city is silent and dark, the cold dampening the usual hustle. It’s as if the frost went through the boroughs and avenues and whispered to every moving thing hush, go back to sleep.

“I’m surprised you were awake,” she says after a minute, so quiet I barely hear her. I move closer, to her warmth. The last time we did this, it was not quite this cold. That had been weeks ago, maybe months, before she got too busy with law school and the rest of her life to meet me on the roof. I’d barely seen her since then, only in passing in the hall. In texts that were few and far between she told me how hard the semester was hitting her. I stopped knocking on her door to see if she was home—she rarely was. But she still left me Tupperware containers of chocolate pudding pie by my door almost every day. She knows chocolate is my favorite.

“Of course I am,” I say nonchalantly, through chattering teeth. I can never tell her, but I never stopped going up to the roof since that last time. She was just never there. I’d started thinking that it had been a fluke when she kissed my cheek the last time I saw her here, so fleeting I almost didn’t feel it before she disappeared down the ladder. This morning I didn’t want to go. I could say it was the cold, but my heart had felt heavy, like this might be the day to stop hoping…but I pictured her up here alone, watching the day start without anyone to hold her hand or to kiss her as the sun came up. So I got out of bed.

“Well,” she says, “I’m glad you were.” I smile at her and then we both turn out to look at the city, at the tinges of pink that are just starting to stain the sky. I can see her biting her lip and smiling out of the corner of my eye.

Her arm is braced on the ground next to mine, and I slowly link our pinkies. I can hear her quick exhale and every hope in my heart that I tried for weeks to squash hits me like the chill of the air when I opened my window this morning. I want to hold her hand—I want so much more than that—but this thing between us is as fragile as the frozen air. Too much movement and the moment will shatter.

She sits, and moves, wrapping her hand around mine, stroking my thumb with hers—and my heart stutters. We’d flirted for months; it was noncommittal, friendly. The kind of flirting where you aren’t quite sure if the other person is interested, but you really hope they are because you can’t take it if you give your heart away again to another girl who just can’t see you like that, I’m so sorry but I don’t like girls.

The flirting started with helping with her groceries; we live on the fourth floor of an old building with no elevators. I figured it was neighborly. I discovered the record-breaking amount of flour she would buy was used to bake pies when I walked in to her open apartment one day to find her covered in it. It was the messiest, and the happiest, I’d ever seen her. Over the weeks, I started to hang out as she baked, memorizing medical terms, and she told me that if it weren’t for her grandfather insisting she join the family practice, she’d have her own bakery. I told her I’d be her number one customer. We began spending the weekends together, going on dates that we didn’t call dates—to the movies, to different cafés so she could scope out her future competition—and then after, I would walk her to her door. I would want to say to her that she could do whatever she wanted because she was brilliant, to kiss her. But with my heart, I have always been too cautious. I couldn’t tell her that. And then she disappeared. But she’s here now, next to me, and she’s so warm.

“I have something I’ve been wanting to let you know.” She breaks the silence we’d been sitting in. I didn’t realize I was holding my breath until she spoke. I turn to look at her, and she smiles.

“I quit law school. It took a lot to convince my grandfather, but –”

I cut her off when I tackle her with a hug, but then the cold air seeps in as the comforter moves. We both laugh and huddle closer together, trying to get the warmth back.

She’s smiling at me, and the sun is on the horizon, just starting to send golden rays across the glass of the skyscrapers, setting the city on fire. My hand reaches forward to cup her cheek. She leans into it, letting out a warm breath that wafts across my face and I wonder—if I kiss her quickly enough, could I catch the last taste of the cocoa she’s drinking?

Because in this moment we’re here and we’re together and so happy. And I’m kissing her, finally, her lips warm against my cold ones as the new day begins.

Jennelle Barosin is a senior Writing and Classical Civilizations double major at Loyola University. When she isn’t writing, she is usually in the kitchen creating some new recipe or listening to true crime podcasts. “Chocolate” first appeared in Corridors.

Alessandra Leo is an artist studying at Grandview University in Des Moines Iowa. Her art is representation of what she feels in a moments notice, and she works to create realistic images. “Conch” first appeared in Earthwords.