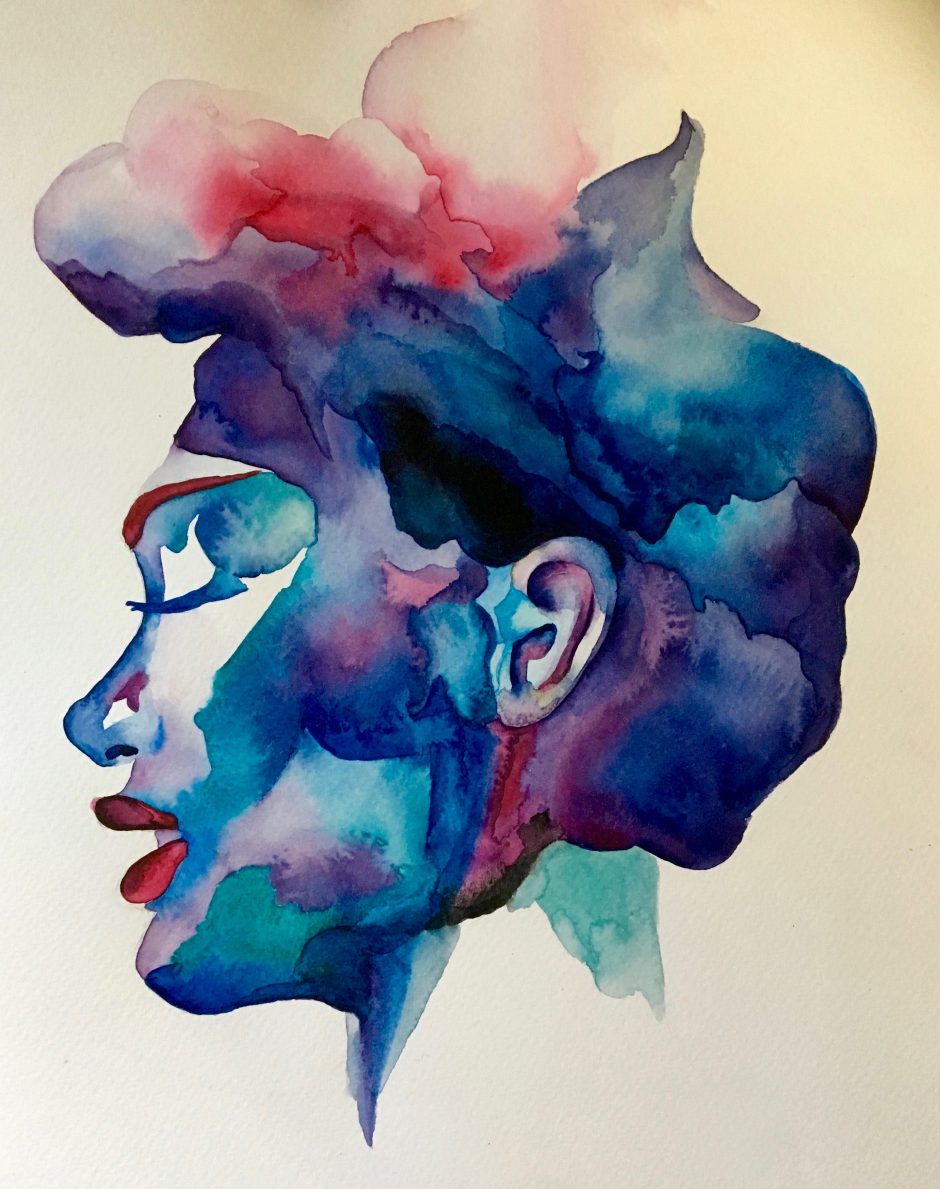 The car stops in front of the worn fence,

faint light of the window, the neon blue and red

of ‘OPEN’ dancing on a wooden ice cream cone

planted outside. I recognize the writing in the dark,

familiar from all the years,

but the cursive is beginning to fade.

“Come on, they’re closing soon,” are my mother’s words,

and they loosen us from our seats. We leave the car,

the humid air of the night hitting us, and my brothers

and sisters race up the stairs. I look back at my mother,

know before it happens, and force myself to walk

as I hear her start to yell. They don’t slow down,

only move quicker to the door, and then it’s just us.

“They never listen; don’t know why I try anymore,”

she tells me, but I don’t feel pity, am not sympathetic.

I watch her reach the door, see her hand on the knob,

her finger bare of the wedding ring my father gave her

fifteen years before she threw it all away—before

she threw all of us away.

Once inside, we pick our cones and only glance

at the flavors—we already know what we want.

My mother pays, and ushers us outside

where we sit in silence, licking our ice cream.

It’s cold, but the hot air of the night plays with it,

forces the cream to run, and we try to catch

the drips with our tongues, to hold them back.

But I see it start to roll down the edges of the cone,

run down my hand. I try to wipe it off,

but it’s sticky, and the feeling won’t go away.

“Use some napkins,” my mother says,

but they don’t help. It’s melting.

Tayler Klimek is a writer of poetry, short stories, and fiction. She graduated from Concordia College with degrees in both Creative Writing and Studio Art. She is currently living with her fiancé in Fargo, ND, where she works as a proofreader for Integreon. In her spare time she enjoys playing ukulele, painting works of pop art, and finding the next engaging fiction novel out there. “Melting” first appeared in Outrageous Fortune.

Originally from San Rafael, California, Linnea Schurig somehow ended up in the middle of a cornfield. She is currently a senior at Grinnell College, co-captain of the ultimate frisbee team Grinneleanor Roosevelts, and frequently paints to procrastinate her responsibilities. “Blue”  first appeared in The Grinnell Review.