The Creature of Caido Bay 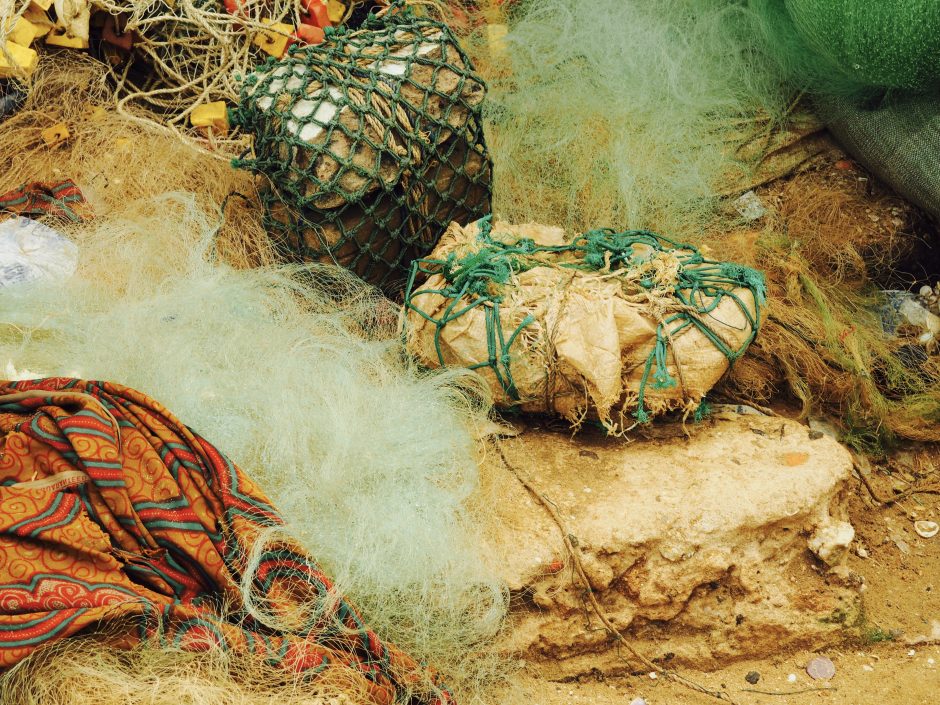 It began somewhere along the creek, where the bunch of us were playing around, each of us 13 or 14 years old, far too old to be doing this sort of thing. Still, we were having fun, pretending to be pirates and buccaneers as we made our way further along the stream that led away from the bay, through the trees and rocks that led us like a labyrinth, deeper into the imagination’s snare.

Andres was the first to notice it, and the usual look of apprehension entered his face. “Guys, do you hear that?”

“Shut up,” Raoul had scolded him, “you’re always worried about something, runt.”

“I’m not a runt!” Andres protested fiercely, as he always had to, since he and I were the youngest kids in the bunch. Which was funny, because even though Andres was younger he was still as big as Raoul. Still, there was no winning once those two started going at it so we made them put it behind them, and tried to keep going on our imaginary quest, but Andres wouldn’t budge.

“You guys seriously don’t hear that?”

Raoul was just about ready to knock Andres upside the head, until one by one, it slowly entered all of our ears, a far off sound like a gentle moan, almost a call… and nothing like I’d ever heard before. There was a tragedy to the sound, like some kind of warning… that should’ve been enough to tell us this was no game. Indeed, once he was sure it wasn’t just in his head Andres wanted to turn back, and he’d never admit it but Raoul wasn’t too keen on getting any closer either. But Cesar, the de facto leader of our posse, wanted to know what was going on that could create such an unearthly sound, and Antony, the oldest of us, was far too cool to care, which meant it fell on my shoulders to decide what happened next.

Curiosity destroyed me, and our souls were damned then. We kept moving up the stream, toward the source of the unremitting moan, joking and laughing about what it might be, but strangely holding on to the sticks we’d been pretending were swords moments before, like they could somehow protect us from the growing feeling of unease in our hearts.

After a short distance the sound became harder to hear, drowned out by the tenacious flood of a tiny waterfall, but once we’d climbed some rocks and passed the fall the sound returned clearer than ever, echoing like the lament of a toothless, dying god. It was horrible to feel, and again Andres tried to turn back and even Raoul and Antony didn’t berate him, but Cesar and I wanted to go on, and the others wouldn’t be proven cowards, so we trekked on together, closer to the sound as the echoes became more distinct, and the terror more palpable.

We reached the source of the stream, the mouth of a cave just large enough to walk in without bumping your head, but it led through a mountainous hillside large enough to imply that it was bigger on the inside. The moan was dampened only by the echoes of the cave, now, and it was clear that this was the cradle of the haunting melody. Even Cesar was afraid to go in, and he let it be known.

“Javier, I think we should go back,” he tried to persuade me, “We really don’t know what’s in there—”

“Pumas make sounds like humans to lure in their prey,” Andres interrupted, and Raoul nodded vigorously.

Cesar continued, “We can barely even hear the ocean from here, if that’s a puma’s den we’d be too far from anyone to call for help.”

I argued that it didn’t matter that pumas made human sounds, because this sound clearly wasn’t human. That only scared them more, and even Antony spoke that we should turn back, but my lone struggle against my friends ceased when the sound did, also. A dark silence filled the air.

I should’ve let them overcome me, then, should’ve listened to that profound dread in the back of my head, but my pride was too strong. “Are you cowards?” I asked.

None would admit to such an accusation, so we continued on, lured by the siren song of silence towards the mouth of hell. We never got the chance to enter the cave, though, for just as we were reaching it, with me leading the pack, something emerged from the darkness, something I’ll never forget.

It was pale, and completely hairless, the glare of the sun glinting off of its smooth complexion. It was taller than any of us, maybe six feet, and basically humanoid in form, its long limbs reaching out towards us like skinny human arms. Its body, however, was deformed from human structure, its narrow chest leading into a bloated stomach, and strange legs that seemed to quiver to support it. Red stains ran down the sides of its belly, seeming to trace their way to the scabbed scars behind its shoulder blades. The head, too, set it apart from humanity, as its arching neck led into a face like a pale turtle’s, eyes glazed with a thin membrane of skin. At the ends of its arms were fleshy hooks, like they’d been meant for climbing, and it walked like it’d been blinded by the light of day, but clearly towards us, through whatever senses it did have.

I’d like to say we ran then, that the fear was too great and we surrendered to our instincts, but that’s not what happened. Another instinct kicked in, and after a moment of awed silence, and as it took a step towards me, I panicked, and swung the heavy stick I’d been brandishing like a club, meeting the creature squarely in the neck. It stumbled and let out a little gasp, and tried to turn from us but it was too late, and the other boys had already descended upon it, following my lead and beating it with everything they had. One swipe took its legs out from under it and the creature collapsed to the rocks, where they dropped their sticks and instead began kicking it harshly, while I stepped back, aghast at what I’d begun. The creature was moaning again now, and undampened by the cave’s echoes or anything else we could hear it truly for the first time, and it clutched my soul. It was pain and hope and mercy all together, the youngest babe and the oldest widow, weeping for all those before them and all that would come after. I’d have sold the world to make it stop.

But the sound only seemed to urge the other on, and the thunder of their blows knocked the creature’s head into the water, where it lay partially submerged, its cry now smothered by the stream. Still through the water we could hear it, like a eulogy, and Antony held a large rock over his head, and then let it go with all his might towards the creature. The rock crushed its throat, and the singing stopped. All that we could hear now was the quiet murmur of the creek, leading into the vast underground of the cave.

Then, we ran. We ran so hard, forgetting each other, back to town with horror in our hearts. I’d lost the other boys when I collapsed to my knees, tears filling my eyes as I realized what we’d done. It was as it lay there, arms strewn apart like it was on the crucifix, partially submerged in the stream, as I’d heard its song through the water that I’d realized what I was we were killing. There was no mistaking that song, and I knew then that I would hear it again someday, but there would be no mercy then. That was the day we damned our souls. That was the day that we killed an angel.

Corwynn Wolf Madrone was born into samsara on October 31st, 1992. He lived like he loved: fiercely, and in between the cracks. He spent hours waiting for moments, which he traded for universes. He never looked back. “The Creature of Caido Bay” first appeared in Toyon.