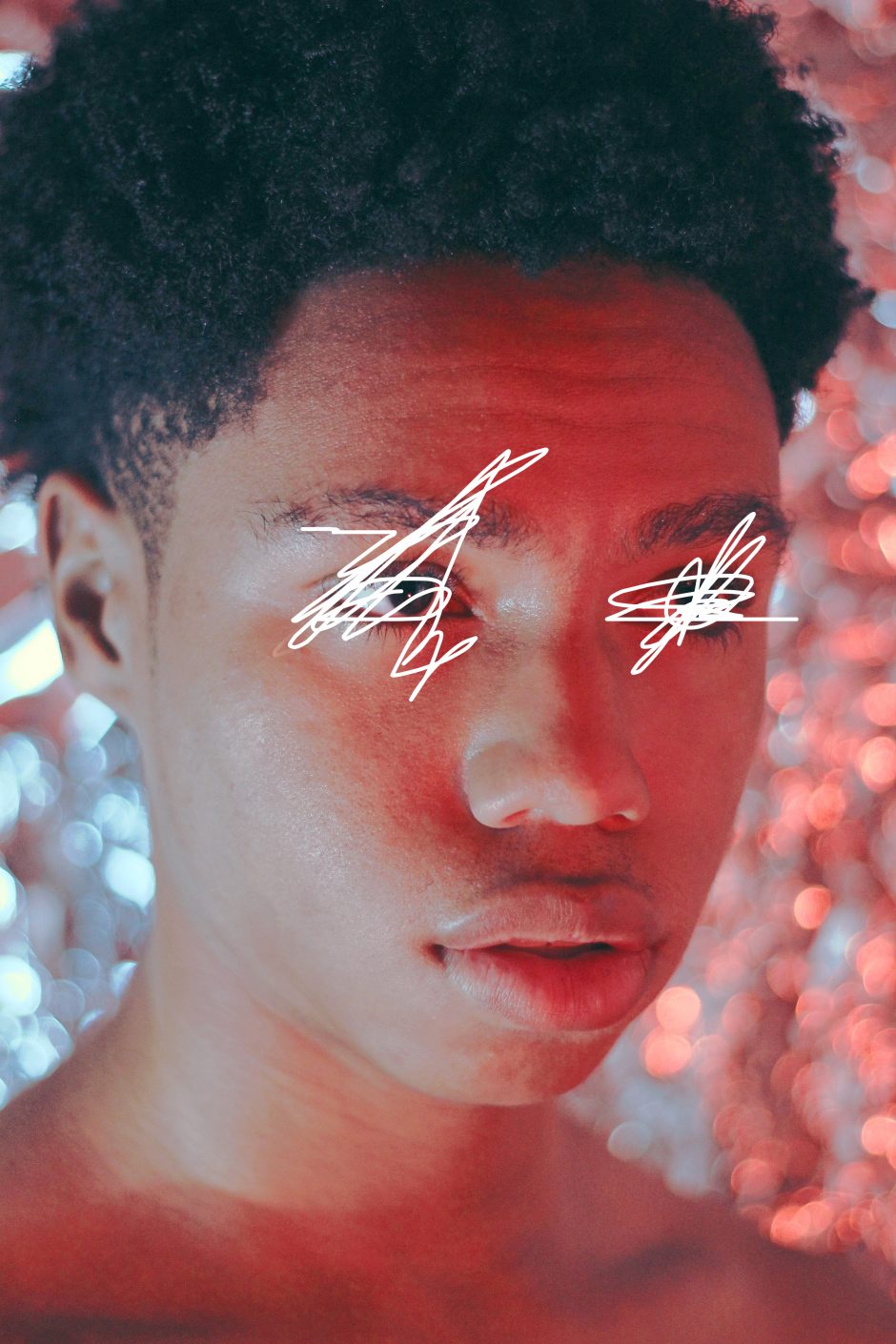 We’ve been sneaking off to the disused classrooms in St. Aloysius’s east wing since we were freshmen. These are the classrooms nearest to the church rectory, the oldest in the whole complex. The walls are blocks of brown stone stuck together with white cement and sepia likenesses of St. Christopher and St. Francis are nailed above every coal-black chalkboard. Moira feels safe smoking here, because the Sisters don’t use these rooms anymore and there are no automatic smoke detectors. We’ll spirit ourselves inside for the last ten minutes of our lunch period, and while Moira lights up, I’ll hover at the door, my posture like that of a nightclub bouncer—somehow relaxed, but always aware—and my nerves in tatters. I wasn’t made for sneaking around; Moira has always been steelier than me, the kind of girl who, in her future, might take to burning American flags in city squares wearing ripped jeans and some guy’s wife-beater. But just like I wasn’t made for deception, she wasn’t made for Catholic school uniforms. She’s too skinny, too bony. The starched white shirt and pleated grey skirt, which have always fitted me comfortably, swallow her up so that she looks almost unhealthy.

After puffing away at her cancer stick for a couple of minutes, she’ll start snooping around, rummaging through desk drawers and cabinets in search of holy relics. One day, she opened up a cupboard and found it stocked with miniature plastic patron saints, maybe one hundred of them, all in optimum condition. She spent a ridiculous amount of time taking them all out and lining them up on the floor in battalions– she’d ended up with two garrisons of St. Peters, a garrison of St. Andrews, and a reserve infantry of St. Cecilias. And while I stood by the door, shushing her and shaking my head in embarrassment, she’d stood behind her mini-army, wielding her cigarette like a sword, war-whooping in tongues.

“Down with the Establishment!” she had cried.

That’s how she refers to St. Aloysius and the Sisters who run it. The Establishment always has her in a bad mood. She thinks her creative energies are being stifled, suppressed, and we should all rise up in rebellion. The way she talks, I think she’d only be happy if we were to go around ripping the habits off the Sisters’ heads and chucking them in the dumpsters on our way out. I don’t mind St. Aloysius. This puts Moira in a bad mood, too, and it’s worse during her smoke breaks.

“Every single person in this school is a fucking hypocrite,” she started off one day. It was about five minutes to the end of the lunch period and I was getting antsy, starting to get my things together so we could leave. Moira, on the other hand, showed very little concern. She was languishing on the teacher’s desk at the head of the room, lying back, staring up at the ceiling and the clouds of smoke swirling above her face. “Aubrey, you should’ve heard Nicki Burke in Sister Constance’s class earlier…” She trailed off, shook her head, as if the memory made her skull ache.

Nicki Burke fits perfectly within the Catholic schoolgirl paradigm, so of course Moira hates her. We call her “repression in action,” because she spent most of her life totally buttoned up and then completely lost it when she turned sixteen. That’s when she started trawling chat forums for fun, got her first fake ID, and finally picked up on the ways of the world as they were relayed to her by the twenty-something-year-old guys she’d meet at the bars– the ones who could probably tell she was still a teenager but opted to ignore it because they were desperate. Of course, Nicki had managed to charm all the Sisters with her sweet, innocent smile, but get her off school grounds and the girl was filthy.

“What did Nicki say?” I asked.

“Connie was preaching about abstinence or whatever—you know she’s always raving about the death of America’s youth—and Nicki was sucking up the entire time. Sitting right there in the front row, legs crossed, nodding her head like she was in total agreement. Meanwhile, her parents are going out of town this weekend and she’s invited the entire class over to her place to ‘hang out,’ which means she’s gonna bust open her dad’s wine cellar and everyone’s gonna get to know each other on a biblical level.” She took an extra-long drag from her cigarette, exhaling slowly. “I heard she was baptizing people in her pool at her last party, she was so drunk.”

“But you get drunk every weekend.” I felt it was something she needed to be reminded of—how, every Friday, she’d help herself to the six-pack of Bud Light her dad kept in their vegetable crisper, go up to her bedroom, drink, and listen to heavy metal until she dozed off. “You just hate that Nicki does it with other human beings.”

I’d said it as a joke, because Moira was so anti-Establishment and hated the idea of doing anything with any of our classmates. But, she shot up so fast, looking completely offended, that a clump of ash dropped from her cigarette onto the hem of her skirt. She quickly patted it out with her elbow, but it left a tiny hole behind, its edges burnt black. A lot of her clothes had holes like this. “That’s not why I hate Nicki,” she spat out, glaring at me.

“I’m just saying, you have similar, shall I say, extracurricular activities.”

Moira pretended not to hear me. “And it’s not even that I hate her. I’m just fundamentally opposed to everything she represents. At least I’m honest about what I do with my time. I don’t come to school trying to convince everyone that I’m straight-edge. That’s the difference.” She sounded like a petulant child, trying to convince an elder of something inconsequential, something that didn’t matter, but she still wanted to be told she was right. I didn’t think it’d be especially prudent to mention that just because Moira wasn’t claiming “straight-edge” didn’t mean she wasn’t a practiced deceiver.

She proffered her cigarette, which I rejected; this made her smirk.

“If anyone’s straight-edge at this school, it’s you,” she sneered. “I bet you’ve never done anything.”

I couldn’t gauge exactly what she meant by “anything,” but didn’t want to ask lest she feel her point was made. Instead, I drawled, “Alright, Moira.”

She stared at me for a minute, like she was trying to figure out whether I was being vague because I truly hadn’t done anything, or merely because I didn’t feel like sharing with her. Finally, after some deliberation, she lunged forward without warning, not in a threatening way, but in a playful way. There was a smile on her face and it made me smile. I thought it was part of a game, like when she played toy soldiers with the patron saints. As she wiggled her arms around my torso, clutching my back tightly, my eyes drifted up to the clock above the blackboard, trapped behind a rusting metal cage. There were only a couple minutes left before the bell, and I wondered if I shouldn’t tell Moira, who probably hadn’t been paying attention. Most of the Sisters were sticklers for punctuality.

Moira’s rough, nicotine-stained fingertips began massaging my waist, and I realized that my white button-down had come un-tucked from my skirt. I exhaled heavily, cursed, “Jesus Christ,” as I thought how annoying it’d be trying to recreate my uniform’s former neatness so that our classmates wouldn’t think we’d been up to anything immoral. Something about that made Moira laugh.

“What?” I asked, my arms pinned to my sides. She didn’t respond except to blow hot air onto my neck. Her breath smelled like her cigarettes, which got me thinking that when I’m in my thirties or forties, I’ll probably find out that I’ve developed lung cancer from all the second-hand smoke I’ve inhaled during these daily ten-minute jaunts.

She was leaning so far into me that I was sandwiched between her and one of the student desks—a wobbly one, with one leg shorter than all the others. At one point, as I tried to perch myself on the edge of it, it collapsed onto the shortest leg, and my knees buckled under our awkwardly distributed weight. She was so skinny that her hip bones stuck out like hand-holds on a rock wall, and I grabbed onto them to keep myself from falling. My eyes glanced back at the clock as I straightened myself up– one minute to the bell now. Her chin was hooked around my neck, so I knew she couldn’t see the clock; I coughed to get her attention.

“Class is starting soon,” I told her. I still didn’t understand what the game was exactly, but it’d have to wait.

Moira relinquished her hold on me and took a step back. She was still smirking as she straightened the front of her shirt and picked her bag up from the floor next to the teacher’s desk. At some point, she’d dropped her cigarette on the floor at our feet, and stubbed it out with the toe of her shoe.

“Didn’t know I could make you go weak at the knees,” she teased as the bell trilled, echoing in the hallway. I listened for the white noise, the distant sounds of lockers slamming and kids talking as they moved from one class to another. I didn’t realize exactly what Moira had said until a couple seconds after she said it, when my silence—which had lasted a beat too long—could be misconstrued as confirmation.

“No, that’s not what happened—” I protested.

She clapped a hand onto my shoulder, smiled reassuringly. “Don’t worry. It was just a joke. I won’t tell anybody.” Then, tossing her backpack over one shoulder, she walked out, leaving me to wonder exactly what the joke was.

Taylor Walworth holds a B.A. in fiction writing from Columbia College and an M.A. in English literature from the University of Westminster, in London. Until she can re-join the piece of her heart she left across the pond, she lives under a snowbank in Michigan. “She Burns” first appeared in Hair Trigger.

Jordan Thompkins is a 20 year old photographer and college student living in Atlanta, Georgia. Jordan’s work has been featured in the Adroit Journal and BlueshiftJournal, as well as on the Adolescent Content Collective’s Instagram. Jordan has also recently begun interning as a photographer for Ei Model Management. More of Jordan’s work can be found on his Instagram page: Instagram.com/jordant.photography