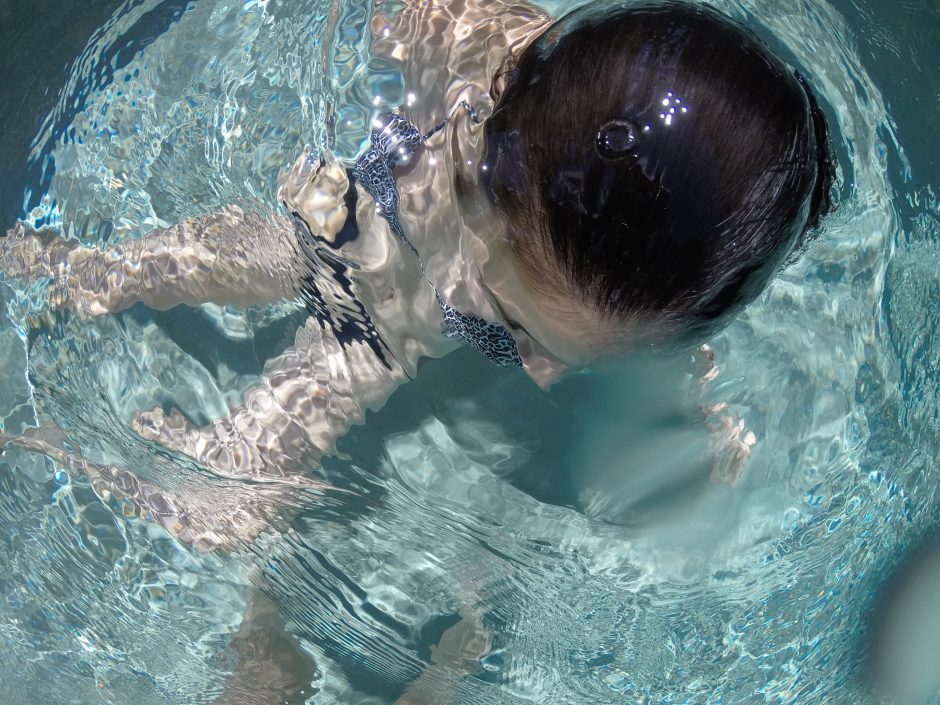 There is no dignified way to walk through a green plastic kiddie pool filled with 11.2 gallons of room temperature tartar sauce. The first issue, of course, is the high viscosity of the material, which promises to plunge into its depths any traveler who does not restrict their gait to a stuttering, cautious shuffle. Second is the cacophony of squeaks produced by the repeated contact of the kiddie pool’s sauce-slickened surface with the rubber soles of one’s sneakers. The worst aspect of the endeavor, however, is unquestionably the smell. Tangy and invasive, the sauce aggressively clings to every fiber of one’s clothing, soaking into one’s pores, filling the olfactory center with an urgent anger.

It was the intensity of this smell that made Sue Hoffle cough slightly as she climbed out of the pool and onto the stage of the 72nd Annual Saint Cecil Parish Fish Fry. Generated by her small, twelve-year-old lungs, the cough’s faint sound nevertheless reverberated around the otherwise silent gymnasium. On the stage, Father Lewis stood frozen. As Sue approached him, she was struck that his expression was remarkably similar to that of Saint Peter when watching Jesus walk on water as depicted on the cover of her seventh grade religion textbook. Amazement. Fear. Disbelief. The only difference that Sue could see was that Peter had a large, thick beard while Father Lewis was clean shaven. Also, Father Lewis was holding a cage with a hamster in it.

The hamster’s name was Florence. Unbeknownst to the animal, Florence was the masterstroke of a fundraising campaign conducted by Angela Pilkington, President of the Saint Cecil Committee for Parish Upkeep. At the beginning of January, Angela had placed Florence’s cage in the seventh grade classroom, and as Angela had predicted, over the subsequent weeks and months, the small rodent had nibbled and shuffled her way into the affections of nearly every child attending Saint Cecil’s Grade School.

Most were afflicted with a rabid infatuation, intense and unheeding of its own impending cessation. Mrs. Garcias, the seventh grade homeroom teacher, had to open her classroom twenty minutes before the first bell to accommodate the sheer volume of children who wished to visit the hallowed cage before class. On the slush covered parking lot where the students took their recess, debates of the relative merit of each of Florence’s features regularly culminated in fist fights. Around the dinner table, parents were treated to lengthy treatises of the creature’s greatness. Florence was a seven ounce celebrity; a brown-furred phenomenon; a four-legged legend that loomed large in the mind of every child and parent in Saint Cecil Parish. And now, on a cold Friday at the end of March, Florence was finally to be auctioned off.

That evening, mingling with the smells of grease and tartar sauce and the high pitched wailing of toddlers was an electric hum. Parents filed through the squeaking gym doors and shook hands with vigor. During the day, these were plumbers, nurses, and auto technicians. Tonight, however, they were high stakes negotiators, bold heroes on a mission. Under their sweaters, each heart beat a smidge faster, pulsing with the primordial desire to provide for their young. They piled their Chinet paper plates with the all-you-can-eat fish and homemade coleslaw. They handed their children a dollar each to guess how many gallons of tartar sauce was in the kiddie pool in front of the stage. They clasped their hands when Father Lewis gave the invocation. And most of all, they waited.

Finally, at 7:32, Angela Pilkington and Father Lewis climbed on stage and announced that the auction was to begin and all who wished to participate should approach the stage. At these words, each parent stood up with a degree of simultaneity typically reserved for the singing of the Star Spangled Banner before the eighth grade basketball games, pushed in their metal folding chairs, and walked to the stage with an air of casualness. Only the tightly packed arrangement of their bodies betrayed the urgency which the crowd felt. The parents gathered as close to the stage as possible, leaving only room for the kiddie pool of tartar sauce which was positioned in front of the right side of the stage.

It was only through this small gap in the mass of adults that Sue Hoffle could watch the proceedings. There has been a Sue Hoffle in every seventh grade classroom in every school in the history of America. She lived with her grandmother in a cramped bungalow behind the Saint Cecil soccer fields. With frizzing hair and limbs at various levels of development, she had the appearance of being crudely constructed. On the rare occasion that she spoke, her open mouth would reveal a crowd of teeth stubbornly unyielding to the mess of wire braces that caught on her chapped lips. While the other girls in her class had formed into tight confederations, officialized by exchanged bracelets and reciprocated sleepovers, Sue had remained a single unit, vulnerable to a variety of attacks.

She now sat, alone, at the base of the bleachers to watch the auction of Florence, her sole ally in the seventh grade classroom. Around Sue’s neck was a pink lanyard with the key she had used to lock her grandmother’s screen door earlier that evening. Her sneakers were still damp from her trek across the slushy soccer fields. Her grandmother would be asleep when she returned. Sue watched as Angela Pilkington handed Father Lewis Florence’s cage.

The bidding began. And Sue watched. Five dollars. Ten. Twenty. Mr. Fisker raised his hand. Sue saw his daughter Leslie Fisker place birthday party invitations on the desks of the girls on either side of Sue. Twenty-five. Twenty-seven. Thirty. Mrs. DeCaucus shouted out. Sue saw Anthony DeCaucus drawing a butt on Sue’s lunchbox in permanent marker. Thirty-five. Forty. Forty-five. Florence rustled in her cage. Sue saw her life stretch in front of her. Days and weeks and months of these small embarrassments, all piled on top of each other and going on and on and on.

She walked forward towards the tight mass of parents. The only clear path was that above the kiddie pool. She paused at the green plastic edge of this sea of gleaming white, then unceremoniously strode ahead. The quiet splorp of her sneaker diving into the tartar sauce cut the noise in the room by half. With each movement, the onlookers grew more silent until the only sound in the entire gymnasium was her own squeaking, sloshing footsteps. The eyes of every parishioner followed her pilgrimage as she reached the stage and hoisted herself onto the platform.

Her shoes, now filled with the creamy, white glop, squelched with each step she took to the center of the stage where Angela Pilkington and Father Lewis stood with Florence. Angela Pilkington’s bright red lipstick formed a perfect “O” as she watched this ungainly, odorous creature approach. Father Lewis, almost certainly still in shock, did not resist when Sue gently took Florence’s cage. Florence rustled softly. Still shuffling slowly and unceremoniously, Sue made her way to stage left, opened the creaking gym door and exited into the cold March night. In her wake walked a trail of size 6 ½ Sketcher footprints.

It is indeed an axiomatic truth of the universe that there is no dignified way to walk through a 11.2 gallons of tartar sauce. There is no dignified way to steal a hamster from a priest. Or be a middle school pariah. But at twelve years old, Sue Hoffle did not have the luxury of dignity. What she had is the knowledge acquired through daily practice: that every indignity can be stomached, that every blemish eventually heals, and that seventh grade could not last forever. This was Sue Hoffle’s wisdom, her super power. It gave her the ability to do what no other person in that gymnasium could and cross a sea of indignity and embarrassment towards a future of promise and tartar sauce stained glory.

Grace McCormack graduated in 2016 from Notre Dame where she studied Economics. She is currently a first year PhD student at the Harvard Kennedy School of Government. “Onward to Florence” first appeared in Re:Visions.