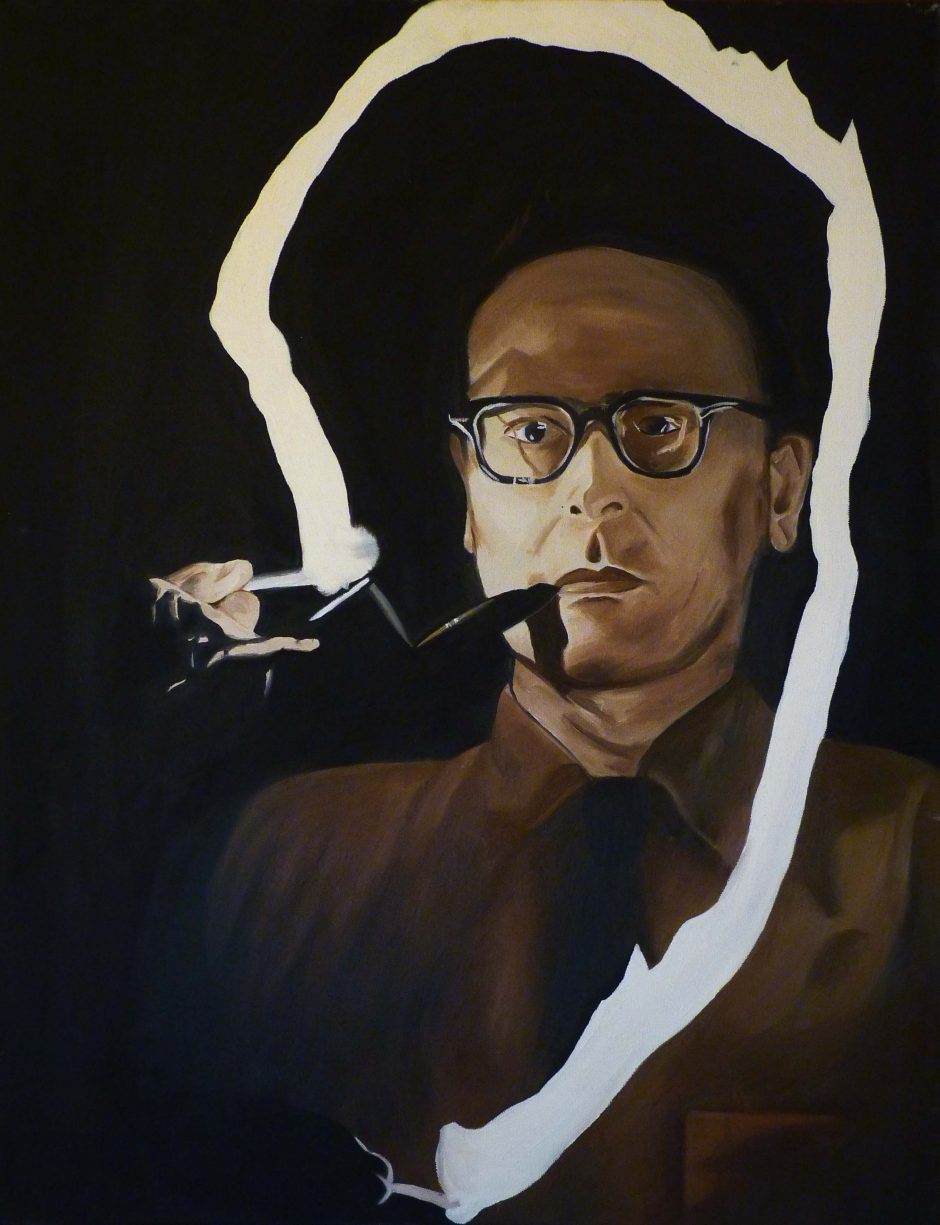 From a young age I was naïve
enough to know I was a genius.
All the bored wealthy mothers
Of my friends begged me to ski.

The girls kissed me on
the playground, they kissed me
in the classroom. As good pilgrims
do I ran away and laughed.

How did I get so humble now?
I played pigeon-toed
beneath a big tree, often.
What an artist!

David Scofield is a senior at Brown studying classics. He loves summer camp and hopes to direct one when he is older and more responsible. He looks to his grandparents, parents, and brother as role models. His poem was first published in the Brown/RISD journal, Clerestory.

Charles Green lives in South Carolina, where he received his BFA from the College of Charleston in 2012. He has exhibited several times, including in the Halsey Institute’s annual juried Young Contemporaries and in the College of Charleston’s literary magazine, Miscellany, where this work first appeared. His recent work is representational of day-to-day life scenes.