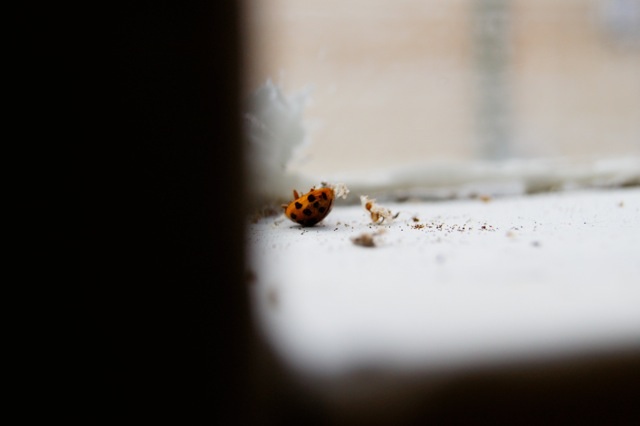 At first, I didn’t believe I was shrinking. I thought it was all in my head. I’ve always been short and it was just getting to me, that’s all. Puberty was breathing its last but I still had plenty of growing to do.

Then Dan, my mother’s fiancé, said to me at dinner the night after they moved in, “Hey Boy, I didn’t realize you were a full head shorter than Mike till yesterday when you were carrying boxes side by side.” I looked across my grandmother’s old dinner table at his son, fifteen-year-old Mike, who smirked through his peach fuzz and into his mashed potatoes, and I shrank another inch. Mom said that she’d never noticed. Maybe she’d been too busy.

I shrank another two inches a few days later when I realized I thought Mike was beautiful, though I’m not sure how long before that the concept had been waiting to be noticed. He was only fifteen but he was tall, had a sideways smile, clever eyes, and skin that looked like it would burn to the touch. I was now too small to look my mother in the eye and that’s when I knew for sure I was shrinking.

After a shower, Mike would come out of what used to be my bathroom, hair wild, rivulets of water following the curves of his chest, wrapped so tight in a towel I could see the outline of his penis.

I lose half an inch every time I touch myself after he comes out of the shower, but sometimes it’s worth it.

About a week ago, hands in my pockets and hair hiding my eyes, I asked Mom to take me to the doctor. “You’re not shrinking,” she said without looking up from the hem of Dan’s new work pants. “You just need a male around here for once. There’s a lot Dan can teach you, y’know. I’m sure he could use your help with the car.”

In the garage I found Dan and Mike huddled over the engine of their pickup truck. “Hand me the spark plugs, Boy,” Dan said, when he saw me.

“These?” I picked up a handful of hexagonal objects from the workbench.

“Those are lug nuts, Lug Nut,” said Mike. I shrank another inch and now I was too short to see over the workbench.

“Why don’t you go help your mother,” said Dan.

Mike lost his virginity last night to his blonde lab partner with huge tits while Mom and Dan were at the movies for their date night. I stood outside his door with my dick in my hand and listened as he grunted and the bed creaked and the sheets rustled, ignoring the higher-pitched, nasally squeals. I thought about my own virginity and how I didn’t want girls. I thought about Mike and how he’d never want me. I thought about how he’d be my little brother one day. I felt myself shrinking as I pumped my fist, but I didn’t care. He gasped for breath. I gasped with him.

This morning, I wake up early. I know it’s time to say something because I’m only an inch tall and, if I don’t, the next time I shrink I’ll disappear. I climb down the mountain of my bed. From the shadows of the depths underneath, my old action figures with their muscles and their tight spandex stare at me, faces blank and eyes lidless, but taunting me still. They are so much bigger than me. It takes me hours to hike through the thick carpet and into the kitchen. Mom towers above me, leaning over the counter.

“Mom, I’m not like other guys.” I yell to be heard from the tile expanse. “I really am shrinking and I don’t know what to do or how to feel. I thought if I just ignored it—” Mom doesn’t turn around. Instead, she dishes up two plates of eggs and bacon.

“Mom,” I scream, “my body isn’t working like it’s supposed to and I don’t know what to do!” She turns and thunders out of the kitchen like a titan, taking the two plates to her bedroom where Dan is waiting; I shrink again.

A lifelong resident of Tampa, Scott Griffin has finally graduated with a degree in creative writing from the University of South Florida. He hopes to get into an MFA program somewhere he can see the snow, if he can ever find the time.

Rachel Adler, from Washington, D.C., majors in comparative American studies, with minors in anthropology and studio art. She loves bugs.

Nocturnal: A Series of Haiku