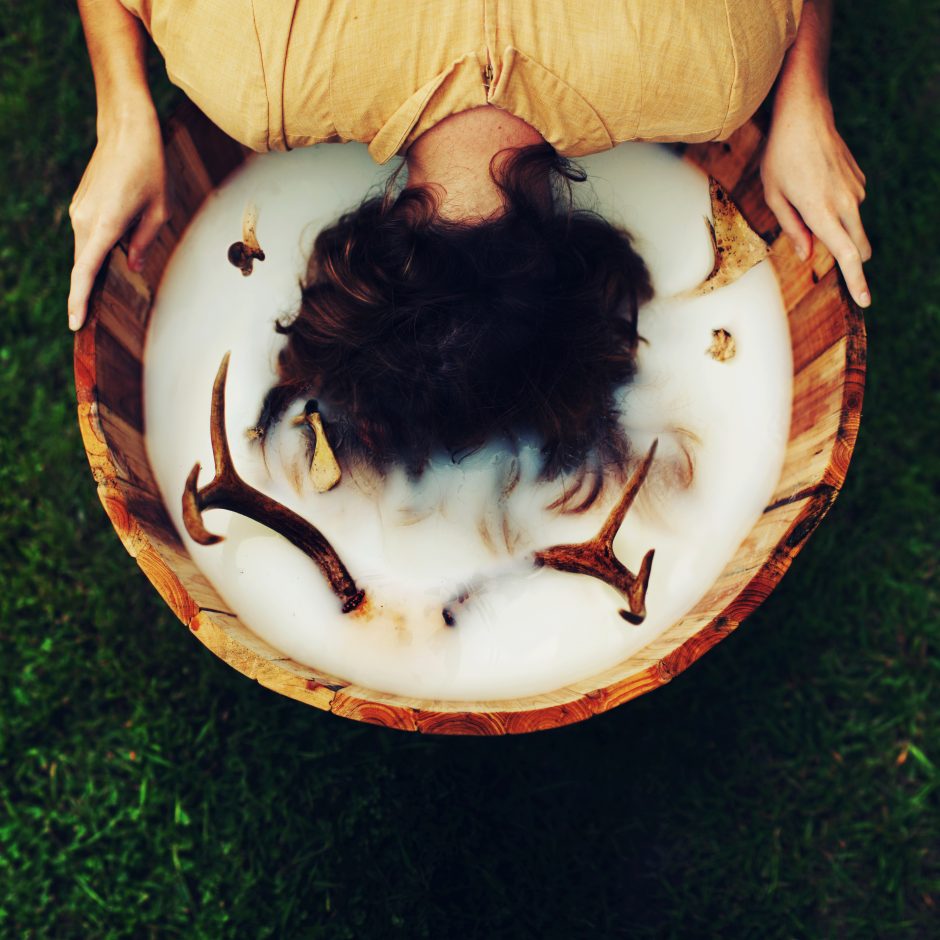 I was riding the 81, just cruising down Fig, mentally stripping this blue-haired girl four rows ahead. She was maybe twenty five. I couldn’t tell whether her eyes were open or closed.

Somewhere past Olympic, I noticed someone standing over me. I raised my eyes and saw a Goliath dude looming. He scratched his head and dandruff snowed onto my lap. I waited for him to speak.

“Stop talking to me.”

“I ain’t gon stop shit,” he said, folding his arms. He snorted and wheezed. I could smell the pot fumes. He was rocking faded camos and half his face was wispy beard.

Shaking my head, I scooted up against the window and he sat. I went back to imagining my girl naked but I didn’t want to get her memory mixed up with my seatmate’s scent so I stopped. I was depressed. I wanted to step out of my skin. Nobody was looking except Goliath.

I started counting how many people on the bus I would never meet. Started imagining how everyone would die.

Fat Latina lady in the front would choke on a toothpick. Her kid would get hit by a bus.

The driver would have a heart attack. Obviously. And my blue-haired girl would OD on heroin. I wondered how the undersides of her knees smelled.

“Hey. You think the end of the world’s coming?”

I squirmed and looked over at Goliath. He was tapping out some weed in his lap.

“Nothing,” he said. He licked his lips.

Despite the crowds, the 81 is lonely as hell. Seats with primary colors. Monitors explaining how to report a crime. A few dozen miserable fucks, their faces holding the same sorry twist.

“What the fuck do you want from me?”

“You want to see something?” he said, smiling. I stayed quiet. He reached into his pocket and pulled out a handful of fur. Black, beady eyes. Dead mice. I reached out and grabbed one by the tail, holding it against the light. We both started laughing. No one gave us a second glance.

I followed the blue-haired girl off at a station full of scarecrows. The sun felt thick like tar.

We went into Central Library. The security guard flashed me a frown. I trailed my girl into the book stacks, past people who looked smarter than I felt. I was more interested in tasting her ear than anything else. I’d read somewhere that a girl’s ear is like another sex organ, right into her head.

I still had one of Goliath’s dead mice in my pocket and I jiggled it around as I passed the front desk. There were more books in this one room than I’d seen in my life. My girl floated between two racks and stopped, so I went around to the other side. When I reached her I was shaking, but I pressed up against the spines until I could hear her breathe. I pulled a couple books and opened up a hole.

There was no one within a hundred feet. Still, she asked, “Are you talking to me?”

I nodded, licking my lips. “We could go somewhere. I know a place.”

She played with her hair, twisting strands into yarn.

“I don’t know what you’re talking about.”

She choked on her spit and walked away. Shit. Hadn’t meant to say that. I considered following her but decided against it.

Security picked me up a few minutes later and took me down to a gray room in the basement. I sat down at a metal table across from a sweaty widow’s peak.

“We can’t have you sexually harassing our patrons,” he said.

“Everyone needs to feel safe.”

Nobody had a gun. They hadn’t checked my pockets. Hadn’t found my mouse.

It wasn’t fair. I wasn’t doing anything wrong. I only wanted to taste this blue-haired girl. Only wanted to smell her knees. I felt like I might cry.

“You know,” the guy said, leaning over the table, “I could make this the worst day of your life.”

I started laughing and pulled out my mouse. I laid it on the table and stroked its tail. Someone said, “Oh my God.” I leaned back in my chair and looked the guy straight in the face.

“What exactly am I supposed to be afraid of here?” I said. “Can you tell me that?”

Back on the bus, I asked everyone if they thought the world was ending. The only people who responded were the kids. They pointed and told me I was bleeding. Their mothers ushered them away.

Everyone fit in their seats like teeth in sockets. Everyone but me. I knew I’d lived longer than I was supposed to. I wanted to pull out my eyes. Wanted someone to lick my wounds. We kept coasting. Outside, Los Angeles whipped by, like a film being rewound.

Jackson Burgess is the author of Pocket Full of Glass, winner of the 2014 Clockwise Chapbook Competition (forthcoming, Tebot Bach). A recent graduate of the University of Southern California, he studies at the Iowa Writers’ Workshop as a Truman Capote Fellow. He has placed work in Rattle, Joyland, and The Los Angeles Review. “Haunt” first appeared in Adroit. (jacksonburgess.com)

Sarah is a fine art and travel photographer from New England, who specializes in conceptual portraiture. In her work she tries to convey a quiet stillness of emotion with a connection to her natural surroundings. She stumbled upon photography while working in the medical field and threw all her energy into teaching herself the craft.