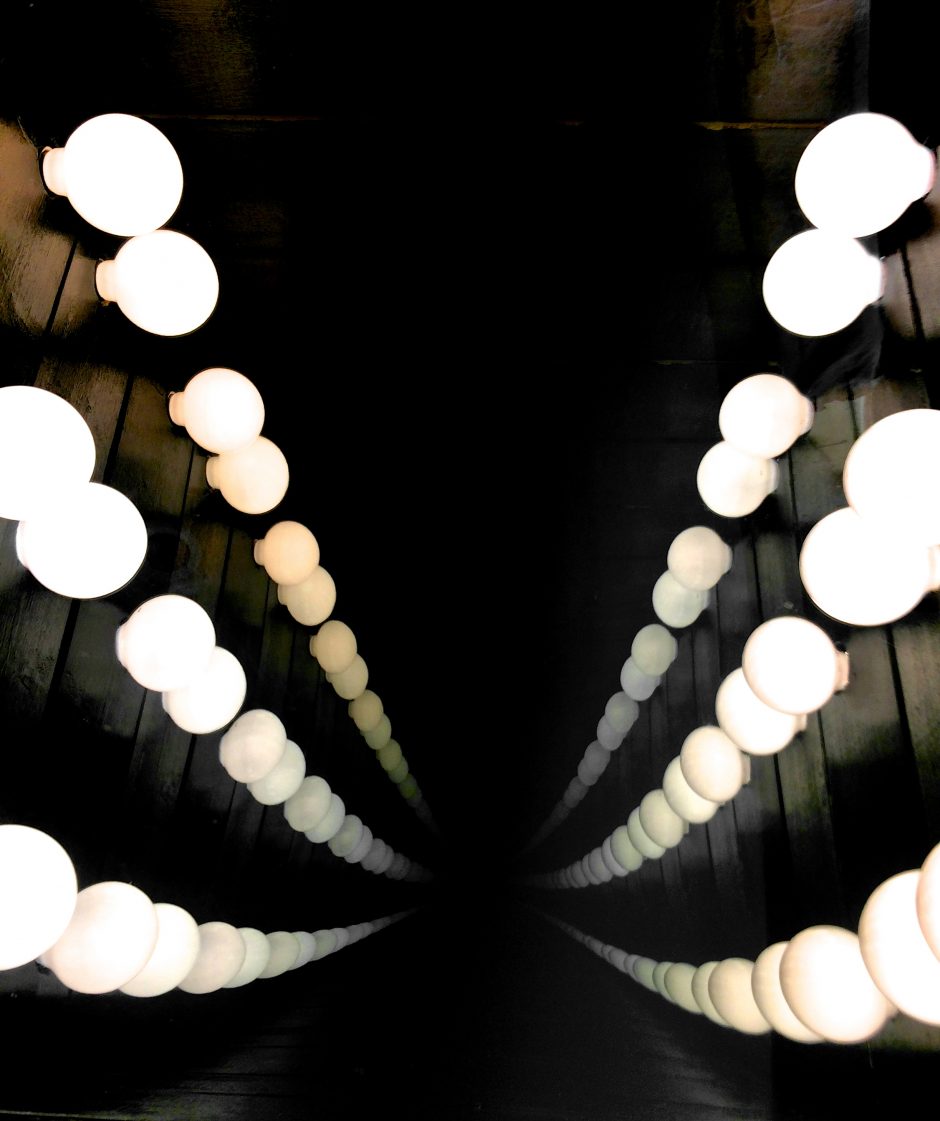 traveling to your fingertips—

bridging a circuit with the brass door knob—

giving your hand a quick jolt.

drawn towards hairs stretching out to touch it—

Carried by a draft

that balloon bumps into Walter’s hand—

Bill tries on a wool sweater

gifted from his mother;

against a winter beard, gathering force.

When Bill walks into the foyer—

his fiancé is relaxing on their college sofa—

he leans in for a smooch—

erupting from a shaggy chin.

Debbie in Buffalo dials up Pam in Fresno—

sisters gossiping about their husbands—

while an angry nimbus at Thor’s command

converging through the landline to the chatter-bug inside—

throwing her across the room.

with one hand gripped around

the other summoning her prized pug—

Benjamin Walls is from Springfield, Ohio. He graduated from the Univeristy of Cincinnati in May 2015 with a BA in English Literature. His current work deals with cosmopolitiansim and poetics. “Electrodes” first appeared in Short Vine.

Jacob Fisher is graduate of Bard College and a Installation Artist living and working in New York City. Jacob creates temporary installations that work at transforming and redefining the aesthetics of a space. “A New World of Light” first appeared in Bard Papers.

Your Accent is Almost Gone