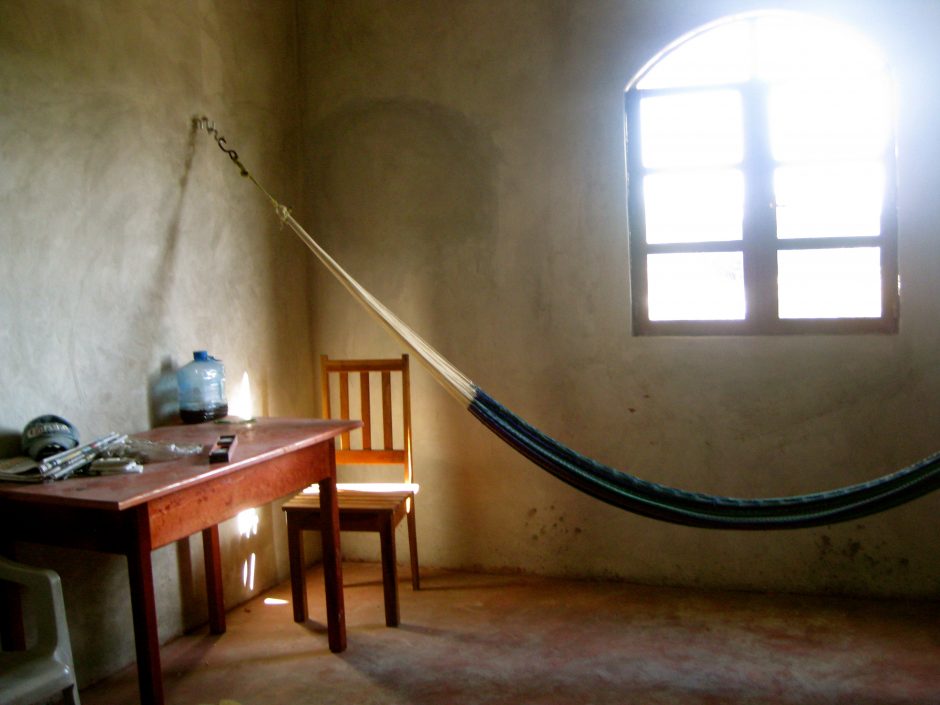 To protect a vegetable garden
from rabbits
you must lay the chicken wire
twenty-five centimeters
into the soil.
They can’t dig that deep.
Eighteen meters of wire fencing,
four sides of four and a half,
iron stakes cornering the square,
entrusted with strawberries, tomatoes,
artichoke hearts.
The farm was near Biarritz.
Our hunter green tablecloth unfurled
labyrinthine corridors of blueberry bushes
winding down into the River Nive
sailing blueberry flotsam
past piment d’Espelette villages
into the Atlantic.
The Carcelles had owned Xixtaberri
for seven years.
This summer
I was their only guest.
I worked for room and board.
In July, at dinner,
they told me how
in March, at night,
they had lost their child. How
in the morning, his crib was just
empty, its narrow wooden slats
painting strips of sunlight
on the hardwood floor.

A rabbit
can slip through an opening
of five centimeters,
said Noël, his legs dangling
in the corn husks below the porch,
drinking one glass of sambuca Ramazzotti
on ice, like every other night.
He stared into its milky
snow globe murk before a sip.
He told me he once
trapped rabbits
and snapped their necks
but that he didn’t use live traps
anymore.
I found one.
In the bushes.
An ancient and empty cage.
And he slipped his fingers
into his trap’s square lattice,
two centimeters by two centimeters,
white knuckles clinging
to rusted memory.
If there was one,
there must have been others,
entangled and forgotten
in blueberry folds—
and he cried to imagine it—clawing paws,
pawing hands, unable to know
what is happening

Nasir Husain is a senior at Harvard studying English literature and writing a play for his thesis. He enjoys directing and performing for the theater, and playing pick-up hockey in his hometown of Toronto.

Andrea de Sa is a junior at Princeton’s Woodrow Wilson School of Public and International Affairs, studying development economics, specializing in Latin America. She is currently taking a semester away from Princeton at Oxford University, to focus on policy issues of the European Union. She enjoys traveling, is fluent in English, Portuguese, and Spanish, and studies French and Mandarin Chinese.