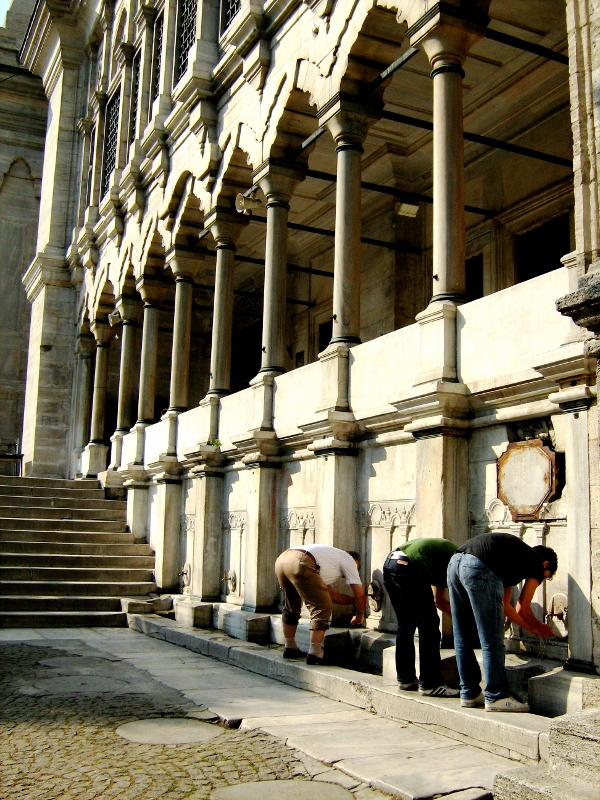 There is a story in which snow

is pushed cliff to cliff

with a brownbrush broom, a tree

to put oneself out like an ashtray, how sand

and snow both blow. Say hello,

pluck your head off and replace it

in stillness, in white in a white

with clouds. They take their bad children

to the well and then pause in the snow

with girls, hang their clothes

from trees and brood

into them, when the children shiver wet

and silver in the pit and birds

never come but there is a nudge

of black beyond the glass, a soft

clicking. The children sink in

and it does not matter how naked

they are. In their hands

the snow stays snow. Or,

you are already almost dead, caught

with your white towel

and no wife, just snow

to fall into after the gunshot, and just snow,

the anonymity of it. Their heads stuck

What they saw in that brief

your house tips over or a wolf

comes out of the woods

for something to eat. Sometimes you die

as your horse descends

the mountains and sometimes you are

naked in the electric snow. The overflowing

A recent Susquehanna graduate, Melissa Goodrich is now an MFA candidate at the University of Arizona. She teaches English composition and introductory fiction classes, swims in sky, and bakes both shoulders like bread loaves in the never-ending sun.

Andrew Loh graduated from Swarthmore in 2011 with a degree in political science and a minor in Islamic studies. He currently works in Malaysia. Andrew broke his camera a few years ago.