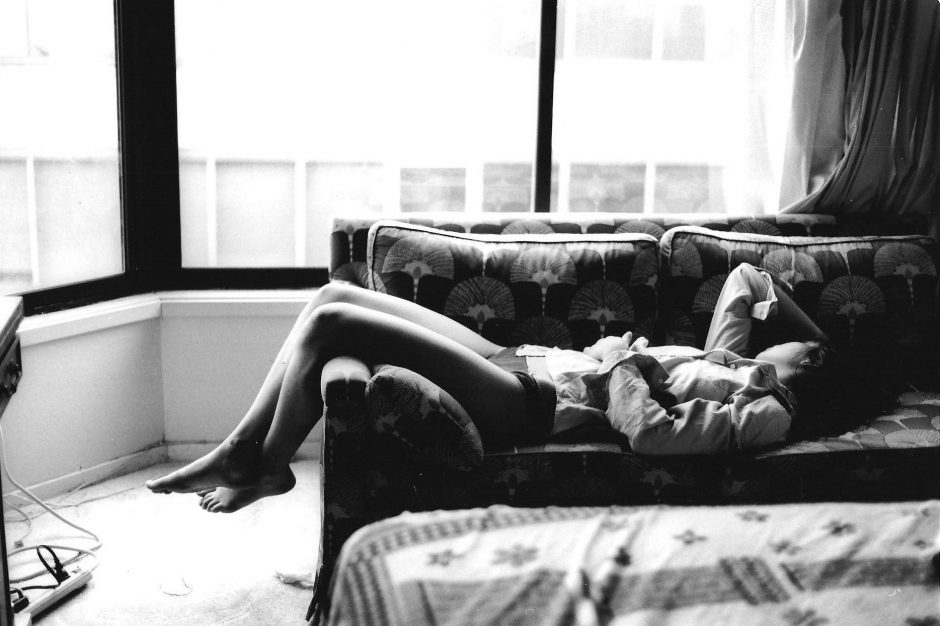 Stay up until five in the morning, having your heart broken from nine time zones away. Discover new and exciting forms of pain. Feel like you’ve had the skin peeled off your body and your insides scraped empty. Be twenty. Feel twelve. Understand love songs for the first time.

Make it through your morning classes like you make it through the first week after surgery. Push open the door with two hands and step into cobblestones and sun. Shake like a drunk around the corner to the sausage stand and wait three minutes for a tiny cup of instant espresso.

There’s a chamber in your heart that feels like it’s going to explode any second. It will expand slowly for months but never quite burst. It’ll stretch out and lose air, and as the pressure goes, and the chamber deflates, you will think of nothing but how to fill it up again. You will push the limits of melodrama. You will think you’re a fucking baby and swear to be over it. Listen to Thin Lizzy’s “Running Back” twenty-nine times a day, then lose the ability to listen to any song all the way through. Drink and dance and kiss strangers. Cry a ton. Think there’s something really wrong with you.

Don’t look at the woman that hands you your espresso. Hold the melting plastic cup between your thumb and forefingers. Catch her eyes as you pay and ask her questions in your head: “How long will I feel like this?” “Can you make it stop?” Wonder if she speaks English.

Stumble on a curb. Almost spill your espresso. Almost laugh.

Buy a pack of American cigarettes and two bottles of bad wine to present to your girlfriends in exchange for weed and sympathy.

Sit down on the steps of the nunnery next door and pull the Camels from the pocket of your leather jacket. Smirk. Feel like a punk, a solitary expatriate. Finally feel a justified sadness. Kind of like it.

Spark, pull, exhale. Breathe the smoke in deep, feel it nestle in your lungs. Realize this is the first time you’re smoking alone. Wonder if this means you’re finally addicted after three years of social smoking, realize you’ve just never needed a cigarette before. You used to share his last cigarettes, in the mornings that wrapped up summer nights; Five a.m. at the river he lit them under his t-shirt to shield against the wind, Seven a.m. on the porch he fed you drags while you lay on his chest. Try not to think about him with her, putting the cigarette to her lips, sharing his beautiful sadness with her. Want him back like you want to go back to sleep every time you wake up.

Move your lips into an O and push the smoke out from the back of your throat. Smile as you watch tiny rings disappear into clouds. It is a bright grey morning, the best you could ask for. A spray of dark birds flutters across the blank sky and the static clears for three minutes. Feel significance crawl on your skin. Feel your heart beat properly for the first time in forty-eight hours.

Suck in your last drag like you’re about to dive into the ocean. Push it out like you’re not going to drown.

Mirra Schwartz was born and raised in Albuquerque, New Mexico, before heading off to study psychology and neuroscience at Stanford University. See more of her photography at www.flickr.com/photos/mirrarobot.