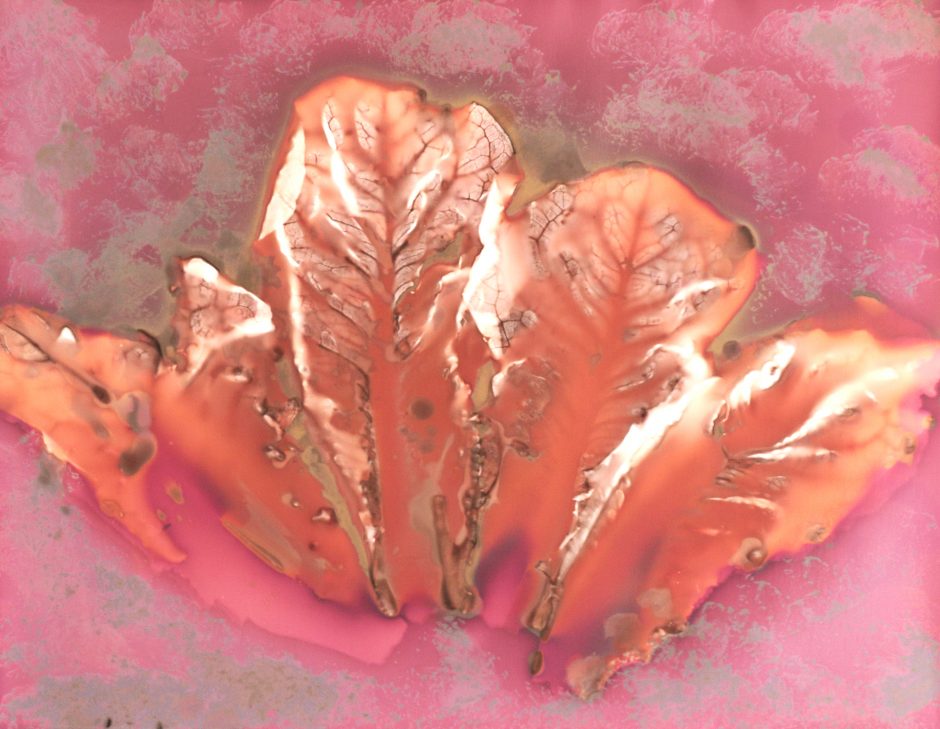 Ivy turned the living room lamp off and back on again for the eleventh time when Hal finally looked up from his book.

“Should I read somewhere else?” he said.

The worst part was that he meant it. Ivy knew Hal would gladly get up and read in the bathtub again so that she could toy with the lights until the bulbs burned out. What was left of Ivy’s fingernails gnawed into the doorframe, her other hand limp across the lamp chain. She turned it off again because she couldn’t look at Hal’s face in moments when she loved him.

Ivy hurried to the bathroom and turned on the hot water, scrubbing lavender soap into the creases in her palms and under her chewed fingernails. The familiar restlessness sent electric currents prickling through her bones and charged her fingertips with static energy. She felt an absence—a missing brick in the wall. A cavernous negative deeper and darker than simple nothingness.

She threw open the medicine cabinet lined with nail polish that she never used and pushed back one bottle sitting half a millimeter out of formation.

“My white glove,” Ivy said, gripping the counter. “I can’t find it.”

Hal slipped away and came back with a bottle of Steinhäger and a tiny glass. He emptied the bottle and pressed it to Ivy’s lips with the gentleness of their first kiss. She opened her mouth and let the alcohol spill over and scorch down her throat, quieting the electricity inside of her.

“I’ll buy more tomorrow,” Hal said. She heard him kiss her forehead, but couldn’t feel his lips touch her skin.

She woke up sober and shivering in Hal’s arms while pale moonlight spilled through the shades. The feeling was back, and it sent charged electrons all across her skin as she slipped out of bed and went to re-organize the sock drawer.

Her heel sunk into the floor as one of the floorboards tipped downward under her weight. Static energy shot to her fingertips and the ends of her hair as she fell to her knees and lifted the board away.

A shoebox sat in the hollow space below the floor. Ivy’s white glove lay inside next to the missing sandal from last July, the pink sock she thought she’d lost in the wash, and the topaz earing from her mother.

Ivy looked at Hal sleeping, arms clutching the empty space she used to occupy. She could still taste his burning gin kisses and the sweet whispers in her ears that filled the dark corners inside of her with summer air.

She sat in the living room and slowly turned the lamp on and off, on and off again. An electric shock rushed through her bloodstream and she knocked the lamp over. The bulb shattered. Night inhaled the room in one swift gulp. Ivy sat in the darkness which she preferred; where her love remained faceless and she could pretend not to see.

Cristina Guzmán, born and raised in Puerto Rico, is a graduate student, about to complete an MFA in Film Production with emphasis in Cinematography from Chapman University in 2016. With a bachelor in Modern Languages (French and Portuguese) and trained in dance and visual arts from a very young age, one of her passions is Art Photography focusing in traditional and alternative processes like Lumen print, Pinhole, Cyanotype among others. Cinematography for her is like dancing with light, shadows and moving images while exploring different ways to communicate with the visual language. “Lettuve Hug” first appeared in Calliope.

Graffiti in the Library