while a professor pores over the enlightenment 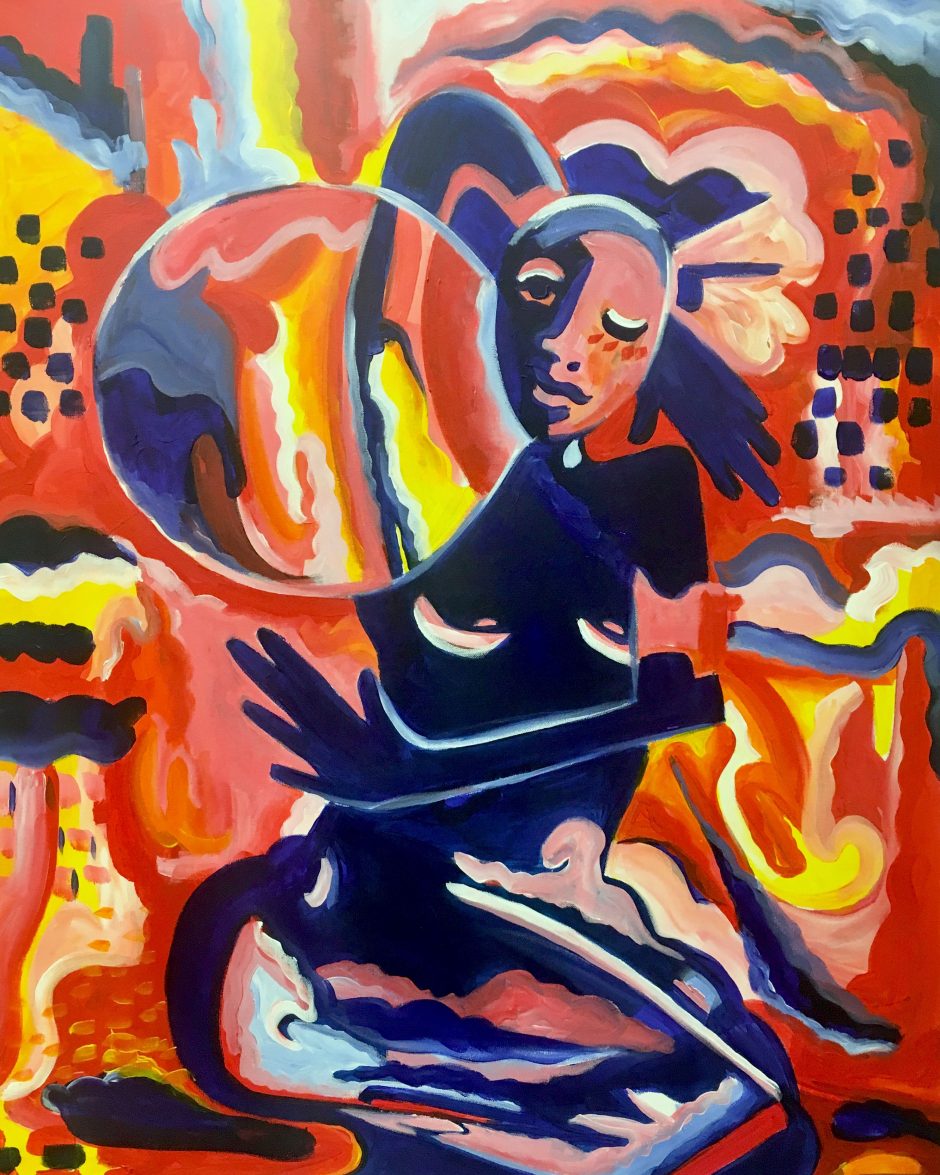 that Eve bit into knowledge

and all of my citations

slither their way back

to sons of Adam

that we bore the brunt of it

ate too much, too soon

burped ourselves to exile

the girl in the movie

is sad and sinking

into red velvet and cream cheese

the excess as abusive

books and papers and scrolls

built on the nibbling of fruit

kashmir has had a brilliant late season

ruffles through the alphabet-

the lines she makes most sense of

to the sound of guns and leaves

blowing in the wind.

Kaav Ranj graduated in May 2020 from Symbiosis School for Liberal Arts. She has published her work in worldwide publications, such as Under the Basho, Cornell Digital Haiku Library, and elsewhere. She has performed her spoken word poetry across several cities in India and the Middle East. ‘while a professor pores over the enlightenment’ originally appeared in Collision Literary Magazine, University of Pittsburgh.

Kiara Florez is a graduate of Delaware State University with a bachelor’s degree in Studio Art. She is an artist who expands abstract paintings with themes of spiritual philosophy and imaginative worlds. This painting first appeared in Collision Literary Magazine.