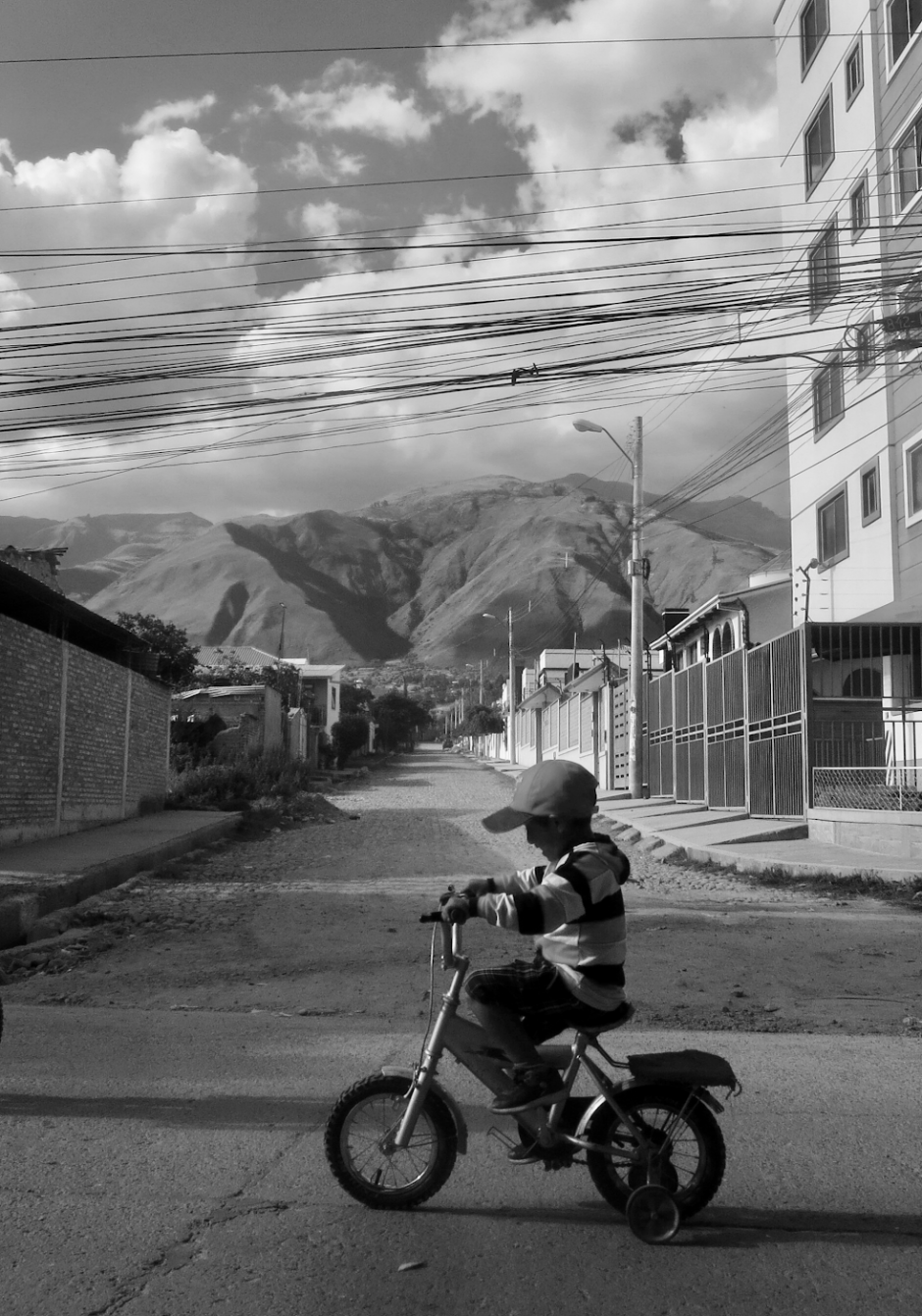 I would move to Southeast Alaska

and live in Wrangell where

I would wear True Tuf

at the mouth of the Stikine River

from the stern of a 20 foot skiff,

after just being dumped on deck

after winching the trawling net

up from the ocean floor

having put the water on the stove to boil

when we left the docks,

so we could clean the skillets

and boil the catch,

if I wanted it to rain.

Scotty Sexton was born and raised in Idaho, moved to Fairbanks in 1967, and graduated, with a degree in Philosophy, from UAF in 1975. Scotty worked as a land surveyor for the State of Alaska DOT for 40 years but, after retirement, has returned to UAF to pursue his love of writing.

Anna Hiltner ’23 is a sophomore at Princeton University. After taking a gap year in Bolivia, she is studying sociology, Latin American studies, and journalism. Her piece “Haku”, or “let’s go” in Quechua, was taken in Cochabamba, Bolivia on the Día de los Peatones. The Día de los Peatones, or “day of the pedestrians” is a national holiday when no cars are allowed, leaving pedestrians and bicyclists to take over the streets. This piece first appeared in The Nassau Literary Review.

The Way to a Chinese Daughter’s Heart