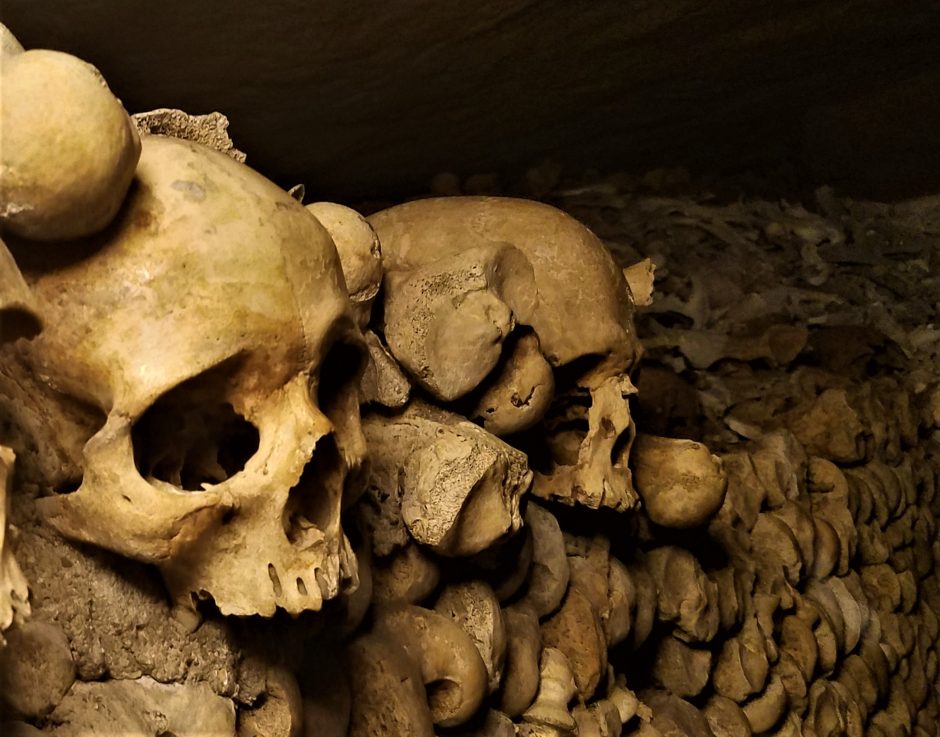 “It was the summer of 2016,” Alex said, stalwart against the bonfire light. “No one fucking listened to me. I told ’em it was all a ruse. He was back. He was back and remorseless. You know why?”

The scraggly nomads gathered around the fire with him stared bemused. Some of them were new. Some had been following Alex for days now, nameless vagabonds. It didn’t matter who they were.

“We destroyed his world. Killed his endangered species. Murdered his crocodiles. Burned a hole in his ozone. Ruined the environment with our refuse and technology. We did the exact opposite of what he wished for, and now,” Alex tossed a log onto the fire, solemn, “now he’s come to reap what we have sown.”

“That’s horseshit,” one of the younger, and naturally skeptical fellows in the half-circle said. “You make it seem like you were there when it all hit the fan. Steve Irwin—the fuckin’ Crocodile Hunter—brought back to life by the same stingray that killed him? I don’t believe you.”

Alex turned ashes over carelessly at the edge of the fire, a slight grin kindled on his face. With glasses glinting so the skeptic fellow couldn’t see his eyes, he glanced at him.

“I was there,” he breathed.

“The fuck you were.”

“Look, you don’t have to believe me. But if there’s anyone that knows the Croc Hunter’s greatest weakness, it’s us who were there to see it from the beginning.” Alex shifted, took a deep, profound breath. “First, everyone seemed to rejoice. It was all part of their plan. The officials in GreenPeace caught on quickly, and Irwin recruited them first. Many others followed, environmentalists, conversationalists, and organizations alike. Under Irwin’s rotten fist he was able to convince them to commit mass genocides against civilians like us who ‘destroyed’ Irwin’s beloved world.”

“I don’t get it,” one of the other vagabonds said. “Why us? Maybe we didn’t know better. And how do you explain a bunch of hippy, earth-loving freaks suddenly taking over the planet?”

“Well, he realized this wasn’t enough,” Alex continued. “He had to take control of the animals as well. Once he had the koalas capable enough to fly B-17s over every major city in the world, dropping venomous snakes and crocodiles into the gorefest that followed, all government and religion fell within the year. The Americans took the biggest initial toll. Alliances were reluctant at first and by then it was too late. Everyone had to fend for themselves.”

“Wait, what’re you, then? Ain’t you American like us?” the first skeptic fellow said.

Alex looked up from what he was doodling in the ashes. “I’m nobody,” he said. “Fuck nationalities anymore. We have to save each other’s skins now.” Alex jolted to his feet, twin fire-axes duct-taped together brandished in his hands. His mega-cleats had been ravaged a week ago against a patrol unit of attack kangaroos. Fortunately, he still had his abnormally large hedge-clippers slung across his back, having seen battle with many a stingray and armadillo squadron alike. But the noise he heard now was unmistakable.

While he ran through the forest, Alex swapped out his fire-axes for his stupidly enormous hedge-clippers, knowing that they were the best substitute for a spiked-umbrella—the greatest defense against drop-bears. He knew by the sound of curdling throats being gashed out that the newbies had no experience with drop-bears, let alone ever seen one. “It’s almost like hearing thunder on a clear day, like the lightning hits you from out of nowhere,” he had said years ago, having been part of a resistance team that had been decimated on the northern front. He hadn’t seen Michigan since. Preservation of the Great Lakes was one of Irwin’s major first goals. He lost many friends in that initial scourge. Now his allies were like bandages—there for a time before they too were thrown out by the Croc Hunter’s purging.

Above him he faintly sensed the trickling thunder. He thrust his hedge-clippers into the black empty space above. In a flash of heavy fur, he clamped the comically huge clippers into the bear’s throat and heaved the massive mammal down onto the leaf-skin of the forest floor. “Fuck you, too, you filthy animal.”

Alex ran. He forgot about the others, something that has kept him alive for the past fifteen years. Was there any hope anymore? Irwin’s cleansing won’t cease either until the resistance is stamped out completely or if Irwin himself were killed. His body was practically immortal.

Alex had to slow down now, stop his thoughts from burning his skull inside out. How far had he run? The forest looked the same as it did before they pitched camp. Either his ears were ringing or he had run far enough from the ambush that he couldn’t hear anyone, alive or dying. He realized both those things were the same for the lifestyle of a survivor.

At his two o’clock he saw the honey haze of lights. It was a warehouse the color of oatmeal. He knew never to trust buildings much anymore; staying in them was like asking to be killed. The warehouse was rectangular, made for function rather than fashion.

To his surprise, Alex found that there were only two guards outside. There wasn’t even a gate. Just an inconspicuous warehouse. He was surprised how close he and the other nomads were to this, how hidden it was below him, down in its narrow kettle depression. Explains why they were attacked so quick. There must be quite a few patrols out.

And then he saw something he had only ever seen once before. It pulled up through a two-track further down the little valley—a Jeep adorned on all corners with flags of the Australia Zoo. A figure stepped out of the car and greeted the guards. Even in weak light, Alex could discern the discoloration on the man’s face. The khaki, the boots, the unseasonably cold yet functional short shorts.

Alex waited until they all went in, leaving one guard outside. It was too ideal. Maybe just a dream. A fifteen-year-long dream. He didn’t know how to feel at his moment, but he slithered down the hillside, to the back of the warehouse. Some sort of machine thrummed on the other side of the wall and he wandered around until he found a spot where the sheet metal had been bent slightly, the slant enough for him to see what was causing the noise. There was an unnatural blue, almost brighter than the summer sky. He realized it was a massive tank, an aquarium. Something hovered inside it, pacing like a black kite in the wind.

And then it spoke. An uncomfortable, thin, hollow voice, like the grating of fingers along guitar strings.

“Steve…” the stingray rasped. It hovered weakly. “You’ve been gone longer than you said. Explain.”

The Crocodile Hunter’s voice was the same as it had been when he was truly alive. “Cleansing patrols found a group of resistance fighters not too far away from here. I had to ensure their destruction.”

“You know I haven’t much longer, Steve. We had planned for the resistance to have been eradicated long ago. And now, now they’re sprouting up right next to my hiding place!”

“Yes, yes, I know—” the Crocodile Hunter sounded powerless in front of his former killer.

“Be gone! Go take a walk and think about how you plan on perfecting the world we planned on!”

Alex heard retreating footsteps, then a slam from the front of the warehouse. He crept along the wall towards where the aquarium would be on the other side. There was a window that he climbed into from a nearby oak.

Perched right above the open tank, his boots unsteady on the sill, he watched the old foul ray pace in the beautiful water, oblivious. Alex dove with the ferocity of a lion, hedge-clippers first. The monster could barely swim around before Alex clamped with all his aggression onto the stinger, its only asset. Once that was hacked off, he went for what he thought was its throat, or its abdomen. This proved to be enough to disable the stingray.

Alex unslung his twin fire-axes to smash his way out of the tank. His lungs tried to rebel, his head throbbed as if it would collapse. When the glass finally gave way, it felt as if he were sucked into a vacuum, all the water imploding, shattering the entire tank. The ray thrashed blindly. Alex gathered himself from where he was swept across the room, near the two guards inside who had been thrown back as well. He quickly cleaved their heads with his axes before they could level their guns.

The heavy doors shook as Irwin struggled to get inside. Finally he rushed in, machete aloft, eyes sickly, malignant. Any crocodile—or man—would surely have been petrified. He gasped at the death of his mentor and greatest ally, who had planned all that they had now wrought—including the necessity of Irwin’s untimely demise, all to set up a ruse. Irwin appeared shocked, and before he could rally himself to find the cause of all this mayhem, it was standing right behind him.

Alex swung his axe at the Crocodile Hunter’s machete-wielding arm, hacking the decayed flesh with ease. He slammed Irwin to the ground, pinning him face-down, preventing him from seeing Alex’s face. He raised the ray’s severed stinger to Irwin’s throat.

There was a gulp and a disheartened, unfathomable whisper.

Liam Strong (they/them) is a queer poet, essayist, and music critic. They serve as Chapbook Coordinator for Michigan Writers Cooperative Press, and is formerly the editor-in-chief of NMC Magazine. You can find their poetry and essays in Impossible Archetype, Lunch Ticket, Rathalla Review, Ghost Proposal, and Glass Mountain, among several others. They have been nominated for a Pushcart Prize in 2019. They live in Traverse City, Michigan.

A Dominicana’s Guide to Surviving a PWI