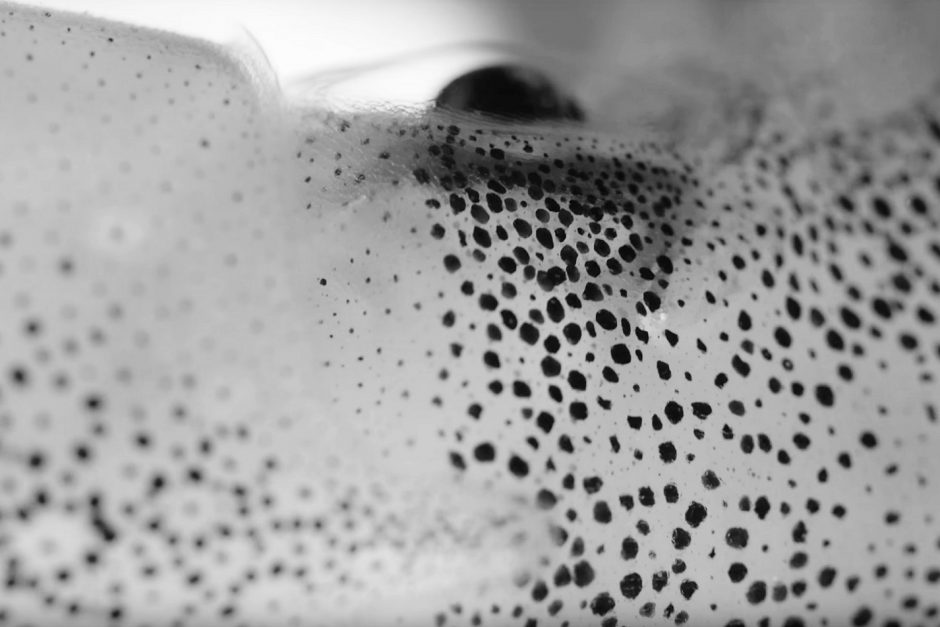 Picture these personal prompts like reporters, microphones to my face, asking me, So what do you do? What do you want from life? Over here, Franziska—what are you passionate about? I write, Am having an all-life crisis. Will get back to you later. Backspace backspace backspace. I like nonfiction more than memoir because memoir makes me so uncomfortable. In English class we generate sample after sample of our “developing styles.” Write about your mother’s eyes. Write about your deepest fears. Write about the day you got your dog—okay, that one’s fine. It’s just the need to be present in my head that bothers me. Science says your voice sounds different on recordings because when you speak the vibrations in your skull lower the pitch to your own ears. Science says, Franziska, your inner voice is ridiculous. Examining my own thoughts is as bad as studying the workings of the human cell. I don’t need to know what’s going on in there. That’s none of my business. Write about yourself: I don’t know what to say during ice breakers. I don’t know what to do with my hands.

A few years ago, my family got a seasonal pass to the state beaches. We made the forty-minute drive to Rocky Neck, our favorite, sometimes twice a week. We’d stand on the silken strip where the ocean meets the land and dig our toes in. After a wave came, you could see little fading dimples on that strip—fat sand crabs that had been unearthed, tunneling back down. If you were fast, if you dove at the ground and clawed through it, you could catch one. We had a big yellow bucket full. They ranged from cicada-sized to bigger than my littlest brother’s fist. There was something discomfiting about their barrel shape and their blind scuttling, but I don’t remember being afraid.

My mother, with the umbrella that always blew away trapped between her knees, Googled them. “They live,” she announced, “in the swash zone, and use tiny antennae to feed.”

We paused for a moment to appreciate the term “swash zone” for where we had been standing. A train hurtled by, a streak of blue-red-silver, here and then gone.

My father was digging a hole. On his back was the ghost of my mother’s hand, the pale gold outline of fingers where she had applied his sunscreen two weeks ago. The rest of his skin was rose-tinged and tanned. He took that same metal blur to Boston for work, so I asked him if he could see the people on the beach when he passed. He said yes. He tugged down his sunglasses—the ones we said made him look like Keanu Reeves. “I always wish I was on the beach.”

“Do they wave? The people on the beach?”

He got in the water the way he always does. He waded up to his knees, stood there for a while, then ran at the horizon and fell in all at once, back first.

I want to take a nap. I want good clean work, natural light, and time to be lonely. I want the burning peace when every muscle is tired. I want to live in that feeling.

I sleep a lot, and I sit in my yard and watch the wind like in a Studio Ghibli film, the reason people move to the suburbs. I’m passionate about the way my hair is soft, the way girls are nice to each other in public restrooms. But these are not the answers the reporters are looking for because lots of people like girls and trees and sleeping. The only thing I adore wholly and unusually is the ocean. It’s in my bones and maybe in my blood.

My father and I were born in Texas and Illinois, in landlocked cities, but his parents are from a peninsula. Last summer, in Maine with my mother’s relatives, my father told me to try raw oysters. “If you’re really Korean,” he said, “you’ll like raw seafood.” We ate out in the yard on the chipped picnic table, toes in the wet grass. I love oysters. They taste like salt and go down too fast, ugly and visceral on my tongue.

The Korean women of Jeju made their island a near-matriarchy in the midst of a Confucian kingdom. The livelihood of the isle depended on their diving, without equipment, into the ocean to harvest various seafood. The haenyeo, the diving women, were feared and respected for their strength and perseverance. April 1948: The South Korean Labor Party in Jeju started a rebellion against the Korean and American military government. The end result was the government’s massacre of ten percent of the island’s people. Strength and perseverance.

Today the haenyeo are old women, with broad prune faces, stout and sunspotted in their black wetsuits. The last of their kind, they are subject of documentaries, on the shelves of a museum. They are no longer relied on, and still they dive.

The Korea my grandparents left in the late 60s to finish school is not quite the one they visit now. Their ancestral home is carved away like dead skin, tradition discarded, architecture only barely preserved. Interesting: the dilution of other-blood. The slow disappearance of a tongue. Even in the Korean language, hangul, linguists note, imperialism has stuck its fingers.“Today,” writes researcher Hyu-Yong Park, “the expectation of Korean parents that English counts as social capital is unconditional.” More Koreans speak English, more and more Korean words are rubbed out, replaced instead by English approximations—ca-ma-ra for camera, do-nut for donut, A-see-a for Asia. And there’s me, with my mouth that stumbles over their syllables. Me—writing, over and over again, about a language I can’t speak and a country I’ve never seen and grandparents I don’t know. What can I give to my children?

My grandfather traded his own traditions for Americana in the shape of Evangelical Christianity. He hopes to pass that on to us. It’s already too late for me to take up organized religion. I was raised with Christmas trees for their own sake, the disparaging atheism of affluent liberals, and the true American lack of heritage my father wanted when he was a teenager.

In an exhibit at the Yale Art Gallery, on artists in exile, I put a peg in an interactive map on the wall over New Haven, Connecticut. The string I cut wasn’t long enough for all of the Atlantic and Eurasia—shift the map east and maybe it would have reached Korea. (I’m always reaching, haven’t opened my language-learning app in months. Pressing my cheek against the mirror, These glasses make me look more Asian—good or bad? We get it we get it we get it you’re Korean calm down.) All of the oceans flow into one another. It’s the land that’s the trouble. I put my toes in the water. I go in slowly, strip of skin at a time.

According to etymologists, the phrase, “Blood is thicker than water,” might have come from the idiom “The blood of the covenant is thicker than the water of the womb.” The water of the womb, for me, is very thin indeed. There are so many things in this water. It dilutes, conducts, dissolves. And I don’t believe that there’s a moment when you fall in love. It’s like growing into your grandmother’s dress, the lace like foam. It’s like going to sleep. If I didn’t always love the ocean, I was always going to.

What do you want to be?  I want to be a diving woman. I want to fall into something that doesn’t care.

Franziska Lee is an incoming freshman at Columbia University and a graduate from the creative writing department at ACES Educational Center for the Arts. “Flotsam” first appeared in Long River Review.