Your Name is a Splinter 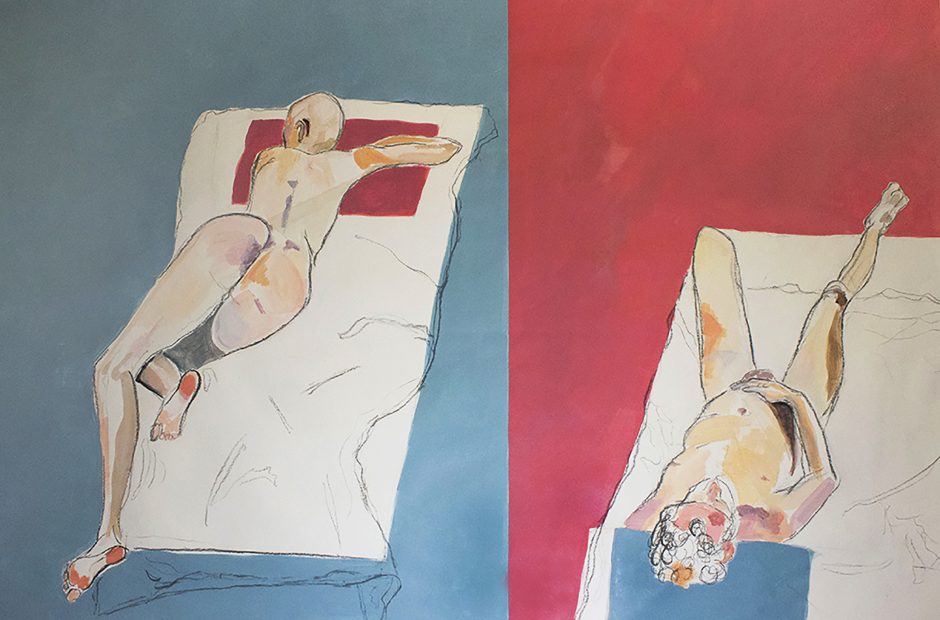 We Sleep the Same, Kate Drakulic

Your name is a splinter,

a loop of pearly fog.

Your nineteen are kill notches

scratched with an accurate slope

a perfect shooting range for Cupid.

I’m slightly in love with you.

A timid grace of a kitten

playing in the grass.

Your nose has a bump on the bridge, like Cleopatra’s.

Like an apricot pit got stuck in the spout of a kettle.

My heart used to sink

when you, in the morning,

still ephemeral, not fully incarnated yet,

pulled your thin skin on,

starting from your ankles,

adjusted the elastic belt of the pantyhose,

I dived into a mirror of absurd,

took a shower of refreshing nonsense,

Pity, I don’t know where you are now.

You see, we only live once;

by pure chance our hearts collide,

We won’t ever see each other again

I left you at the window,

and winter light laid out a garden on your shoulders.

I left the Euclidean street.

And you’re still standing at the window

adding the days you have lived

to the spinal column of January.

On the frozen eyelids of the dead wasteland.

The columns of coins are already tall.

They’re going to collapse any moment

Kate Drakulic is a graduating senior at the University of Minnesota who is studying art, journalism, and design. “We Sleep the Same” first appeared in The Tower.