Small on a Binary Train 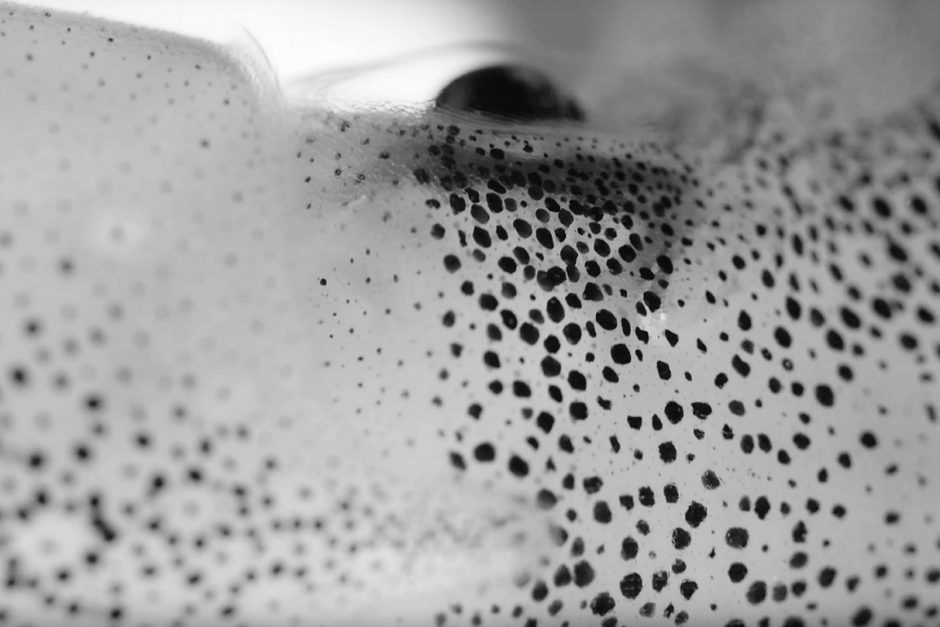 Daddy blew up these red balloons just for me. He said, “What good is a little girl without red balloons?” I like them so much. Mother made me this plush owl out of flannel and buttons and down stuffing. She said, “A little girl should look after something soft.” And I love it.

I think one or the other might have been just fine. But there’s nothing to do with balloons while you’re holding a stuffed owl. And you can’t love the owl while chasing balloons. Those gifts slipped from my fingers. The red balloons panicked, tumbling violently across the coach ceiling. The owl fell to the floor—slumped and stiff. In no time, everything went missing. Now the passengers scold me, “You’re a messy little girl, aren’t you. And so ungrateful.”

I’m clumsy, tiptoeing from car to car, searching. I glance at the murmuring girls in the hallway and I can’t talk so sweetly like them. They glare back. Mother says I shouldn’t let my tongue loose around other children. I’m asking if they’ve seen anything, but talking while holding your tongue looks pretty stupid. They think I’m keeping secrets—that’s no way to make friends.

I’m lonely because I’m too small. I can’t ask the right questions.

The boys see me wandering and chase me down into a corner. “Let’s play to pass the time.” I need a rest and they mean no harm. “Chess?” Too black and white. “Risk?” Too much chance. “Battleship?” OK then. They’re in love with “strategy” and only war games will do. I play along, but always and always and every time, I lose. “You’re not too good at this, are you?”

I want to find Daddy because I know how to play his games. And he always tells me I’m pretty. I stumble through the coaches and cars, looking high and low. He could be anywhere, high or low. I heard him in the back car, snoring—full of hiccups—way back there. But his door was locked, and now I’m looking for a key. The passengers try to help, telling me over and over: “He’s in first class, right up front. First class seems to like your daddy. What a swell guy he must be! Aren’t you proud, you lucky little girl.” They must be thinking of someone else.

I’m angry because I’m too small. And no one will tell me what to do. I run to Mother. She’s too busy but she gives me bags to carry because everyone is supposed to have bags on a train—that’s normal. They’re so empty and heavy. “Mommy, where’s Daddy’s room?” “He’s up front (still sick in the back) so we just have to trust him.” OK that makes sense. The passengers pat my shoulder. “What a wise lady your mother is! She’s so calm. Listen to your mother, little girl.”

The bags were too much for a little girl to carry so I just sat down quietly. I’ve been staring out the window for hours. I’m looking for anything like home but I never see anything at all.

I’m sad because I’m too small. And I don’t know where we are. So I’m just watching the sky that never goes away. The sky stays still, even when you’re looking from the fastest trains.

I’d like to be there. Up and out there. Big in the sky there—sitting still in the wide black and blue. I should hold my tongue. That’s too weird to talk about when you’re small. I only know because the passengers are always whispering, “Such a strange little girl, don’t you think?” Then I watch them trample my plush owl into dusty feathers and scrap. I don’t say a word as they press their pointed fingers hard into every balloon, until there’s nothing left but dead air and shredded red. I don’t even care. I’m too busy being calm and wise to be any good at chasing down balloons. I’m too shaken by these hiccups to look after anything soft like a plush owl.

Now I’m crying and laughing oh-so-silently—going nowhere with nowhere to be. So I’ll just rip myself open. I’ll cut out my down stuffing—melt and mold the mess into real wings. I’ll beat through the stillness and rise red as a wound, bleeding out against the wide black and blue. Then, if I really am such a lucky little girl, I might be big enough to leave this binary train—this conventional manic depression—and get back home in one whole piece.

Dane Shannon is a recent graduate of St. Edward’s University, where she studied rhetoric, philosophy, and the beauty of human error. She is currently pursuing a career in counseling for corporate workforces alongside many freelance and artistic projects that keep her pen scratching paper. “Small on a Binary Train” first appeared in Sorin Oak Review.