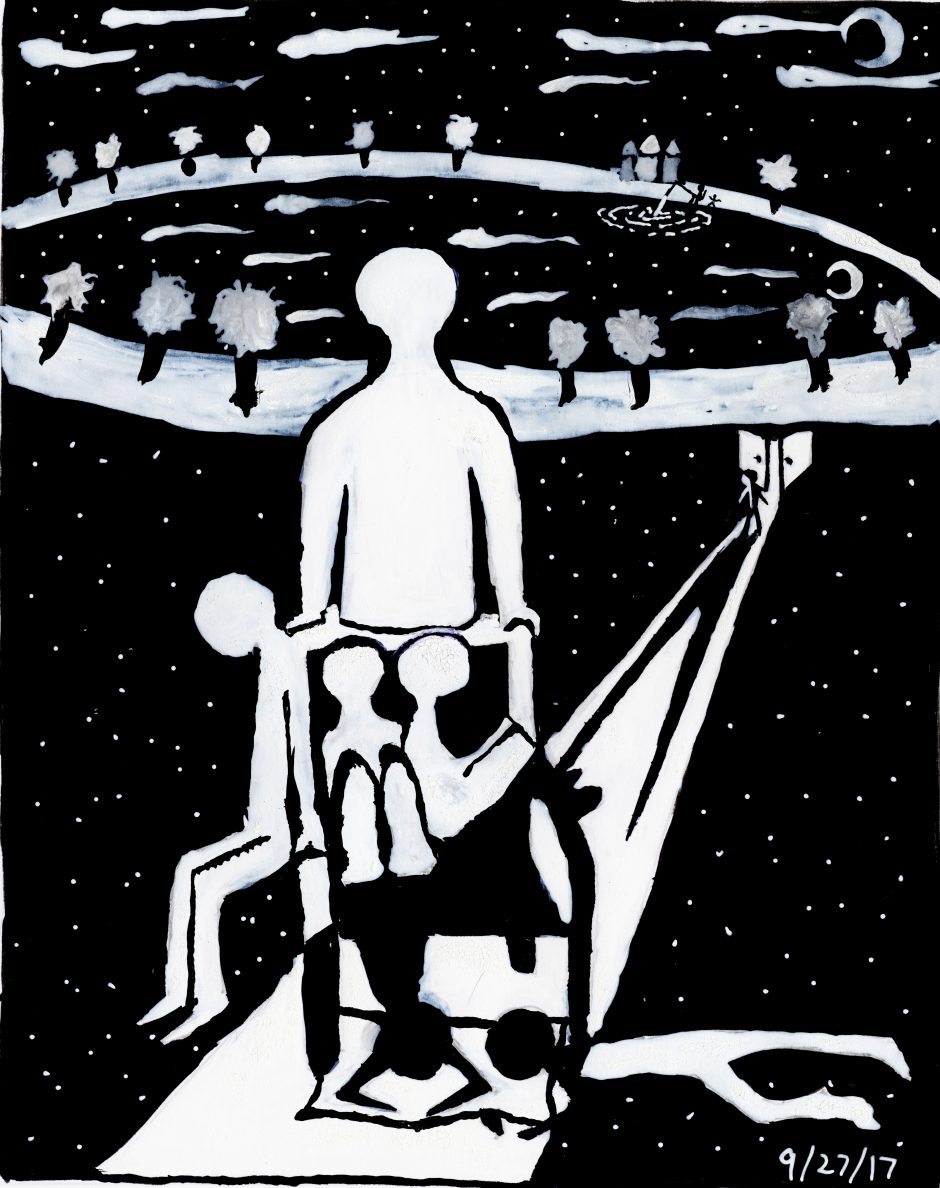 My father and I used to watch stars go out,

Up on the hill.

We would pull the soiled recliners,

Out from under the barn,

And walk them up the driveway.

I always bruised my shins.

In the summer chill we would huddle,

Tight to the coarse fabric.

Sometimes we would bring crackers or Oreos,

Whatever was on sale,

And tilt the chairs so far back,

I felt gravity return me to Earth.

We would count satellites,

And listen to the coyotes howl,

In the field below.

Then the night would become still,

Save for the frogs in the marsh.

My eyes would blur and they would lull.

I drifted to sleep.

Carter Blochwitz grew up on a small farm in rural Wisconsin. He strives to create something new every day, and hopes to one day become an author-filmmaker. “Blinking Out” first appeared in Ivory Tower (now called The Tower).

Logan Sullivan studies Painting and Printmaking at VCUArts. See more of his art at https://logansullivanart.github.io/. This piece first appeared in Amendment.

Dress Shoes in an Alleyway