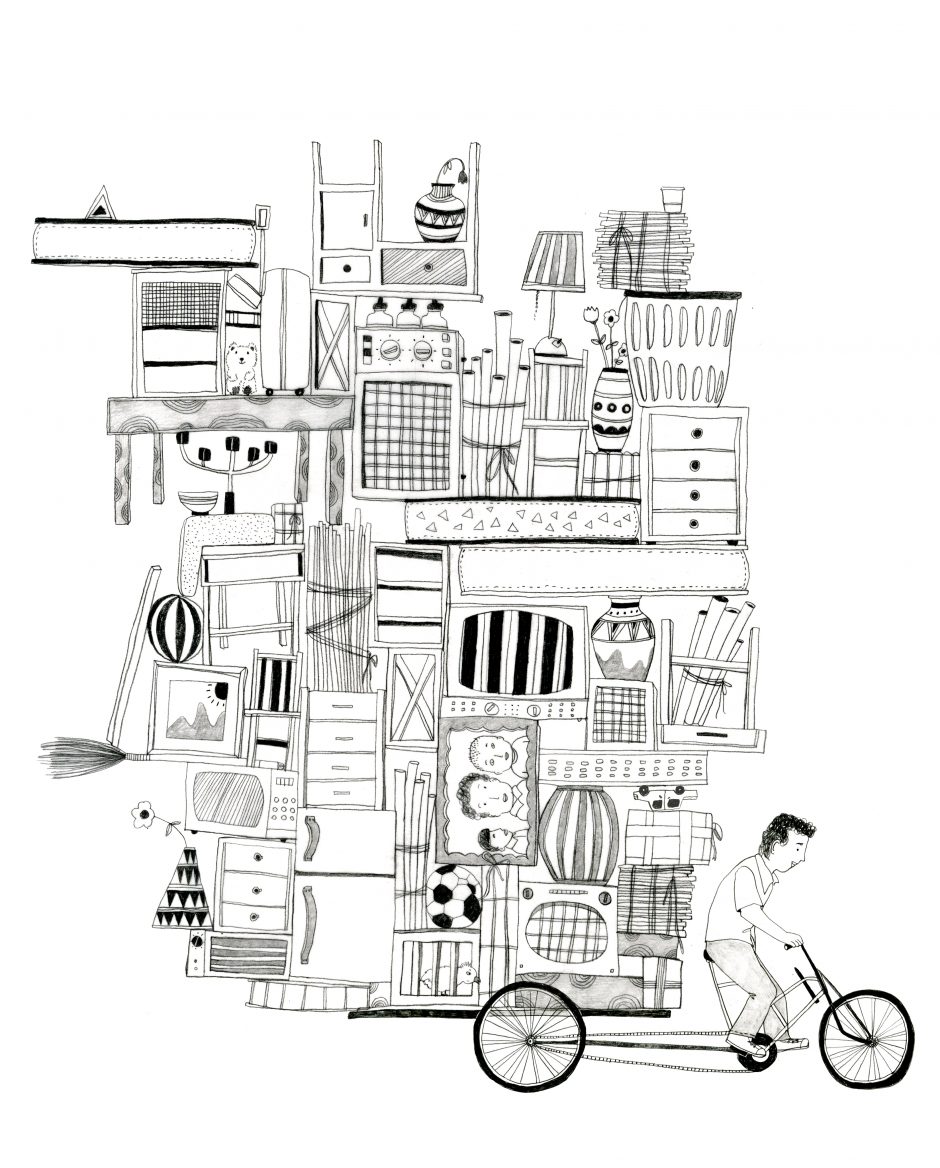 When the old man brought his payment

in dimes and hard candies, she hesitated.

Peering into his mackerel-blue eyes,

she suggested an installment plan. The firm’s policy was

to collect up front. It was the nature of her business: taking

what little was left of her clients—like this man,

sitting in his fetor of Bengay and expired cologne.

On Sunday, she walked past a display of snapper at the market,

lined up in their pageantry

on the ice—their unblinking eyes

reminiscent of past clients.

ordering a turkey on rye.

Melissa Cook attended the University of Florida in Gainesville, where she graduated with a dual degree in criminology and English. She now teaches 10th grade Language Arts. “The Elder Law Attorney” first appeared in TEA Literary Magazine.

Qintong Li (Echo) is a Los Angeles based illustrator and a 2015 graduate of the Art Center College of Design. Originally from a small city near Beijing, Li is highly influenced by Chinese culture. “Overloading” first appeared in The Adroit Journal.