How to Have an In-Vitro Fertilization Baby 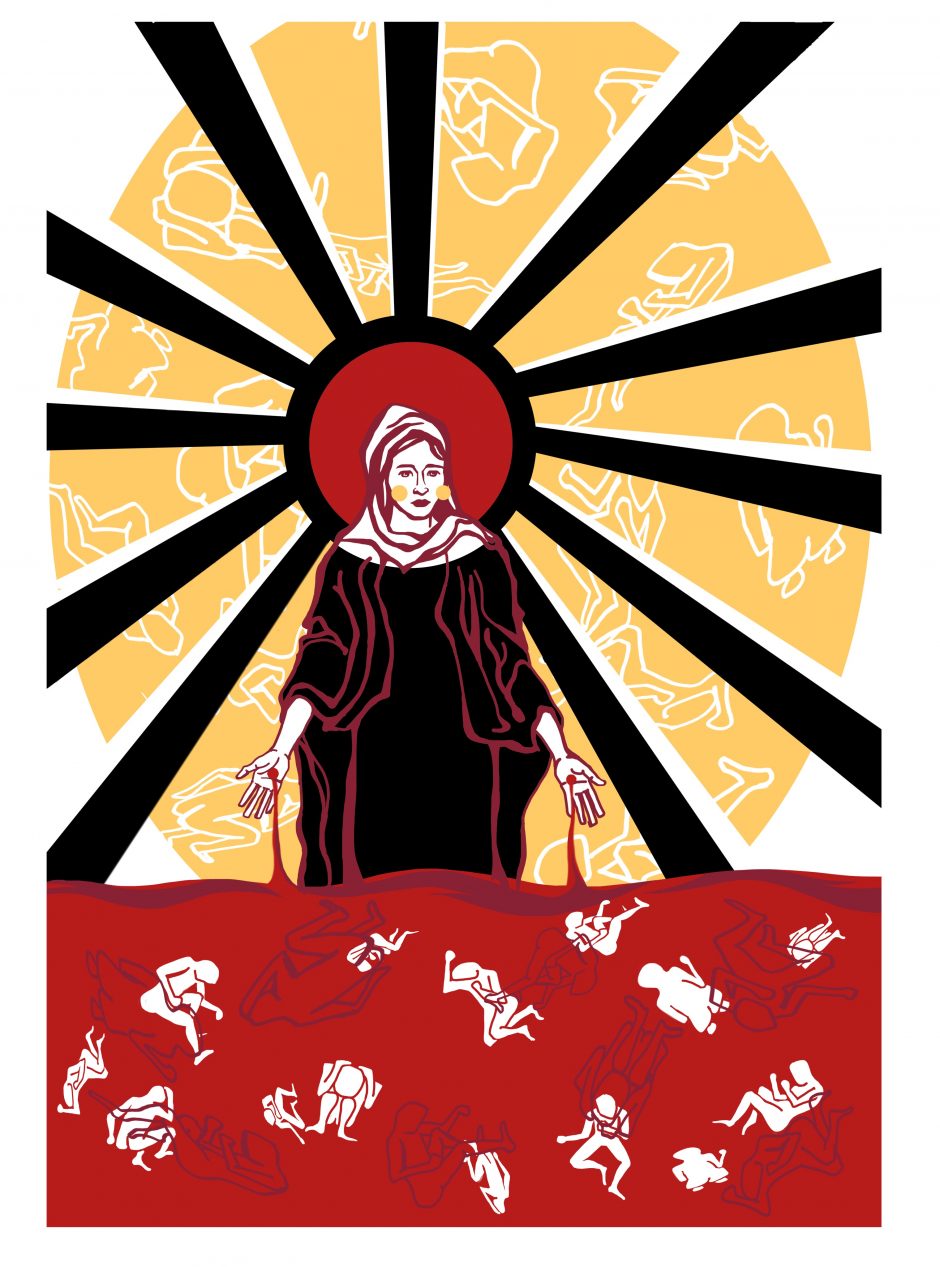 First, make sure you’ve tried every possible method. Peer at Jenn’s list, an inventory of conception tricks longer than a wedding DJ’s playlist. Drink less caffeine. Check. Eat more fish. Check. Lay flat with feet raised after copulating. Check. Suspend like a vampire bat after copulating. Check. Spooning. Check. Forking. Check. Jenn will say: “We’ve tried every trick in the book. Maybe we should get checked out.” Try again for good measure. Try again with Boyz II Men playing in the background. Motivate your member like you’re Bear Bryant, and try once more. To no avail, you’ve come to the end of the road.

Schedule a 9:40am appointment with a fertility specialist. On the drive over, Jenn will say: “I think it’s me.” Tell her that’s nonsense, but don’t tell her you think it’s you. Dr. Kleinsasser informs you it is you. Low sperm count, he’ll explain. Eyeball the magnificently detailed posters of the reproductive organs behind him. Ask what causes a low sperm count. He’ll list: “Could be a number of things. Genetics. Hormone imbalances. Exposure to benzene. Overheating the testicles.” Return to the poster, and imagine those anatomically correct, run-of-the-mill, gonads overheating.

“What are our options?” Jenn will chime in. You have more questions, equally pressing, but hold onto them for fear of the answers like a nine-year-old pondering Santa Claus.

Dr. Kleinsasser will respond: “I’d recommend in vitro fertilization. In fact, we have one of the best in vitro specialists in-house. Dr. Wei Fung Lee. We can set up an appointment with him.”

Jenn will turn to you and nod. You have no choice; you’re the one with the low sperm count and oven-baked balls. In unison say: “We’d like an appointment with Dr. Lee.” Dr. Kleinsasser will correct you: “Dr. Wei. The surname comes first.”

Research this Dr. Wei. It turns out he’s been in the news recently. Click on the article with the headline: “Cincinnati Zoo Successfully Breeds Baby Gorilla Through IVF.” Holler for Jenn to come quick, and take a look at this. The Zoo had been trying to get gorillas Margery and Kong to conceive for sixteen months. After countless attempts of gorilla love and a myriad of tests, the zookeepers conceded the gorillas couldn’t conceive. Dr. Wei performed the first successful gorilla in vitro procedure with Margery and Kong. It was like the Moon Landing of ape conceptions. And guess what? The Zoo plans on trying it again with two more gorillas next month.

You debate the pros and cons of this revolutionary news with Jenn. Pro: if he can succeed with wild beasts, surely he can succeed with humans. We’re not terribly far ahead of gorillas on the Evolution of Man chart. Con: He works with humans too, right? He’s not just a hired hand for the Zoo, a baby-making Hessian? Decide that the news doesn’t sway you. You stick with Dr. Wei Fung Lee.

Dr. Wei gives you the rundown of the procedure. Ovulation induction, egg retrieval, sperm retrieval. He mentions a cryogenic freezer and embryo transfers.  Half the words he uses will sound like villain robots in the new Transformers film. Schedule the appointment for 24 days from now. Ask about the new gorilla project. “As a matter of fact,” he’ll look up from his schedule, “we’re starting it the same day as your appointment. Later in the afternoon, of course.”  Bananas, you think.

Twenty-four days will pass by like an elderly driver on the freeway returning from the Cracker Barrel. Nonetheless, the day will finally arrive. Jenn and you will enter separate rooms at the fertility clinic. Gleefully wave to each other before entering your respective rooms as if you’re leaving your seat in the audience after your name was called on The Price Is Right. Mark Rice, come on down! Your room will be the size of an Embassy Suites main elevator. Your job is sperm retrieval. The clinic has provided you with a bevy of smut for sperm retrieval. Find your favorite centerfold and retrieve away. Seal the sample cup nice and tight as if it’s a bumbling baby’s sippy cup. Hand it off to the attending nurse carefully like the New England Patriots passing around the Lombardi Trophy after the Super Bowl. Confine yourself to the waiting room as Jenn finishes her job. The waiting room literature just isn’t the same, but it’ll have to do. She’ll come out with Dr. Wei, who is clutching a small petri dish. He assures you both: “You are doing great.” He explains the next step, pairing the sperm and egg. Afterwards, he will tell you, the newly formed embryo will be placed in a cryogenic freezer until Jenn ovulates. “Which should be nine days from now,” he’ll say, forecasting like a meteorologist. “Wait here until we’re done with the fertilization and we’ll finish up. Should be about an hour.”

Hold Jenn’s hand for the next hour. Make sure it’s your left hand. Dr. Wei will return saying we’re good to go and he’ll see us in nine days for the embryo transfer. Thank him. A nurse will grab Dr. Wei’s attention: “The Zoo’s samples are here.”

On the ninth day, worry. Worry a lot. Not about Jenn becoming pregnant or having a baby. You want that. Worry what kind of baby you’re going to get. Mix-ups have happened before. Mix-ups happen all the time. Worry, what if Dr. Wei accidentally uses the gorilla samples? Envision bringing home some sort of gorilla human. A hairy monstrosity. Boy or girl, your friends will ask. Silverback, you’ll tell them. Instead of baseball wallpaper, George’s room will require jungle foliage. You’ll have to shop at some exquisite marketplace for gorilla-grade diapers. Instead of baby lullabies, you’ll have to sing him “Africa” by Toto each night. The hassles and embarrassment will be never-ending, and you’ll be forced to love him.

During the embryo injection, do your best investigation of the syringe. Your efforts may be fruitless, since you couldn’t even differentiate human embryos from gorilla embryos from parakeet embryos.

The worry never fully leaves you for nine months. It’s not until you witness a human head crowning out of Jenn that you can rest easy. Hold your new baby, who is wrapped like a chicken burrito. Ask the nurse if she can turn the temperature down just a tad, it’s a little hot in here. Feel a cool breeze climb up the leg of your pants. Say: “I knew I could count on you,” to an absent Dr. Wei.

Evan Dulaney graduated from the University of Cincinnati in 2016 with a Bachelor of Fine Arts degree in Electronic Media. “How To Have An In Vitro Fertilization Baby” is his first and only published work, first appeared in Short Vine.

Julia Broeker split their time at Grinnell College between art and anthropology, with occasional breaks for food and friends. They currently reside in limbo and happily expect  to remain in between for the coming years. “The Not-So Virgina Mary” first appeared in The Grinnell Review.