A Constellation is a Group of Stars That Forms a Pattern 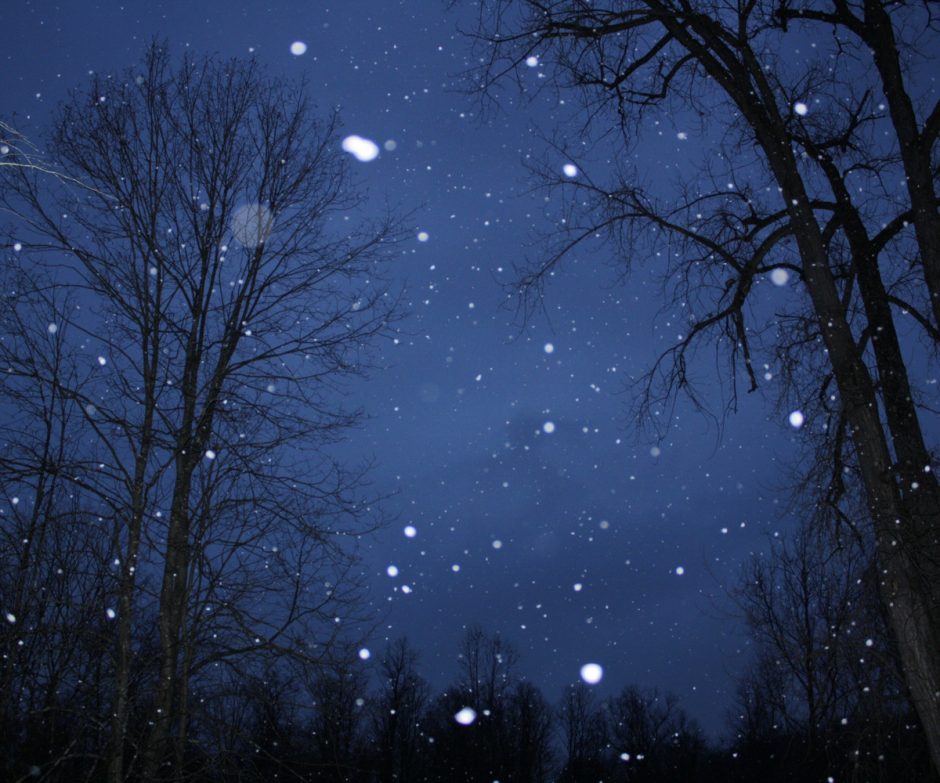 It was the summer between jump ropes and lip gloss and Dad was a rarity and a giant, often asleep during the day or loud in the night, often not around without much explanation at all, and Lex was busy taking care of the baby that may or may not have been growing inside of her, or else she was “taking care of it,” and she had her secrets and her boyfriends and her cigarettes, and her secret boyfriends who smoked cigarettes, and I had yet to learn the correlation between dangerous boys and babies that never come, but Lex was occupied, so you and I were alone most of the time and most of the time that was okay with me, because you knew how to cook eggs in the morning and could name all of the constellations at night, and we weren’t so very alone with all those stars up there keeping us company, but on the cloudy nights I could feel the emptiness of the world in the tips of my fingers even when I held your hand.

This is how to crack an egg with one hand. You can tell if someone is lying by watching their eyes and their fingers. Beware of too much movement. A fractal defines a pattern that reoccurs on smaller and smaller scales, like the branching off of branches on a tree, and they are the most pleasant patterns to look at for human brains. The universe is probably fractal. A star is a huge ball of fire in the sky, like the sun but farther away. A constellation is a group of stars that form a pattern. That one, there, is called Pegasus. It’s supposed to look like a horse with wings, but I think it looks more like a jellyfish.

Humans were meant to eat meat or we wouldn’t have canine teeth and you are going to sit in that chair until you finish your steak, I don’t care if you sit there forever until you starve, you are not getting up until you eat it, do you hear me?

It was the last summer that I walked around with scraped knees from skateboard accidents, the last year that I was allowed to walk the two blocks from our house to the public pool in nothing but my purple one-piece and flip flops, a towel we once took from a motel bathroom draped around my neck, because by the time the weather turned warm again I had bought my first two-piece with babysitting money and Dad was telling me to cover up, and Lex, whose belly had never grown round like I thought it would, was giving me tips about how to look hot without being called a slut, and in a few months I would get my period in the bathroom at Applebee’s and Lex would teach me how to get bloodstains out of clothes and warn me to keep my legs closed, and that July was the last time I told anyone that I was eleven and three quarters, because the next summer, when I felt self conscious about my age, instead of twelve and three quarters I just said that I would be thirteen in October, and the summer after that I would just say that I was fifteen when I wasn’t, because by then thirteen didn’t feel old enough to hold the person I had become.

Your mom had the most angel voice you could ever imagine. Her singing used to be the only thing that could stop you from crying. You used to scream like a maniac whenever she left you with me, and there was nothing I could ever do to stop it. But after she was gone you never really cried anymore. Maybe you knew that there was nobody to come sing it better.

There are some things that you are too young to understand. All I will say is this: don’t trust boys, especially the pretty ones, and don’t think that you know more than you do. I haven’t decided whether or not I’m running away yet, but if I do leave I’m gonna miss you a lot. Just don’t tell Dad anything I’ve told you and it’ll all be okay.

It was the summer when I heard the noises in the nighttime and Lex was not in her bed so I went out to look for her and in the moonlight on the porch she was curled in a ball and I thought she looked like some kind of dying animal and she said, “Oh god oh god oh god,” and the moonlight turned her skin so white I could see all of her veins like rivers and she said, “Go back inside, I’m fine,” and I didn’t know what to do except listen and try to believe her.

If you put a couple small things in your pocket when nobody is looking, and then you buy a candy bar or something, then probably nobody will notice or stop you. That’s the best way to get the expensive stuff, like good mascara that doesn’t clump and doesn’t drip when you cry.

I couldn’t have kept her anyway. I wouldn’t ever have known what to do.

You are a part of a great and glorious world and that world has a food chain and you are at the top of that chain, so there is no point being sorry about the life God gave you because you took some field trip to a farm where the cows looked sad, and there is no point in trying to save animals because guess what we all die anyway, and life is short so you might try to eat some steak and have some fun while you can.

Life is fractal if you think about all of the possibilities. In the beginning, there are so many choices like so many paths you can take through the forest, and each of those paths branches off into other paths and then those paths branch off and it goes on forever, and the farther you move down the paths that you choose the smaller everything becomes, and there are less possibilities, until one day there are no more choices because you’ve gone down the paths that you went down and lived the life that you lived. But if you believe in some kind of reincarnation, then it’s possible that you get to choose a few different paths, instead of just one, which can make life feel a little bit less disappointing, because at least you get another chance.

It wasn’t until much later that I looked back and thought of that as the summer that grew us up like wildflowers, stretched us up towards the sky and the sun, which is the closest but not the biggest or the brightest star, grew us into the people we were becoming, set us on paths that led us to places we weren’t ever trying to go, pushed us along faster than we were ready to move, away from some futures and towards others and I never felt like I was making choices. Things just happened back then, and I could feel the movement of the world pulsing under my skin, could feel myself reaching out through the tips of my fingers and longing for something that I couldn’t name yet.

Some stars are older than others by billions of years. Some stars that we see have already died and we’re just seeing the light now because it takes so long to get to us. The stars that make up constellations are trillions of miles apart and don’t ever know the picture they’re creating. It’s the random forces of the universe that created those stars where they are, and it’s our tiny human brains down here on Earth that look up at that mess of light and see something beautiful.

Rachel Finn-Lohmann is a third-year Creative Writing major at Oberlin College. She is originally from Los Angeles. “A constellation is a group of stars that form a pattern” first appeared in the Plum Creek Review.

Shareefah Pereira credits her parents for her early interest in photography. Currently, she is working towards a degree in Early Childhood Education and she hopes to combine her passion for photography with her work with young children. “Still Air” first appeared in Gandy Dancer.