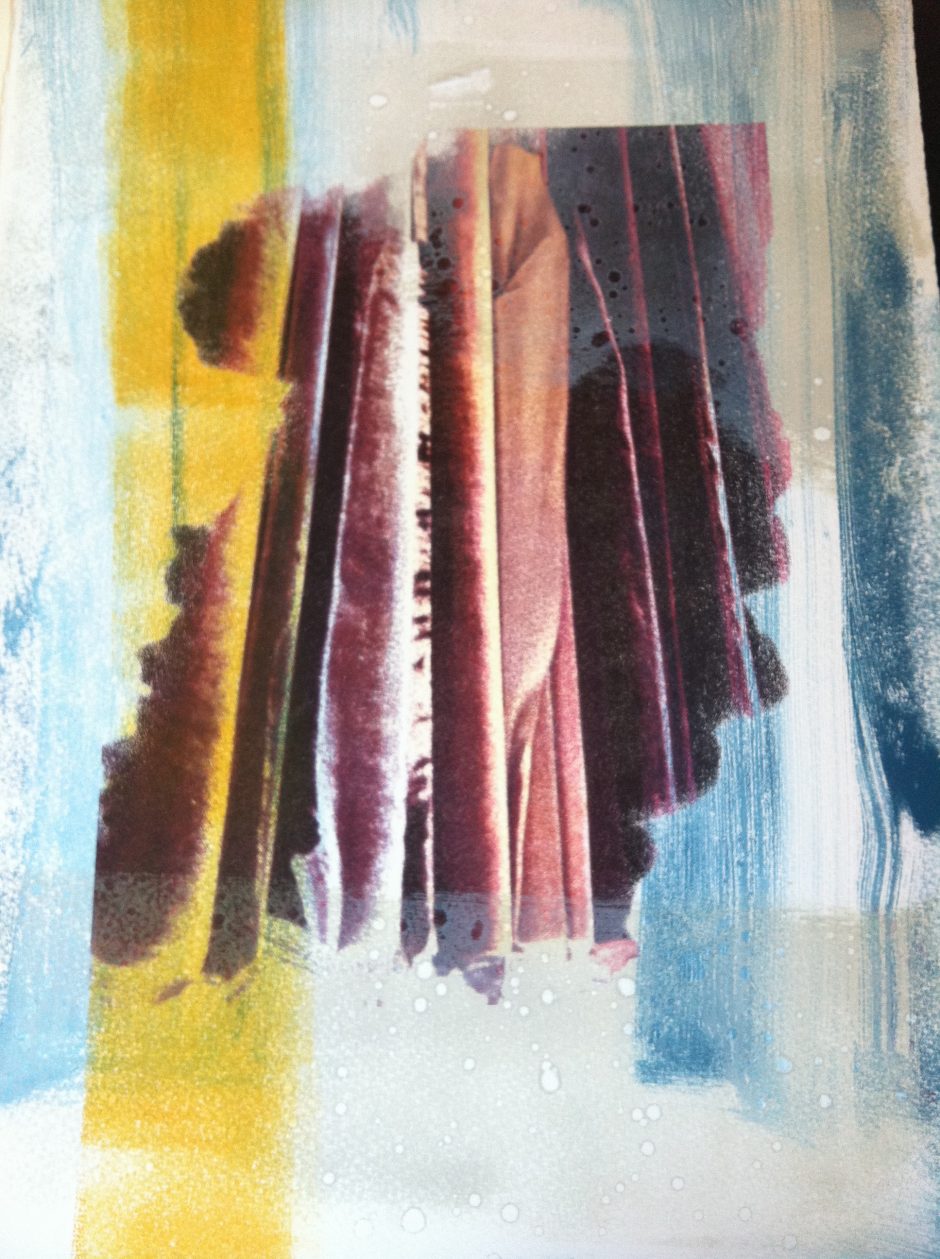 The girls are lounging on the side of the road at a wooden stand piled high with Valencias. No one has stopped all morning and it is getting close to two. Laura is lying in the grass watching the slow-moving clouds and Grace-Ann is watching Laura.

“I’m tired of oranges,” Laura sighs. Grace-Ann remains silent and rearranges the oranges into rows, then columns, upon the stand. Every summer the two cousins visit their grandparents’ orange grove in Indian River County, and everything is always orange. They drink orange tea with the delicate, white blooms still floating on top and eat warm slices of sourdough bread spread thick with orange marmalade. At night they sneak small, succulent honeybells upstairs to eat by lamplight, giggling under crisp white sheets and tossing the rinds to the floor. Every year they sell oranges at the roadside.

But this year Laura-Beth insists on being called only Laura. She refuses to hold their grandmother’s hand when crossing the street and will no longer allow Grace-Ann to bathe with her. At the market, she bypasses racks of dolls and magic tricks and stares at the insolent-faced bag boy, Tate Tucker, who has become intensely interesting to her, having just turned sixteen. Grace-Ann sees the swell of her cousin’s new breasts pushing against her thin summer shirts, and knows this is why. Laura is fourteen this summer, and Grace-Ann has just turned twelve.

She has seen the secret of her cousin’s new body, seen her strip down through the crack of the bathroom door, the dark blonde fuzz unfurling beneath her underwear, and the amazing, newly-rounded breasts. Laura caught her peeking, and opened the door with a smile. Put your hand here, she said, and Grace-Ann wondered at the soft heaviness of Laura’s left breast, how it felt both liquid and solid. When Laura closed and locked the door, Grace-Ann stood alone in the hall, her hands at her own chest, still hard and flat.

The sound of an engine makes both girls turn, and Laura leaps up when she sees Tate Tucker’s GMC pickup. She combs her fingers through her sun-bleached hair, and leans against the stand. Grace-Ann sees a blade of grass stuck in the honeyed tendrils, and reaches for it, but Laura knocks her hand away. Tate saunters over and plants himself firmly in front of the girls. Another truck pulls up behind Tate’s, but nobody sees except Grace-Ann. Tate’s staring too hard at Laura’s shirt and she is looking at his dark, fly-away hair and the gleaming button on his jeans.

He asks for fresh oranges and Grace-Ann motions to the waiting pile, obvious on the counter. “Fresher,” he says. Laura takes his hand, the nails bitten-down and dirty, and tells him she can show him fresher oranges. He can pick his own. They move away and leave Grace-Ann at the roadside, feeling small.

The watching man approaches and the skin at Grace-Ann’s neck prickles in a way she is not sure she finds unpleasant. She thinks of Laura and Tate out in the grove, only the thinness of their shirts between them. She thinks of Tate plucking that bright, perfect blade of grass from her cousin’s hair, and how she would let him.

“Where is your grandfather?” the man asks, and she tells him he’s not home. The man says he wants to expand his own business, and pulls a bright, pock-skinned orange from the bag at his waist. She notes that his nails are clean. He places the orange in her hand, and the hot, heavy dryness of his palm lingers. He tells her it’s a special orange and to make sure she shows her grandfather. He leaves the orange with a card, and by the time her cousin and Tate return, disheveled and grinning, the man is gone. She doesn’t tell them he came. He is her secret.

Later, their grandmother makes juice with the unsold oranges. Grace asks to squeeze them, and when she takes her special orange to the juicer, the pulp explodes out, wet and crimson as blood.

Dantiel L. Wynn is a 2012 graduate living in Jacksonville with her three-pound pup, Layla. Bartending for now, she hopes to write the kinds of novels for teens and young adults that she would liked to have read when she was growing up. Her story first appeared in FSU’s journal, Kudzu.

Mariah Wright studied visual arts and architecture, and is primarily interested in exploring the materiality of textiles in the realm of architectural space. Her most recent work combines textiles, printmaking and architecture in the form of paper and fabric sculptures. View her work here.