The Aesthetics of Uncertainty 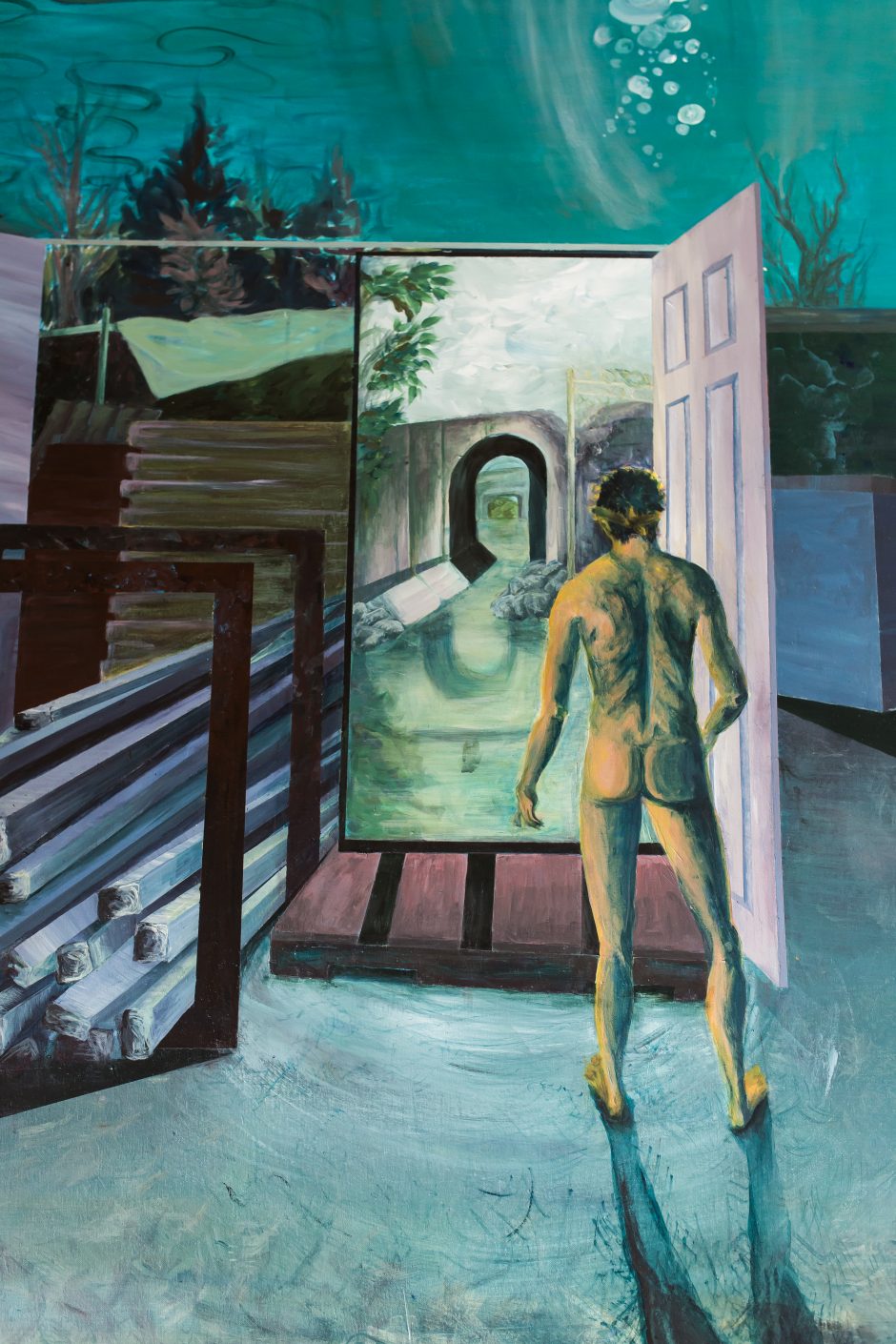 Into the Ether, Nicky Meaux

In the 1940s and 1950s, the splatters and color fields of Abstract Expressionism became the predominant American art form. Regarding the movement, Clement Greenberg proclaimed, “If American Society is indeed given over as no other society has been to purposeful activity and material production, then it is right that it should be reminded, in extreme terms, of the essential nature of disinterested activity.”[1] In a world charged with goal-oriented action, Greenberg argued that Abstract Expressionism gave the populace an opportunity to submerge itself in an entirely different place that is devoid of referents to any reality or narrative element, resulting in disembodied transcendence for the viewer. [1] He famously termed this concept “disinterested contemplation.” However, given the aloof quality of such art, it was not long before Abstract Expressionism was challenged, and elements of the real, physical world as content were reintroduced into the picture plane.[2] The story of contemporary art over the past fifty years has in large part been the story of the reassertion of the world as the subject of art. One of the most impactful methods by which the world has been brought back into conversation [2] is with the index, which has had wide-ranging implications both aesthetically and politically. [3]

The[4]  index is a lasting residue of a transient event in the world.[3]  A quintessential example of the index is a fingerprint — a mark left behind by the fleeting touch of a hand. Yet, the fields of photography, history, and even physics are equally relevant to the index. Photographs, which are impressions of the world taken by light-sensitive surfaces, are indexes. They are enduring fragments of temporal moments of existence.[4]  Similarly, history — a chronology of moments — is indexical as it is mostly derived from documents that have come to us from the past. These documents are the indexes of past events and actions, and the conclusions drawn from these indexes make up so-called “historical knowledge.” Furthermore, science — the quantitative investigation of the world — does not escape the index but is, in fact, grounded in it. In the laboratory, for instance, data points of a measureable macroscopic property are recorded as a reflection of the underlying microscopic processes of interest. The data points serve as indexes that are used to construct a picture of an event that the human eye cannot directly witness.

The implications of the index’s use as a tool for new knowledge in all areas of study — be it art, history, science, or otherwise — should not be overlooked. Given that so much knowledge is based on conclusions drawn from fragments rather than from actual witnessed events, the accuracy of knowledge comes into question and uncertainty arises in its place. Uncertainty[5]  is not a uniquely human concept, but rather, a unifying theme in the physical world. It is, for instance, an essential property of quantum mechanical systems — structures of a tiny, often subatomic, scale. Electrons, which have both wavelike and particle-like behavior, obey the Heisenberg Uncertainty Principle, which states that simultaneously, the velocity and position of an electron cannot be known precisely. That is, as the velocity of an electron is defined with greater precision, it becomes more wavelike in nature, resulting in greater uncertainty in its location in space. Conversely, if a particle’s position is defined with greater precision, it becomes more particle-like, which prevents its velocity from being known. These “uncertain” conclusions are neither the result of imprecise experimental equipment nor the result of human error. Rather, they arise naturally out of fundamental mathematical descriptions of electrons.[5]  Uncertainty as a physical, not just psychological, reality is therefore an essential component for understanding the universe.

Thus, contemplation of the world from the perspective of the index as a starting point naturally leads to the realization that uncertainty is an omnipresent characteristic of the entire foundation of the world that must always be considered. However, we as humans have a natural psychological disposition to avoid uncertainty in an attempt to establish concrete, explanatory narratives. This refusal to acknowledge and embrace uncertainty as a fundamental condition of the world has profound implications for the politics of aesthetics. [6] In art and aesthetics, humanity’s rejection of uncertainty results in a judgment-based system of visual principles that guide thoughts on what is “good” and what is “bad.” We are conditioned to quickly judge appearances, and some of humanity’s greatest blunders — particularly discrimination based on aesthetics — arise in these judgments. Rather than realize the suspect nature of these judgments, we tend to internalize them as fact, yielding destructive attitudes whose persistent consequences often end up far outlasting the very attitudes that created them. Incorporation of the index in art has the potential to counteract this culture of judgment by forcing uncertainty to the forefront of the discussion.

Use of the index as an art form is rooted in the inclusion of multiple human perspectives in a single work and the subsequent uncertainty that arises from that multiplicity. Much of the art of the past fifty years has dealt explicitly with this multi-perspectival fusion based on various aspects of the world.[6] This art has begun to replace humanity’s preference for fixed narratives with an understanding of the essential role of uncertainty and ontological multiplicity in the world. Through art, the world as a hybrid of multiple realities — established by various indexes — can be directly visualized and its inherent uncertainty made more apparent. As a result, art is a fundamental tool for the progress and liberalization of the complex human condition.

Sam Sherman is a senior at the University of Pennsylvania double majoring in chemistry and fine arts. He wrote the “Aesthetics of Uncertainty” as a follow up to a lecture he gave in October 2014 for participants in Symbiosis, the magazine in which the essay appeared and for which he serves as Visual Art Editor.

“Into the Ether” first appeared in R2:The Rice Review.