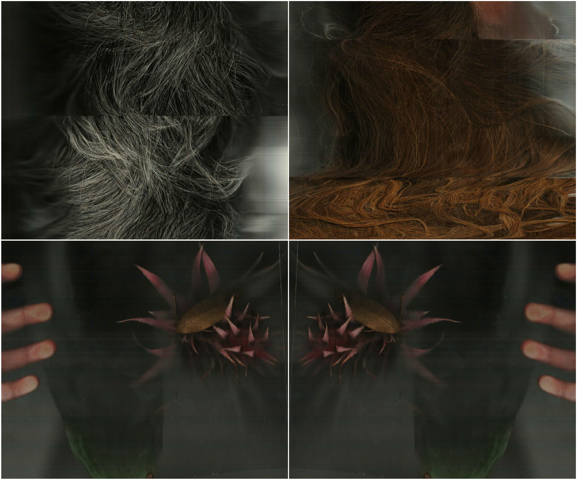 Night spreads its net across the hours outside the window where he works,

on white walls, his pencil leaves dust-colored marks that in the filtering halflight seem urgent.

It’s more how he appears, the light at his contour carving him into a seraph,

how he leans almost losing himself to the page,

than who he actually is or will wind up being in the end to me.

Beyond this room someone washes dishes, spherical peal of spoons dropping into drawers,

It’s the scene of it, this smoky myth of trust, escape that I feed on

as moving through the minutes, it thaws past all recognition.

March and its watery resolve, a wet din like the earth is leaking through

by light, as if each pixel of blue were a city grasped once, tightly, then buried

back into the whole, making of the sky today then just a version, just one

of the many others. Through it rips an artery of geese, a wavering chorus wheeling

through the blue, their flight implying end maybe a cure

appear whole not parceled, not just a screen for worn scenes to sweep through.

Sarah Maccabee recently graduated from Oberlin College where she studied English and Creative Writing. She is from San Francisco, and currently lives in Brooklyn where she is pursuing a career teaching high school English. “Thaw” first appeared in Wilder Voice.