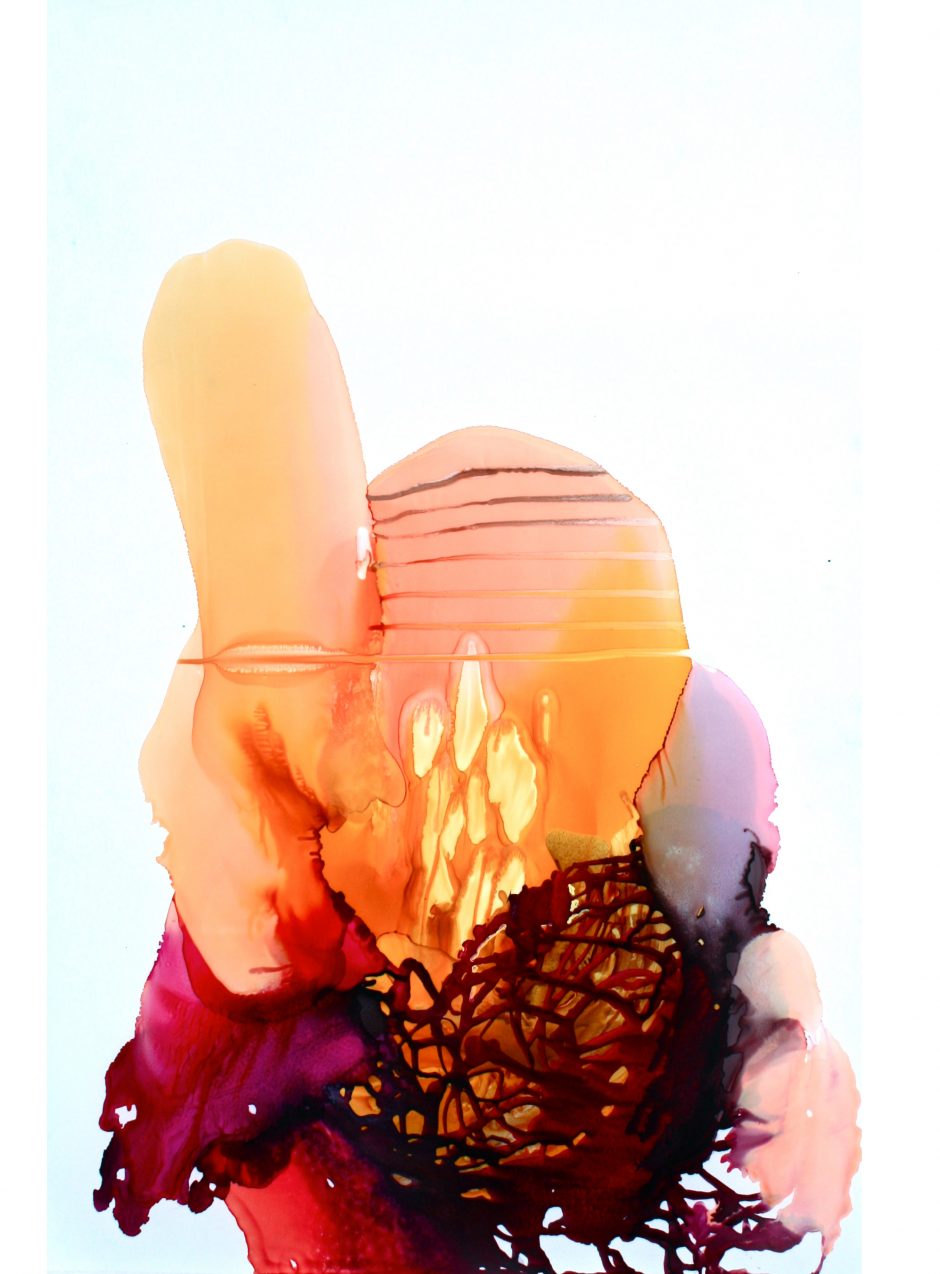 The Zozobra’s limbs are listless, his empty head staring out above the mass of people. Lorena pulls Christine through the crowd away from the smell of the mesquite pyre. Wait, I want to see it, Christine protests. Lorena’s grip tightens but Christine slips away. Lorena follows her thunderhead of brown hair, moves closer to the wood and cloth giant, loses her as cheers rise around them. Flames eat their way up the gloomy figure, the smell of smoke like bitter herbs. Christine has long black smears on her cheeks when she slips her hand back into Lorena’s. When they are home, Lorena finds ash when she runs her fingers through Christine’s hair.

The dough puffs up like the Zozobra’s head after the fire died. Christine knows Lorena prefers the crispy ones. The oil chatters when she pulls the sopapilla out and slips in a pale new square. Christine remembers a story about three men who go into a furnace but she can’t remember how it ends. The dough grumbles a little when she flips it.

There is a scandal when Lorena and Christine move in together. Children make a wide circle around their house, toe the barrier to see who is the bravest and most disobedient. Lorena gets more attention than Christine, especially when she is nose deep in a combustion engine. Her hair tied up in a black bandana, she tells the customer that her brake fluid is a little low and the woman tells Lorena that she and Christine are living in sin.

“And what sin would that be?” Lorena cannot keep herself from asking. The customer raps her checkbook against her hand, punctuates her recitation. As the woman leaves the garage she tries to fix Lorena with a stare, but Lorena closes her eyes and smiles with all her teeth, wipes her hand on a soiled chamois.

They sleep heavily beneath an electric blanket.  Christine wakes up drenched in sweat, gently peels herself out of the bed. She sits at the kitchen table while she cuts out paper figurines in long chains. That day the grocer had refused the money that Lorena had handed him, refused it from Christine as well. She stands and slips the figures one by one into the wood stove at the back of the house.

Their announcement inconveniences everyone. They throw a party and are left with a small mountain of miniature gifts. Shoes, blankets, clothes, all far too small for either of them. Christine stops working as her belly expands and disappears almost entirely until mid-April.

How did they do it? the neighbors ask around a diner table.  We know how they did it, one of them says, the question is who’s the one they did it with?  The neighbors open their eyes wide and stir their coffee and drink it as though they have someone in mind.

Lorena can hear them through the vinyl screen that separates one diner seat from another. She dips her finger into her hot chocolate, picks a bloated marshmallow and pops it into her mouth. It isn’t anyone they know. She stirs the remaining lumps of sugar fluff with her finger and listens to their speculations.

Immediate family only, miss. Visitors may take a seat in the waiting room.

New things appear on the concrete outside their house as the years pass. Loud plastic tricycles, a plastic workbench with plastic hammers and plastic saws. Laughter, crocodile tears and scraped knees.  The neighbors stop by to say hello, to check to see that the little girl is all right, inspecting her for blemishes or spots. They worry for her, growing up in a house like that. She smiles a lot. She is polite. She knows how to tie her tennis shoes. She always shakes their hands goodbye.

Her mothers talk in whispers. Marisa can hear them. She is five years old. She knows how to read; how to count to fifteen. Why can’t we just teach her? She deserves a chance. At what? Never leaving the kitchen and having babies until her teeth fall out? A chance to make her own choice. Her mothers’ voices wrap her in a scratchy blanket and she tells them that they are making her itchy. Lorena comes to pick her up so that Christine can pinch her cheeks and tell her not to worry.

I miss how it used to be.

How it used to be was us having sex all the time, Christine.

I can’t miss that?

Lorena’s hand comes up to her cheek. There were problems too, remember? Christine bites at Lorena’s fingers, softly, just nipping. Yes, she admits, but we got through them. Lorena passes her thumb over Christine’s lips. We’ll get through this like we did those other things: with patience. Lorena looks Christine in the eyes. Together.

Lucas Garcia graduated from the University of Notre Dame in 2015 with a B.A. in English and Film, Television and Theatre. Novena originally appeared in the 2015 issue of Re:Visions, and is the result of a perpetual enchantment with the high desert. Originally from New Mexico, they are currently based in Chicago, IL, working in and writing for theatre. “Novena” first appeared in Re:Visions.

Hurricane Katrina Had Left the Door Open for the Boys