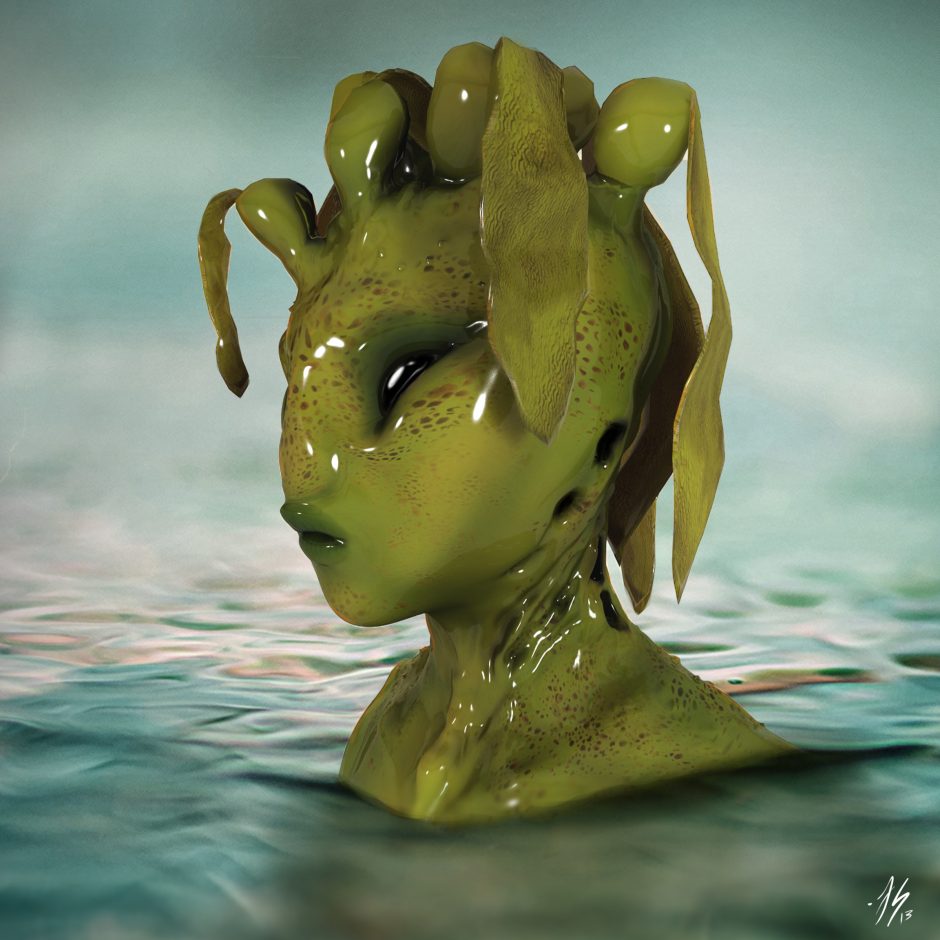 They made their nest in the nook of her neck. It was a Tuesday, if she remembers correctly, when she first noticed it. As the days passed, the nest began to pulse until, finally it burst and the bugs came crawling out in their sticky green glory. They scampered down her arms and chest, they returned to the nest in the nook of her neck- they ate it. The first thing she noticed about the bugs was the viridescet sludge (she had learned this word just yesterday, it means greenish. She loved this word and how it reverberated off of her lips. Viridescent, viridescent, viridescent… She smiled every time she said it)  that covered them. The bugs marched up her face, trailing through the crooks and crevices of her nose, trudging through the puddles of her eyes (a bit of their slime stuck to her eye; a vicious green tear clung to the tips of her eyelash. The droplet drooped, rolled down her cheek, and fell to her shoulder.) She felt the bugs buzz in her belly; they scuddled up her throat bubbling into her mouth like hiccups. She swirled them around with her tongue, then pushed them so they sat nestled in between her teeth and lips, finally spitting them out into her palm. She giggled. The bugs etched themselves into her fingertips (the word ‘etch’ comes from ‘etzen’ meaning to be eaten.) The bugs etched themselves into her fingertips (perhaps consuming her existence in order to make room for their own- a delicious trade off. She often wondered where she ended and the bugs began. Part of her didn’t really want to know the answer to this, though.) The bugs etched themselves into her fingertips, but in the end it was always her licking the green sludge from her hands. “How very odd,” she remarked.

Justine Stewart is a digital artist, developer, and life-long gamer. Currently, she works as a Software Engineer at an In-Flight Entertainment company in Irvine. She was born on the island of Java, Indonesia and calls Seattle her hometown. “Kelpa” first appeared in Calliope.