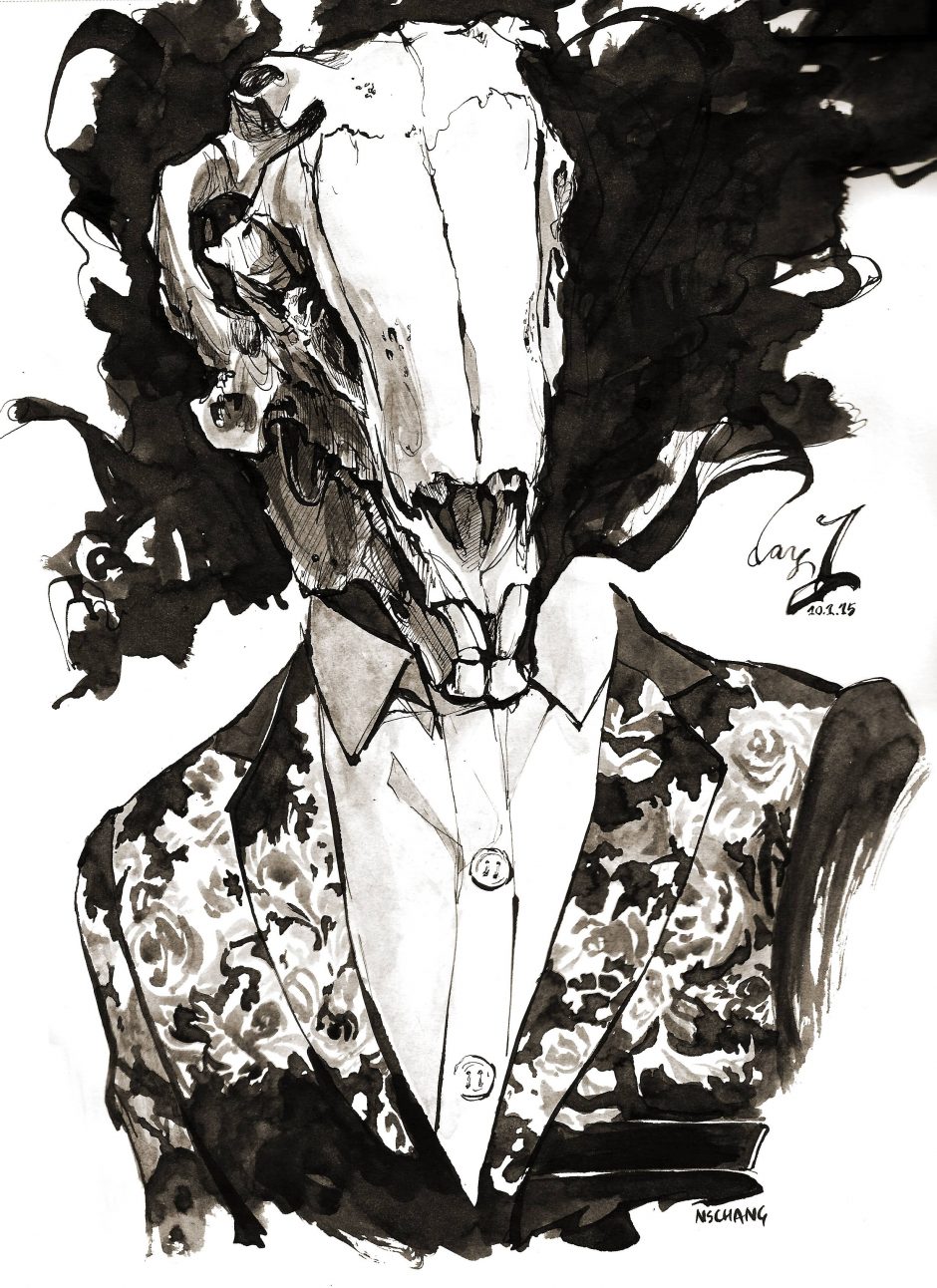 smile, dried up and useless as the land.

Makes my skin prickle, how these dead

this hot itch behind my eyelids. Brand me

with blistered hands. I know southwest

summers, that writhing sort of unbearable

just between those familiar places,

A stranger follows, and I tremble. Terrible

under his fingernails claws me

the scorched earth beneath my naked

skin. I think of the pig running

the sound of its fat flesh

being ripped open, nice and slow.

beside my head: bone unholy white,

the meat around its teeth a withered brown.

I gaze into its gaping eyes and wonder,

if I give you my ear, will I finally hear the ocean?

Dylan Hopper is a recent graduate from the College of Charleston with a B.A. in English Literature and a double minor in Psychology and Film Studies. Her poems have been published in the national undergraduate journal, Miscellany. Sheheld the positions of Assistant Editor and Editor-In-Chief of her college’s literary magazine, and continues to be an avid supporter of aspiring writers.

Natasha Chang’s undergraduate artwork has been published in several issues of earthwords. She graduated from the University of Iowa in 2016 and is now a first year optometry student at the University of Missouri St. Louis, where she draws neural pathways for school and skulls for fun. “Lagomorph Greetings” first appeared in earthwords.