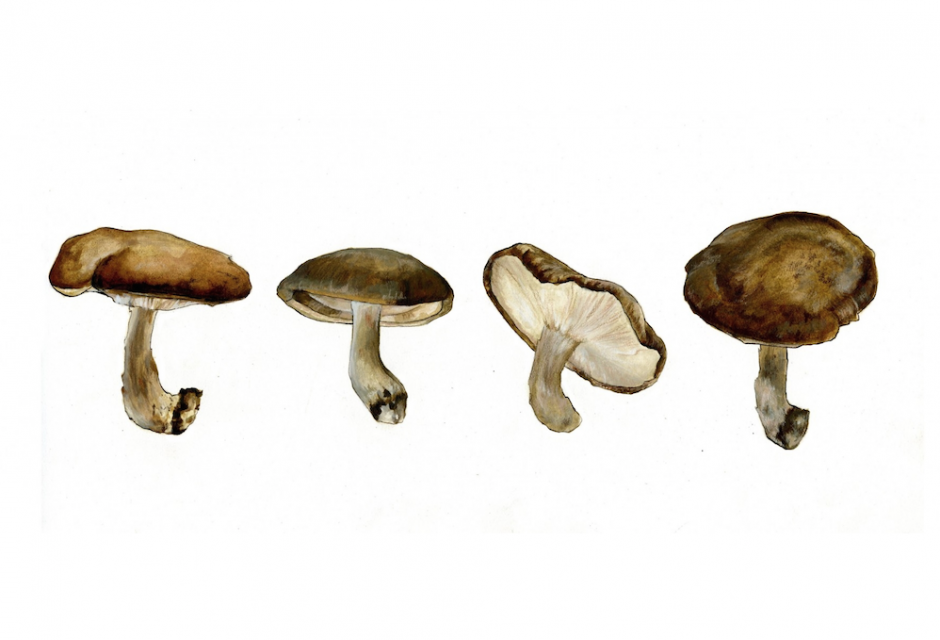 In the heart of Chianti lies Panzano, a small, charmingly antiquated, unquestionably Tuscan village. One of the inhabitants of Panzano is Dario Cecchini, the most famous butcher in Italy and, arguably, the world. His store, Antica Macelleria Cecchini, lies to the right of the cobblestone square and is a culinary Mecca for anyone with a penchant for meat. Dario has been a close friend of my family ever since my parents bought a home near Panzano. He always greets each one of us with a lung-collapsing hug and never forgets to kiss my father right on the lips.

Dario doesn’t just sell meat; he sells a lifestyle. Despite the carcasses, his shop is full of vitality. Expect to be welcomed by the sounds of ACDC and people passing around plates brimming with thick slices of green pepper-rimmed salami or crispy porchetta. If you look carefully into the back of the shop, you can usually find an employee gingerly sculpting a small bathtub’s worth of light pink lard into the shape of a smiling pig’s face—because to Dario, food and art are one and the same.

Dario’s reputation as a butcher is inextricably linked to his reputation as a thespian; he’s famous for reciting Dante’s Inferno or singing Pavarotti while his kitchen-axe splits a cow’s loin in two. Like a watchful guardian, an alabaster bust of Dante perches atop the highest counter in the store and stares down approvingly at Dario and his famous paper-thin prosciutto. Dario holds a steak like a rabbi would hold the Torah, careful and appreciative of its power and importance. His grin is maniacal but inviting and his hands are the largest I’ve ever seen: wide and imposing, like gigantic, muscular starfish.

Dario’s path to butcher stardom wasn’t always so clear. When he was twenty, he had no interest in joining his father’s legacy by becoming an eighth-generation Panzano butcher, so he left town and devoted himself entirely to veterinary studies. When Dario learned that his father was dying, he returned to Panzano to assume the “town butcher” legacy.

Dario sees butchery as a moral pursuit. “The most important thing is what the animal eats and that it has a good life—just like us. My philosophy is that the cow has to have had a really good life with the least suffering possible,” he says. “And every cut has to be cooked using the best cooking method. It’s a matter of respect. If I come back as a cow, I want to have the best butcher.” Dario’s cooking methods are traditional; some even date back to the Renaissance. He grew up in a family of butchers, “and what we ate growing up was what we couldn’t sell in the store. But my mother was a wonderful cook, and my grandmother was a wonderful cook, and we always ate well.”

During the climax of the mad cow crisis in 2001, Dario became a real celebrity. He was so outraged and personally offended by people thinking his meat might be tainted that he staged what is now referred to as the “Funeral of La Bifstecca.” He laid a dead cow in a colossal casket and led a procession through the village of Panzano. The service ended like a feverish scene from Sotheby’s; Dario’s last few legally salable pieces of meat went to the highest bidder. The public didn’t take long to notice this performance. News agencies and reporters begged Dario for interviews, and soon enough his Funeral of La Bifstecca went viral (which took around three weeks in 2001).

When you’re in Dario’s store it’s difficult not to feel overwhelmed, nauseous, and hungry. Next to the main counter you can see into a room that looks like a massive closet, but instead of delicate dresses lining the walls there are colossal thighs, abdomens, and ribs, each pierced by thick steel hangers. The light in the meat-closet is red, which enhances the raspberry color of flesh against white fat. The empty outline of a cow carved from thin cedar hangs underneath the shelf where the bust of Dante dwells. It is the length of an arm span, and steel bars divide its body into thirteen numbered sections. This map stresses how important every part of the animal is to Dario—no part is wasted. The nose of the hanging cow grazes the large chest of a bronze Minotaur that stands proudly on the marble counter. I’ve never had the courage or the fluency in Italian to tell Dario I think he and the Minotaur look alike, but I’m sure he would take it as a compliment. If you stand right in front of the half-man half-bull, the bust of Dante looms in the periphery. It must be no mistake that in hisInferno, the Minotaur acts as gatekeeper to the inner realm of Dante’s nether-Hell.

When we first met Dario, his home was just his butcher shop, but around five years ago his empire began to expand. Now he has two restaurants; one above the butcher shop and the other in the basement. The success of one of the restaurants, MacDario’s, is a tremendous feat for an Italian restaurant because the menu features one of the least traditional Tuscan meals: the hamburger. But the MacDario burger retains characteristics of classical Tuscan cuisine. There are no buns or cheddar cheese, and in place of ketchup Dario substitutes his original creamy pomodoro sauce or spicy pepper-jelly.

Dario’s other restaurant, Solo Ciccia, which translates to “just meat,” caters to the carnivorous with an intimidating five courses of steak. “We use everything but the moo—and the steak,” he says. Like any prolific artist, Dario wants to your subvert expectations. Solo Ciccia makes you reconsider which cuts of the animal should be the most coveted. “When people learn all the ways to cook the different cuts, the fillet is the last thing they want. It’s beef for beginners.” The list of Dario’s iconic dishes includes his Chianti sushi (which contains hand-shredded pork preserved in olive oil) and boiled beef knees served with his salsa verde.

Dante’s theatrical presence is paramount to the Solo Ciccia experience. At the beginning of the meal he slowly appears from the kitchen, clutching a massive steak in each hand. The steaks are perfect: red and white, marbled, heart-shaped tiles. They look as ideal and delicious as a T-bone in the cartoon thought-bubble of a ravenous lion. Serious as any brooding Hamlet, Dario takes a breath, screams, “To beef or not to beef?” and hurls the steaks into the fire. Just like that, the meal has begun.

Olivia Auerbach is a senior with concentrations in literature, theater, and business. She’s lived in eight different countries, so change has always been her static; she continues to travel and explore in hopes of writing something strange and sensitive every day. Her essay was first published in the Silo, Bennington’s literary journal.