An Afternoon at the Mütter Museum for Anatomical Anomalies 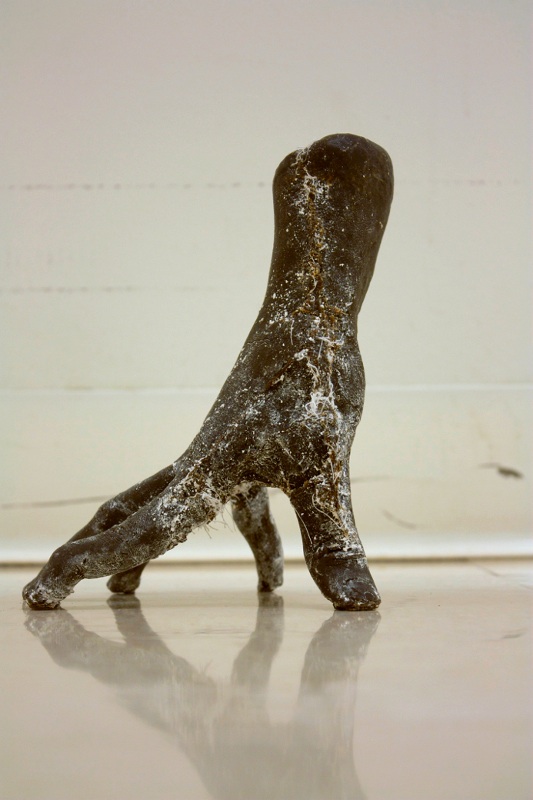 but her fixed jaws say nothing. A twin fetus contorts its lips, cries at its

other half, my side of the jar.

The mother holds the boy’s hand, stares at the glass reflection, mouth open

slightly, a look she’ll see later on her husband’s face if she says

where she spent the afternoon with their son.

say nothing about the thigh-skin bound books,

A tug at her jacket, a look mom,

This poem follows the structure of the Fibonacci sequence — 0, 1, 1, 2, 3, 5, 8,… — in which each term is the sum of the two previous. This “divine” ratio occurs in nature’s perfect forms: shells, waves, flowers, musical chords, and the human body.

Justin Miller received a B.A. in math from Grinnell. He currently lives in Chicago, “teaching li’l snotpickers how to do words good.” Hand first appeared in The Grinnell Review.