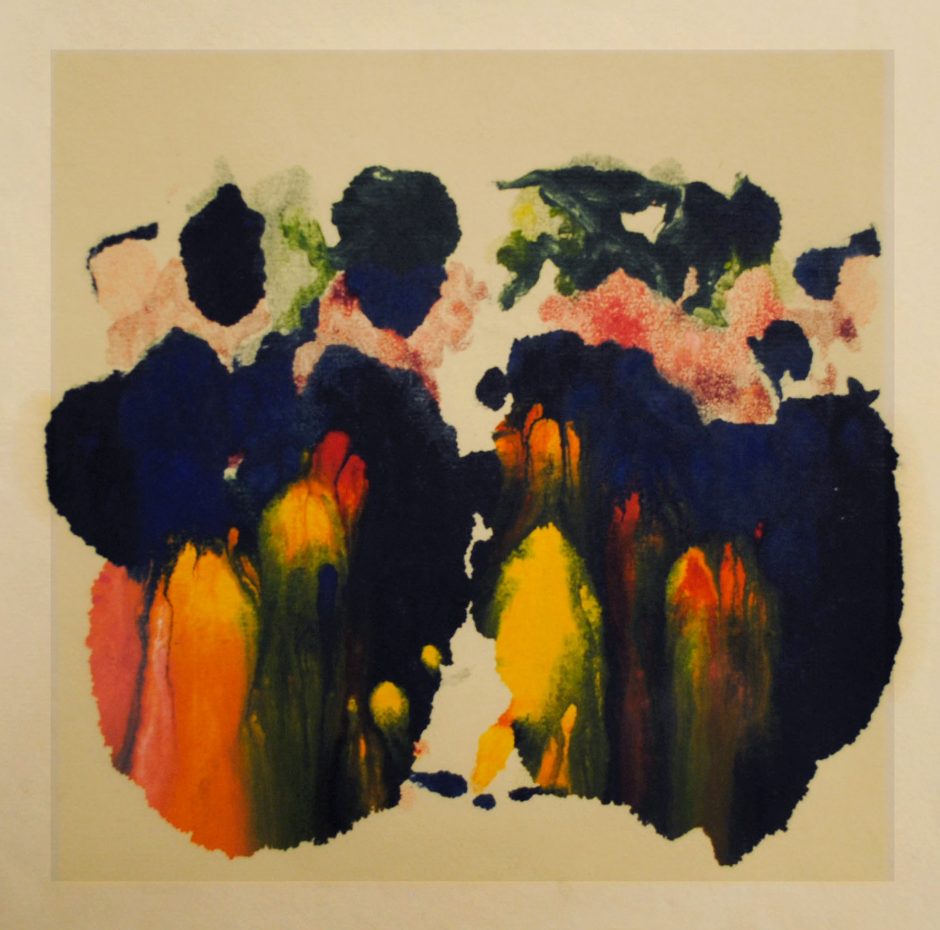 On the subway platform, 53rd and Lex, an old man in a leather cap pumps tears from the scarlet ribs of a dusty accordion. He doesn’t smile. He doesn’t look at anyone.

I hide behind the peeling, rust-colored paint of a steel pillar and pretend we are the only two on the platform. We breathe his melody out of damp air and even when the train clamors in, he doesn’t stop playing.

The world is a ragged, purple dream; a deep bruise. Daylight is sharp and glances off my skin, doubles back on itself; I try to stay in the dark. Babies are pink and wrinkly: Would everything have turned bubblegum, would the air have taken on a cotton-candy softness? Would I have bled clear and clean as the new spit of an infant?

On a train in New York, the last few moments of a stumbling summer, a young homeless man with scabbed, swollen calves parks his grocery carriage, full of sticky bottles and cans, next to me. We are screeching uptown as fast as a Tuesday evening E train will go, and he nods at me before stepping out between the cars to scream back at tracks that slip away beneath us like slime. He returns, panting, when we pull in to 23rd Street and Ely Avenue in Long Island City, just as the Asian girl across from us falls asleep, tucking her face into her hair like a drowsy swan. Her shoes make the ivory sound of new bone against the speckled floor and I imagine how long the baby’s fingers would have been, feel them wrapped around my own.

Fact: There could have been a baby.
Fact: There isn’t a baby.
Fact: For a moment all the world turned red, like the wing of the seagull that got tangled in some fishing line near my father’s old apartment building and nearly rent itself trying to get free.

Off the train in Queens, still-green leaves fall through damp, cool air; I can smell the autumn already, and with it, feel the chill of yet another winter. I hear leaves wither and turn brown like a sharp inhale, watch naked trees shiver and bend in my mind’s-eye—and everything is at once crooked and straight. In the post-dusk dark, the sidewalk, street-signs, small dogs walking their owners—all jump and blur, like the pictures alive inside the small television we had to hit repeatedly to shock the tubes into order, and I wonder: Maybe if I bang my head against the solid pavement enough times these surroundings will stay that way—solid and stationary as stones.

This isn’t difficult: I work long hours for little money but my parents still help with my bills; I drink far more than is reasonable. There isn’t room in this foggy life for a baby. Something so fragile, small and soft as a sparrow cracked fresh from its gooey cocoon deserves more safety, less psychotic dancing. Deserves a yellow more like buttercups than nicotine, a pink like cake frosting instead of the blood in my toothpaste.

Fact: At a bar I’d never been to before, I spent an hour in the restroom with a strange man.
Fact: I don’t remember his name or what he looked like; just that he wasn’t exceptionally tall. We were somewhere in mid-July.
Fact: Once, when I was eleven, I cracked an egg into a white bowl. A chick fell out, curled like a string, soaked feathers clinging limp to its body.

When I was very young—even younger than this drunk and sage twenty-one—when my grandmother still dressed me in things that involved white stockings, I thought a baby would make everything all right that wasn’t. I thought a baby would create something stable, a love I could depend on in my loud, chaotic childhood. I thought lilacs might grow in my garden and I could shake the boughs and petals would fall, like a delicate, purple snow in buttery sunshine.

Fact: Lilacs won’t grow in my garden; the sunlight is wrong.
Fact: The buttercups are cut down by the lawn mower. Every time.
Fact: For a moment, all the world turned red, like carnations, like poppies, like withered poinsettia.
There is no baby. It was a whispered, summer dream. The world remains red, maintains its wilted, carnival tilt.

In the subway, in the damp city where the streets exhale deep-bellied bellows of steam, I imagine the train doors closing on the accordionist’s final evening song. He doesn’t notice my absence, nor the baby’s. He doesn’t know that a baby was over before I knew it had even begun. The old accordianist, knuckles pressing beneath his taut skin like stones, neatly clicks shut his accordion case, and disappears.

Amna Ahmed studies visual arts at Bennington. More of her work may be seen here.

I Will Send You This