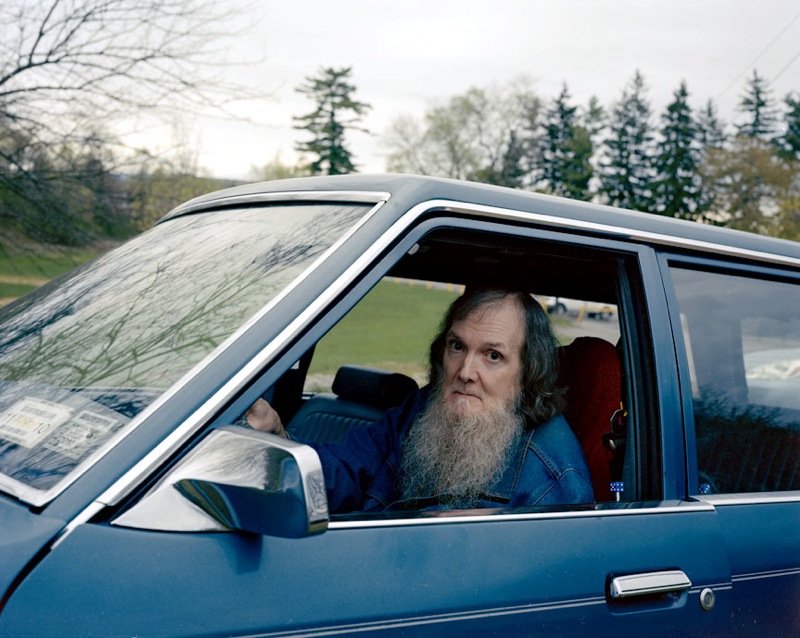 After bluntfast, the idea enters Brandon “Buzzcut” McWaykenbaik’s head to meditate. Though Buzzcut quietly gives himself credit for the notion, it has more likely emanated from his apartment’s bathroom, where his mother listens to an early-morning NPR program on the subject of spiritual maintenance, snatches of which middle-aged conversation have leaked through several walls and into Buzzcut’s ears during his morning room-Febreezing session. Regardless, Buzzcut now lights a lavenderish incense candle and sits facing it, cross-legged on his bedroom’s wooden floor.

His legs, though, are unaccustomed to the strain of being crossed, and soon begin to quiver violently at the knees. A sparrow’s chirping enters the room through its open window, a sound that Buzzcut’s mind proceeds to repackage and label Police Siren. This now subjects Buzzcut to a brief episode of subdued but immense fear that a police officer is pulling him over. Buzzcut resolves the issue by recalling that he cannot be pulled over because he is not, in fact, driving.

“Buzzcut?!” His mother calls, in the pissed-and/or-frightened way mothers do when they’ve already called out once with no reply.

“Yeah?” Buzzcut shouts, and “Bye!” louder than is necessary. This aggravates his mother, who leaves wishing ill upon her son.

Buzzcut turns back to his candle, at which he stares for half an hour (or so he thinks, though only a minute or so passes). During this time he absolutely fails to clear his mind.  After taking 1.3 deep breaths, Buzzcut recalls watching Return of the Jedi on television the night before, and having been profoundly disappointed by what had once been a revered piece of art; he then contemplates showering, first in terms of whether or not he will do it that day, and then as a general human phenomenon; a favored rapper’s trademark couplet loops itself through his head for some time; and finally, Buzzcut debates whether or not he is hungry, with conclusions ranging from “No, not at all,” to “Yes, totally starving,” and back and forth and so on.

Meanwhile, five well-kept-if-unavoidably-grimy flights of stairs below, in the basement of this particular building, a portly man—a man whose children, at ages two and seven, are already beginning to despise him—a man whose wife has been confined by the sleeping sickness to their twice-mortgaged, constantly-renovated German Colonial for some 26 months now—this man—who has recently discovered his mistress in a logistically impressive physical arrangement with a bronzed water polo athlete—this balding, mustachioed, sausage-pregnant man­—this man sits and weeps. Three weeks ago, this man was fired from his position on a major local brewery’s PR team. The duty of informing him of this fact had, however, been delegated into oblivion. Thus, our subject became aware of his own unemployment only yesterday, when a certain pomaded and once-friendly beer executive paused while passing him in the hallway. The executive yawned, “You still…work here?” gave his head a refreshing shake, and continued down the hall, leaving our subject to stifle an involuntary yawn of his own while puzzling over his employment status.

And so, being left without even a final paycheck to coast on (the previous check having recently been exchanged for a 2007 Honda station wagon with a broken emergency break, a malfunction that presented itself when said Honda left its parked position in his German Colonial’s inclined driveway, rolling safely across four lanes of traffic only to total itself in the ditch beyond) and having since surrendered his faith to a god of self-inflicted chaos, this man has recently become unbearably aware of the fact that his mother is the proud holder of both a new and fabulous life insurance policy and an as-yet unmodified will. The aforementioned mother currently lives with her son’s stepfather—a man who happens to be both younger than our current subject and equipped with an exotic though unidentifiable accent—directly above our subject’s present seat and, serendipitously, directly adjacent to the aforementioned pomaded executive.

Absently mouthing the slap-bass intro to Seinfeld, the man manipulates a tangle of wires behind a dryer, which neighbors a series of strategically stacked old newspapers, which lead in turn to a rather daunting pile of gasoline canisters, which, judging by their complacent affect, seem to have come to terms with their probable fate.

Meanwhile, some thirty yards above, Buzzcut is beginning to suspect that he has a headache, and to resent the candle in front of him. He blows it out, stands up, and immediately forgets why he is standing.

As Buzzcut puzzles over this, the smoke from his just-snuffed candle meanders its way up toward the ceiling, where a smoke detector blinks emotionlessly. Buzzcut effectively neutered this apparatus years ago by covering it with a piece of tape. But after a long and decorated career as an adhesive strip, this piece of tape has recently given way and gracefully fluttered to the floor. One cloudy tendril of scented smoke now manages to poke the boy’s smoke alarm right, as it were, in the buzzer.

A nasal blare strikes up throughout his entire building. It takes Buzzcut approximately 3.5 blare-cycles to realize anything is happening at all. When he does notice the alarm, he wonders how long it has been going (“forever” seems to be the most plausible answer). Before leaving, as he guesses he must, Buzzcut opens two more windows, Febreezes again, relights his candle, and blows it out. He slips into his trusty flip-flops and double-checks to make sure he is wearing clothes (mesh shorts – check; prom t-shirt – check). Thus equipped, Buzzcut flips and flops his way down four stories to appear on the sidewalk below, where he is pleasantly surprised to see his neighbors already gathered across the street. Some wear half-buttoned work shirts and towels about their waists: others, rumpled flannels and sweatpants. They wear large frowns and little makeup, clutch small, confused pets to their chests, have family portraits tucked under their arms. Feeling that such a gathering warrants such an expression, Buzzcut affects a wide if lower-eyed grin, passes through the small crowd, and continues into the corner store beyond.

Because the basement has never been wired with fire alarm speakers, our porcine acquaintance misses the alarm’s blaring entirely, and covers what little noise he might have heard with his own sniffly beatboxing. He has decided for good measure to crack open one of the gasoline canisters and splash it around a bit, tears drying in saline veins across his fleshy cheeks. The movement involved calls to mind a distant, childish, Edenic time when he had dreamed of being a dancer. This brings on a fleeting smile, followed by a period of redoubled sobbing.

In the corner store, after a brief but intense deliberation involving Pop Tarts, Flamin’ Hots, Sun Chips, Oreos, Cheerios and Oreo Cakesters, Buzzcut has finally settled on a breakfast of one orange Fanta and one pack of peanut-butter Ritz Bitz. Buzzcut presents these items to the Filipino counter attendant (though Buzzcut idly assumes the man is Japanese). Buzzcut has always (erroneously) imagined that a sort of sacred connection exists between himself and this man, despite the fact that their conversations are quite limited.

“Corner Rewards?” the man asks, apparently undeterred by the fact that Buzzcut has answered this same question with a negative every day for years. Buzzcut is shaking his head yet again when the force of an explosion across the street knocks him clean out of his flip-flops. At nearly the same instant, a fire truck, an ambulance, and two police cars pull onto the block, sirens wailing. Professionals in heavy coats and hard hats begin shouting orders to each other, dragging hoses across concrete, crossing their arms, nodding to themselves, etc. Several hastily-clad neighbors will later report having seen a paunchy man with singed whiskers and radially erect hair stumble out from somewhere near the base of the flaming, fractured building before being obscured by squads of paramedics and police officers.

Smoothing their hair and adjusting their sleeves, Buzzcut’s neighbors whisper comforts to their quivering pets, shake their heads solemnly, reassure each other as to the reliability of fire insurance, quietly wonder if they really even have fire insurance, and say aloud to the others in general: “Well, thank God the alarm went off when it did.”

Buzzcut, having finished his Bitz and now quietly enjoying the last sips of his Fanta, is not entirely equipped to piece together the day’s events. He does, however, dimly feel that some sort of positive self-reinforcement is in order. And so he re-enters the corner store, and requests from the Filipino man a pack of cherry-tip Swisher Sweets.

Ezra Olson grew up in a Milwaukee suburb and is a member of the class of 2014. He writes and studies English.

An artist from New York, Max Basch graduated in 2011 with a B.A. in photography. He currently works with the idea of “over seen” landscape by photographing and manipulating historical landmarks.

What Did You Expect?

Standing in a Picasso Exhibit in 3 Parts