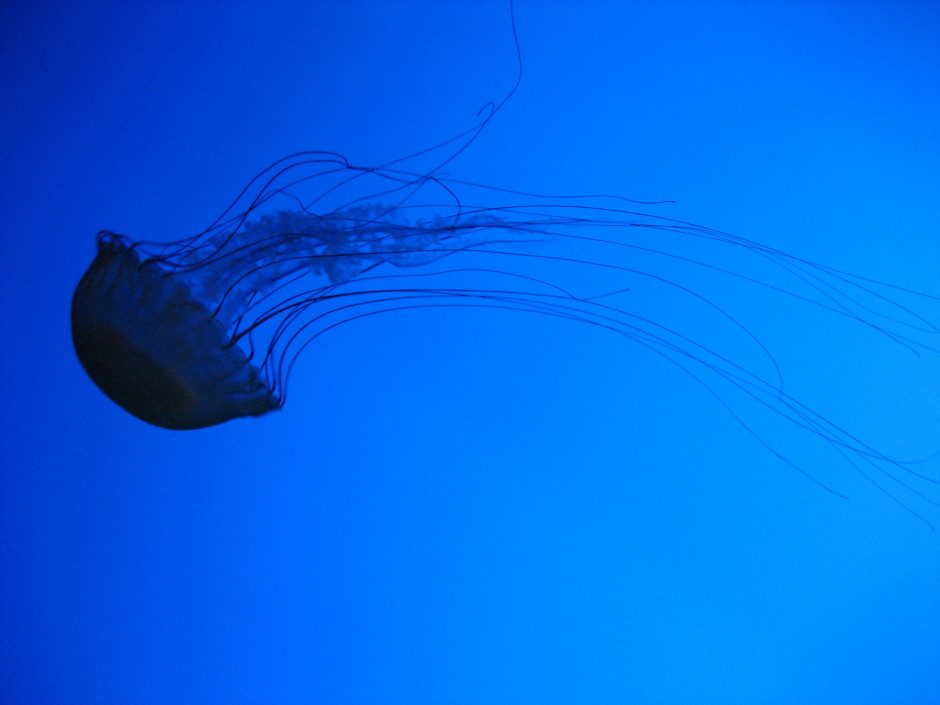 Again the squid that swallows light
has no shadow. It flickers
in and out of sight in the
inexorably slow click of a zoetrope

spinning itself out in pictures.
A full day and night before the squid
blinks with bioluminescence
again, counterilluminates light above

with light below until there is nothing between;
ignis fatuus, a magic lantern
stuttering out slides of a burned city,
alit in this frame and not in the next;

in flames that come after the fire,
ashes of light coughed up on the ocean floor.

Adrienne Raphel, a senior at Princeton University, hails from St. Johnsbury, Vermont. An English and creative writing major, she has been actively involved with Princeton’s literary scene both in and out of the classroom. She is currently working on a collection of poetry for her senior thesis. Adrienne also sings with Princeton’s concert choir, runs, and bakes cookies for an on-campus cafe. She hopes to do postgraduate work in English literature and creative writing. “Phantasmagoria” was originally published in The Nassau Literary Review.

Allison McKenzie is a psychology major at Northeastern University. She can be reached at mckenzie.al@husky.neu.edu.