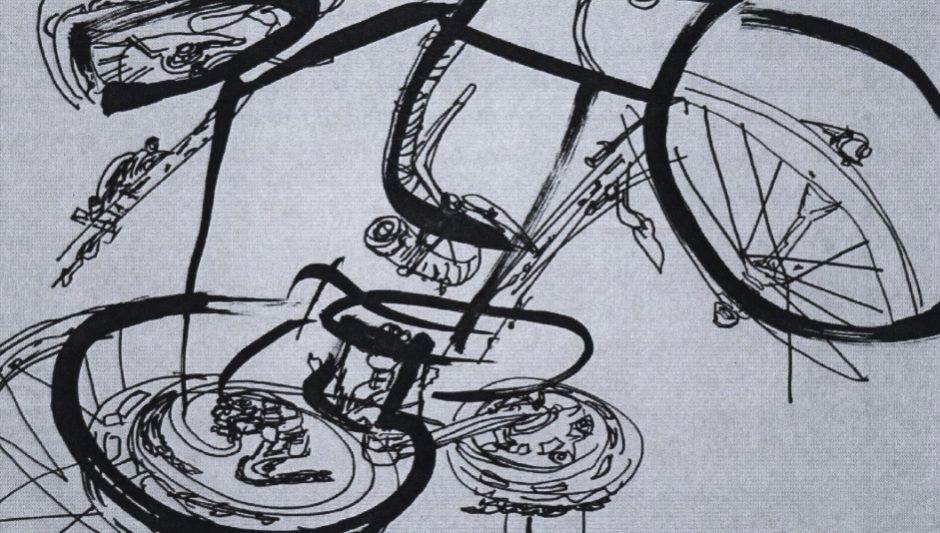 She was rubbing ice on herself, and that was entertaining, but when she leaned over and started rubbing ice on me—that was it, I was in love. I didn’t like her much in the beginning, as far as roommates go. She always wanted to talk about her day and her feelings, and she cried a lot. She would put in these really girly movies and cry all over me; I’d stay for a little, but it was awkward, so I’d act sleepy and leave. Once, even, when I was leaving the room, she tried to grab on to me, and I was really worried that I was going to have to move out.

Then the ice thing happened. The AC was down, mid-July, and I’m not the least hairy fella out there so I tend to get overheated anyway. She leaned over and touched the cube to the back of my neck, not saying anything, like she knew everything about me, like she knew everything; and it wasn’t needy or awkward at all. It was so damn sexy. I just stared at her, because what do you say to a girl when you realize you’re in love with her?

Before, when she was just a girl I lived with—a slightly annoying girl who cooked reeking vegan food, and was a sloppy but not too frequent drunk—things felt average. We’d jog together in the mornings, never talking because I wheeze; she would run in front of me, and I didn’t like that because it seemed so smug. But after the ice, I just felt on when she was around, and I realized things, like her jogging in front of me was because she was pushing me to go faster, she wanted what was best for me, to lose that little pudge, or maybe she just wanted to show me how tight her ass was, which was nice of her too.

And I realized how wonderful she smelled, and how the apartment felt like home because it smelled like her.

She’d get back from work—I couldn’t help listening for the sound of her keys in the lock—and I’d get excited. I’d be asking how her day went, telling her how great she looked, even before she got her jacket off, and she would smile at me, with this big tender smile, and I knew she loved me too.

That’s around the time we started sleeping together. We were both on the couch, watching one of her movies, which I’d come to see really weren’t that bad, and she got up to go to bed, and I went with her. And every night after that, that’s how things were.

She had changed too, I could tell she was happier; she drank less, cried less, she dressed up for me. We became us.

And then one night—I hadn’t slept in my own bed for months—she didn’t come home after work. I was so worried. Finally, at like 1:00 or 2:00 a.m., I heard her keys. When I walked out of the bedroom—our bedroom—she was toppling onto the couch with some guy, and they were going at it, I mean really going at it. And it was like all my love for her, that used to be this big, warm ball right at the top of my gut, turned hard and small, and I started choking on it. I choked and it came out of me as this long, low sound, low but dense, rumbling through my throat. This guy looked over at me; he’s right on top of her, and he didn’t even have the sense to get up. Then she saw me, and started saying something but I didn’t hear it. I just lunged for the guy, straight for his jugular, and bit down, pinning him with my paws. It’s not that I enjoyed having his blood in my mouth, but it was so natural a feeling, really it was.

Jillian J. Williams is a senior at Princeton University, class of 2010. She is an English major getting a certificate in creative writing. “Max” was originally published in The Nassau Literary Review.

James K. MacWhirter graduated from Susquehanna University with a degree in graphic design in May 2010.